French Black Belt, Redouane Ait Said: “We Have Great Jiu-Jitsu In The South Of France.” 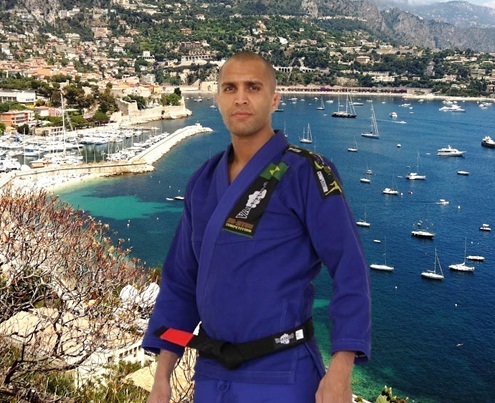 Redouane Ait Said is one of the top competitive black belts in France. In this exclusive interview with BJJ Eastern Europe, he talks about his academy Gracie Barra Cote D’Azure which produces some of the best Jiu-Jitsu in Europe, the fact that not many Frnch black belts compete and the Paris vs South of France BJJ rivalry:

1. Hi Redouane, can introduce yourself to the BJJ community of Eastern Europe?

My name is Redouane Ait Said, 33 years old, I live in Nice, France. I am a student of Christian Thurin and David Giorsetti at Gracie Barra Cote d’Azure. I basically train Jiu-Jitsu at gracie barra cote d’azur and at Boxing squad in Nice and strength &conditioning at Body top with Fabrice Jaen. I’ve have won several championships in France, multiple medalist at Europeans, and winner of several BJJ Superfights.

2.How did you start BJJ? Tell us about your background

I have always been drawn to combat sports and I recall exactly where I first heard about Bjj, it was in 1996 around the first UFCs. Unlike many I did not like Royce Gracie’s style at all for the simple reason that I did not understand anything in what he was doing on the ground. It’s funny to imagine that a few years after that I went completely crazy for the sport and it has completely changed my life on so many levels. I was doing a little boxing, krav maga, etc. … And during a lesson I got caught in armmbar and it was a revelation, and I immediately understood the effectiveness of ground fighting. I started in 2002.

Gracie barra cote d’azur is a bit of a lab where I learned so much techniques, strategy and psychology during a fight, it is a big team of competitors, for all classes, all belts! Many of us continue to fight and have opened clubs but we all depend on Giorsetti and Christian David Thurin. Too many things to say about David Giorsetti. He is a genius of Bjj and a big fan of this sport, I think that he is one of the rare French to have had the chance to train with Helio Gracie! He is more than a teacher to me and he has always paid attention to his students, so we have great respect for him!  He answered all our questions about the craziest and most uncomfortable positions during a fight. 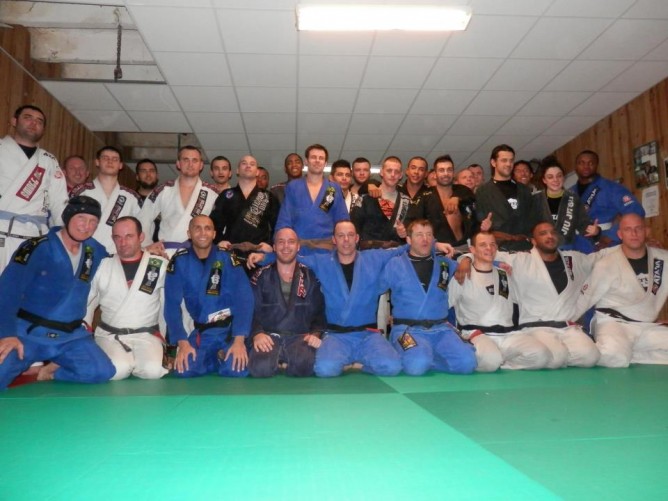 4. France has the largest number of black belts in Europe (around 160). Why do we not see more French competitors in international competitions at brown / black belt, like at the Europeans in Lisbon for example?

I do not claim to know the personal reasons for everyone, so I will only talk about my case that is similar to a lot of competitors. The biggest problem is money to pay for competition expenses like travelling, hotel, full time training etc. I had the chance to fight in Brazil, England, Portugal … and 90% of the time at my expense. In France it is very difficult to find sponsors, this is a first fight. Tomorrow if we paid for everything, flight, hotel, registration … Many French black belts would be represented in the biggest competitions including me first! We all like to fight but honestly the total cost of participating in a international competition can be quite big and can discourage a lot of people …For my part I fought in 5 European Championships from blue to black belt and I was not the only French. I think that it would be very difficult to get all French black belts in Lisbon, many are not competitors and I think it is also an important factor, because in France many black belts have obtained their belt in the thirties. 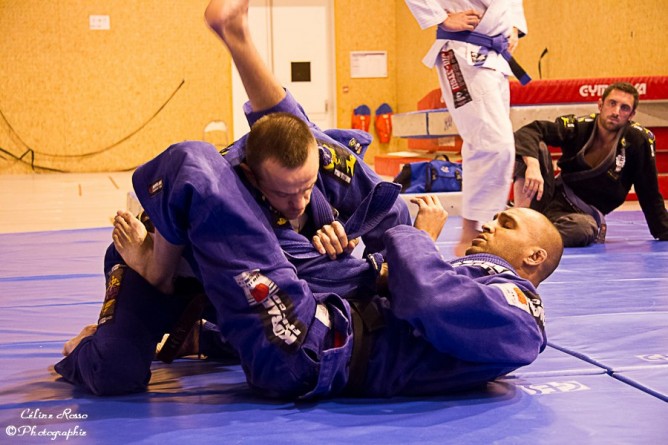 5.How do you see the level of BJJ in the South compared to Paris?

In the south there are a lot of passionate and talented guys just like in Paris. I have fought some guys in Paris in brown and black level and it seems to be equivalent. The big difference is that in our region it’s sunny and warm and in Paris it is not always the case!

6. Tell us about your academy Boxing Squad.

Boxing squad is a subsidiary of gracie barra cote d’azur. We have weight lifting, Mma, Muay Thai, Grappling and Bjj. Aldric Cassata (pro fighter) and Mickael Micallef are the founders. Michel Salvadori and myself we do the Bjj. There are many talented guys for MMA like Miguel Haro, Saief Toumy, Thibault Colleuil, Eddy Missouri and Aurélien Baup to mention a few The academy is open all the time so we can train when we want it’s a tremendous opportunity!

I love  BJJ so much that I try to be versatile. I love playing guard as much as passing. But what I like most is submissions regardless of the position so I try to attack non-stop!

8. Who do you think are the best competition black belts in France by weight category?

Compete as much as possible and find sponsors to fight in Pan Am and Worlds! All without injury! 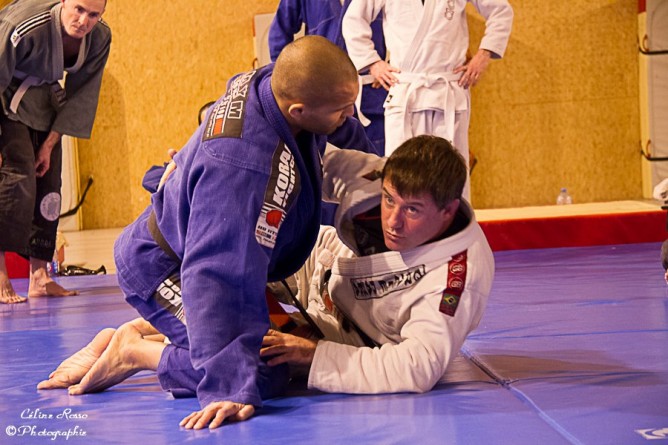 10. If you want to thank sponsors and friends, you can