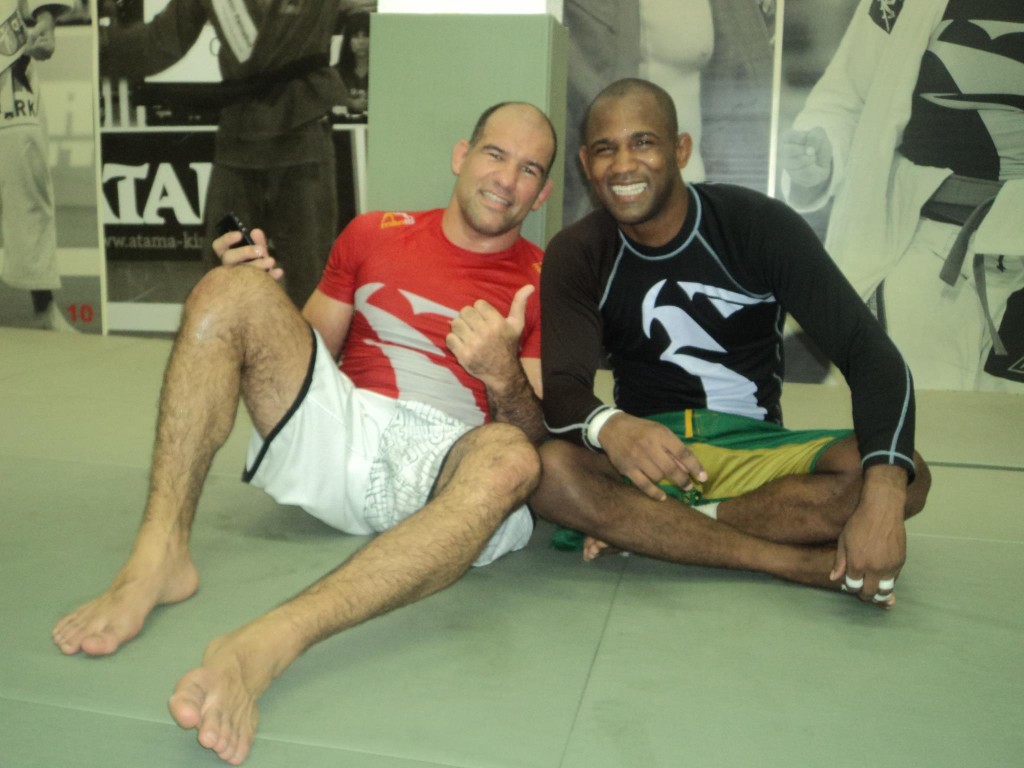 One of the most charismatic figures and legends of Jiu-Jitsu, Fernando Tererê returned to winning ways on Brazilian soil. In a superfight in the National Championship in Sao Paulo, held in November, the black belt submitted by rear naked choke Guilherme Carturam of Barbosa Jiu-Jitsu.

In an interview with Tatame, the multiple world champion, who was without a fight for two months, when he attended the Mexico Open, celebrated his return to the mat in Brazil and said that he would compete at the IBJJF European Championship, in Lisbon, Portugal.

In addition to this championship, Tererê did not rule out his presence at 2013 Worlds in the United States.

On the mats, Tererê returned to the victory road, outside of competitions, the black belt is realizing another dream. On Friday, the fighter revealed that he will open an academy in Rio De Janeiro called Fernando Tererê Jiu-Jitsu – Alliance Ipanema.

Check out the full interview with the athlete:

How was your return to the mats in the National Open?

I’ve been training a lot here in Rio, with Alliance, with Alexandre Paiva, Renan Santiago, and I received an invitation to do a Superfight and was excited. I was training to fight as if I were being asked to fight in another event, then focused training to fight for 10 minutes.

How was the fight?

Well, the fight began standing. I felt comfortable to exchange both standing and to pull guard, but I had more opportunity underneath when I pulled guard and then swept him, putting my foot near his groin and lifting him, with my hook up high. I gained two points, I managed to pass guard there, I fell in half guard, I pressured him and managed to get his back in half guard. Grabbing the back, gained four points and searched for the attack, finishing in back choke. I managed to win by submission.

How long have you not participated in a tournament? How did it feel to be back?

I fought two or three months ago down in Mexico. I struggled there in the Mexico Open, made six fights and returned excited to train for this superfight. I was giving seminars and received this invitation, I prepared myself well and I fough there in the National Open in São Paulo.

The next Friday, I am opening my own gym here in Alberto Campos, in Ipanema, which is part of the Noble Art gym. I’m opening my gym, which will be Fernando Tererê Jiu-Jitsu – Alliance Ipanema. I will continue the trainings with my companions in Rio, making preparations to be in shape to travel to Lisbon in late January for the Europeans.

It is also aiming the World?

Well, I’m thinking of traveling to the United States to settle my documentation and visa to enter the adult weight, and fight good fighters at my weight and stronger opponents in the World.

Who do you see as the best current competitors?

I stopped being in the competition circuit so long. There are some very good guys at middleweight that are standing out. I believe that at this weight, there is no top champion who wins every year and every year there are new champions at middleweight. I intend, with my experience, to be physically well prepared to cope with these names.