Felipe Pena On Overcoming Obstacles To Become a World Champion 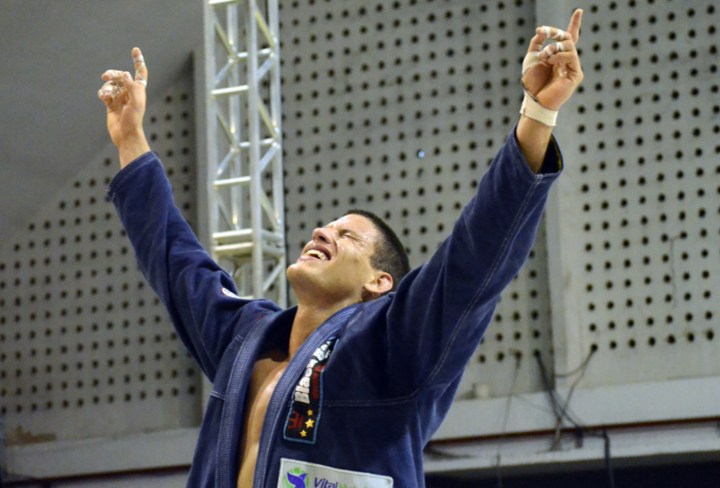 Felipe Pena is often one of the first athletes a new Jiu Jitsu practitioner hears about and looks upon as a role model. And for good reason: „Preguiça“ is commonly mentioned as one of the top jiujiteiros of the world, taking first place in almost all of the most prestigious tournaments around the globe – some of them in more than one instance.

We had an opportunity to have a brief chat with him and to learn how he got his nickname, what his biggest obstacle was, about the way he trains when getting ready for competition and about the advice he gives to his students.

BJJEE: Felipe, it is a great pleasure to be talking with you. A lot of fans know you by your nickname, „Preguiça“, which means „Lazy“. How did you get that nickname, what is the story behind it?

Felipe: When I started training Jiu Jitsu, I used to be a little chubby 15 year old boy… I did not like sports at all I did not like Jiu Jitsu in the beginning, but what I did love was the environment, all the jokes, the friends and I loved simply being on the mats. So, I was on the mats – but whenever I had a chance to skip the rolls and stay on the wall talking, I took it. So Draculino gave me that nickname.
And I definitely didn’t like it; but, in Brazil, when you don’t like your nickname that’s when it actually sticks with you (laughs). After awhile I fell in love with the sport and started training seriously, competing more and more, but that nickname stayed with me (laughs).

BJJEE: So the nickname stayed from the beginning… But, what was your beginning like – who introduced you to Jiu Jitsu in the first place and how did you start getting serious about training?

Felipe: It was my older brother, Augusto “Tio Chico” – he was a brown belt already, one with many titles including the World’s as a purple belt. So he was the one who brought me to train! After six months I just had so much fun doing BJJ, much more than doing anything else, and it was something that happened naturally… I started getting into competition, training more, eating well – living the BJJ lifestyle!

BJJEE: But that journey must have had its own share of obstacles… What was the biggest obstacle for you, in your climb through the Jiu Jitsu ranks?

Felipe: I think that the most difficult thing for me was to make people in Brazil believe in me. To get them to actually believe that I could make a living out of Jiu Jitsu…
Being an athlete, especially in Brazil, is very hard. People looked at me with different eyes when I was at the beginning of my career and when I said that all that I wanted to be was to be a Jiu Jitsu athlete. I needed to overcome that bias. But of course, there are so many other obstacles in front of you as an athlete, and to be successful you need to overcome yourself everyday.

BJJEE: And you overcame those obstacles with great success, becoming one of the best in the world!
What would be the advice that you’d give to those who want to become world-class competitors, such as you are?

Felipe: It’s just a dream come true. I did everything and abdicated so many things since I was 15 years old in order to accomplish that! My advice would be: everyone can do it and get there. But you need to be willing to pay the price and you can’t ever stop believing, no matter what.

BJJEE: You lead with example, as it was through your own sacrifices that you’ve amassed a number of titles and achievements… But if you had to choose one title, one that gives you the most joy, which one would it be?

Felipe: My proudest one is still to come, the one when I become an Open Weight Black Belt Champion. That is my biggest dream right now… But until this present moment, it is definitely the ADCC Open Weight Champion title. 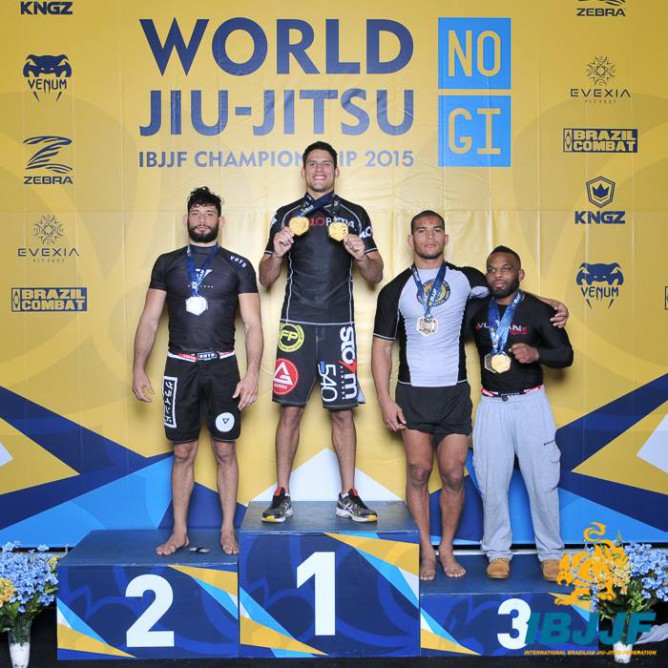 BJJEE: And what about your training for matches; how many times a day do you usually train when you are getting ready for a tournament, during the season? What do you do on the training days?

Felipe: Nowadays I attempt to do a camp in order to prepare for the competition. And, of course, I am training all year round; but when I decide to compete, I high intensify the training for the duration of 8 or 10 weeks… And during that period, I train 2 to 3 times per day, which includes BJJ, drills, wrestling and physical training.

BJJEE: A world-class training regimen for world-class achievements, in short. And what do you, then, usually tell your students when they want to compete? Is there some sort of advice that you give them?

Felipe: It depends a lot on the goal that a student may have. But if my student wants to be an athlete, I try to show him that it is a long process which takes a lot of sacrifice, strength of will, love and patience! Nothing will come easy, but at the end of the day, the results depend only on himself.

BJJEE: Awesome advice! We are sure that our readers who compete will resonate with it very much.
And as our last question, is there any other advice that you’d like to share with the readers who are well on their BJJ journeys?

Felipe: Yes. Don’t let people with different lives and dreams say what you should do and believe in. Try to always listen to them with attention, but also aim to trust your instincts at the end of the day.

BJJEE: Thank you very much for your time, Felipe. It was a pleasure talking to you.

Felipe: You are welcome and thank you.