Felipe Pena: “I Was A Little Chubby 15 Year Old Boy… I Did Not Like Sports At All” 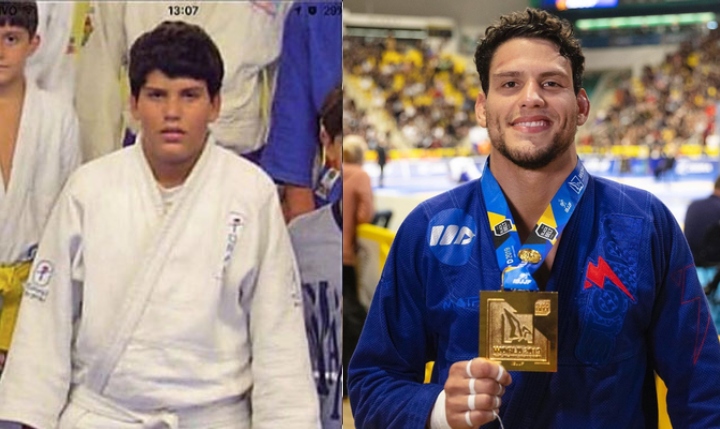 Everyone’s got to start somewhere… Even the biggest of champions had to, such as Felipe Pena – who, self-admittedly, didn’t really like sports before he started training BJJ.

In fact, he didn’t like BJJ as a sport in the beginning either. But he liked the environment, liked the people, and enjoyed chatting with others.
So much so, actually, that he’d skip the rolls anytime he had a chance to; which is why his coach, Draculino, gave him the nickname „Preguiça“ – which means „Lazy“.

Pena spoke about it all in an interview with BJJEE:

When I started training Jiu-Jitsu, I used to be a little chubby 15 year old boy… I did not like sports at all.

I did not like Jiu-Jitsu in the beginning, but what I did love was the environment, all the jokes, the friends and I loved simply being on the mats.
So, I was on the mats – but whenever I had a chance to skip the rolls and stay on the wall talking, I took it. So Draculino gave me that nickname [Preguiça].

Pena didn’t enjoy that nickname, but as it is the case with nicknames – they stick even more if you don’t like them:

I definitely didn’t like it; but, in Brazil, when you don’t like your nickname that’s when it actually sticks with you (laughs).

After awhile I fell in love with the sport and started training seriously, competing more and more, but that nickname stayed with me (laughs).

Make sure to read the entire interview with Pena on the following link.