Felipe Costa: “People Who Never Compete Tend To Make The Gym Their Competition” 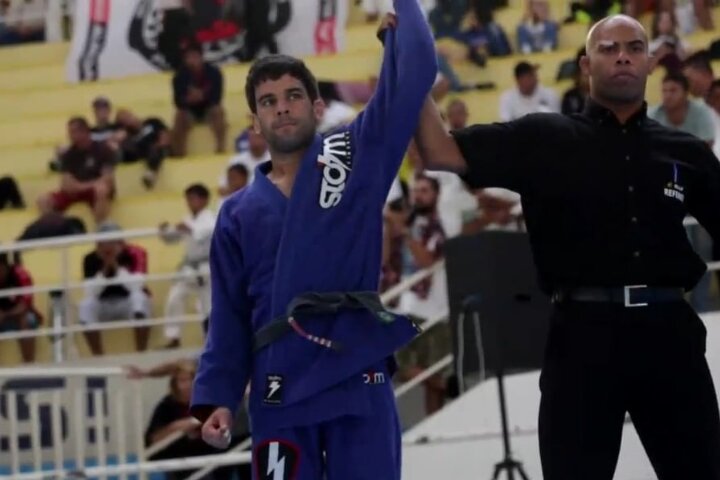 What do you focus on the most in training… Do you focus on trying out the newly taught techniques, even though you’re aware that they won’t work immediately? Or do you resort to tapping your training partners out with the moves you already know? A lot of BJJ athletes, especially white and blue belts, opt for the second option. They try to win the rolls in their academies; instead of practicing and learning new things.
Felipe Costa explains that you need to make your BJJ gym into a “laboratory” if you want to improve to the best of your abilities – and to leave “winning” for competition:

But, I definitely learned that [to leave his ego behind] because I became a competitor – and once you make that transition, getting tapped in the academy totally changes its meaning. It becomes a perfect opportunity to see what and where to improve. People who never compete tend to make the gym their competition; whereas the ones who experience tournaments tend to make the gym into a laboratory, into a place to improve.
That simple mentality shift, in my understanding, will make a difference on your progress both in the academy and in life.

He also emphasized that it’s vitally important to leave your ego behind:

We learn so many lessons on the mat, right? I’m afraid to pick one as the most important… But what jumps out in my mind as a very important lesson is that YOUR EGO will be an obstacle on the way of your progress.
I learned that very fast, maybe because I was usually the smallest one in the academy. And because I didn’t have much of a choice but to accept that, most of the time, people will overpower me. Or, maybe because I was the youngest brother… And that I got used to losing to my older brother in many games or situations; and that didn’t bother me as much.

Make sure to learn more about how Felipe Costa became a world champion in his full interview with BJJ Eastern Europe.