Felipe Costa: “Even Without A Gold Medal Around My Neck, I Behaved Like A Champion” 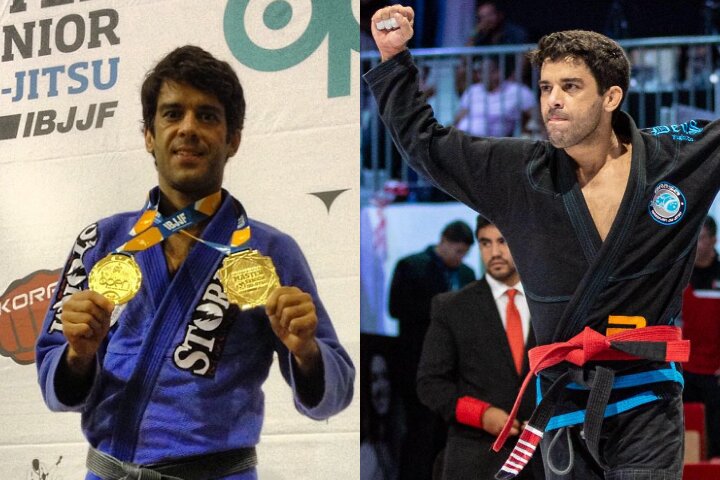 Felipe Costa is a BJJ black belt under Rodrigo “Comprido” Medeiros, who won world titles across IBJJF, UAEJJF, and CBJJO federations. However, it’s taken him quite a while to reach that level of success… As a matter of fact, he didn’t win a gold medal at a major tournament up until he was promoted to black belt!
But, even when he was losing one match after another, he continued carrying himself and training like a champion. He talked about it in a conversation with BJJ Eastern Europe:

I was completely unknown and the last person people would bet on to win in many tournaments and, even more so, the Worlds. But, what I believe to be the reason behind my success as a black belt has a deep relation to the answer I gave previously about ego and the way I carry myself.
I was never a gold medalist in the colored belts at IBJJF; the best I did growing up was conquering minor tournaments that were not impressive at all. But still, I was super proud of them.

I lost so many times and in all kinds of different situations that you can imagine. It’s not even a joke – think of a way to lose a fight. What came to your mind? Yep, I have lost that way. That is how confident I am of my losses. (Laughs)
But, even without a gold medal around my neck, I behaved like a champion, I carried myself like a champion, I trained like a champion, I focused on improving my technique as a champion. So when the opportunity came, I was ready to take the gold and officially become the number one.

He went on to explain how it’s important to keep going even when you feel like giving up. Even when you’re failing:

Of course, I would love to have won everything possible on the colored belt, but I didn’t. Most people would have given up before their black belt. I didn’t stop because I enjoyed the training process and getting ready for a challenge, more than anything. Winning or losing will always only be the side consequences.
I have won a gold medal in ALL major gi tournaments of the World as a black belt, but even that didn’t come easily. When I speak about my results, people think I was winning gold after gold instantly after I got promoted to the black belt, but the truth is that I failed many times as well. But that is what made me into who I am today.

Read the rest of our interview with Felipe Costa here.