Fabio Gurgel: “More Money In BJJ Is A Good Thing, But…” 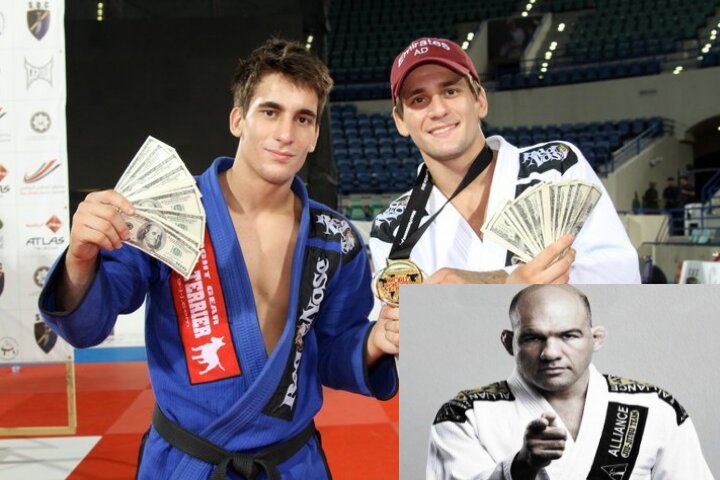 As a general rule, there should be more money in BJJ. Why? Well, because more money equals bigger paychecks for the athletes; and bigger paychecks mean that the sport will rise in popularity and professionalism. However, what happens when Brazilian Jiu-Jitsu is used as a means to an end – with the “end” being synonymous with “cash”?
Fabio Gurgel, the CEO and Head Coach of the Alliance Jiu Jitsu team, spoke about the issue of more money in BJJ for BJJ Eastern Europe:

Sometimes, today, we encounter problems with individuals that simply want to introduce more money to the table. And this is done just for the sake of money, not for Jiu-Jitsu in any way, shape or form. And we act very carefully with those sorts of things.

Let me give you a simple example: let’s say some people want to go out there and create something similar to the IBJJF for example. Again, this is just an example, for it is an easy one to understand for everyone reading. Now, those people want to create that JUST for the sake of money and of bringing attention, so they offer money for the athletes to go out there and compete for the money.
And don’t get me wrong. More money in the sport is an aspect of the Jiu-Jitsu evolution; and this is great since it means that the sport is progressing. But, what’s dangerous is the focus on providing the short-term benefits… „Fast money“, sort to speak, instead of choosing true Jiu-Jitsu and still getting that money, just over a longer period of time. We try to work and see a little bit further than that.

He went on to emphasize that Alliance stands alongside with the healthy growth of BJJ:

Alliance stands beside Brazilian Jiu-Jitsu, so that people can get whatever they want; be it prize money, sponsorships, gift packages and so on… But we stand with true BJJ – with those who see Jiu Jitsu as a way of life first and foremost. Money is good, but Jiu Jitsu needs to come first.