Fabio Gurgel: “BJJ Beginners Should Be Taught Self-Defense Before Anything Else” 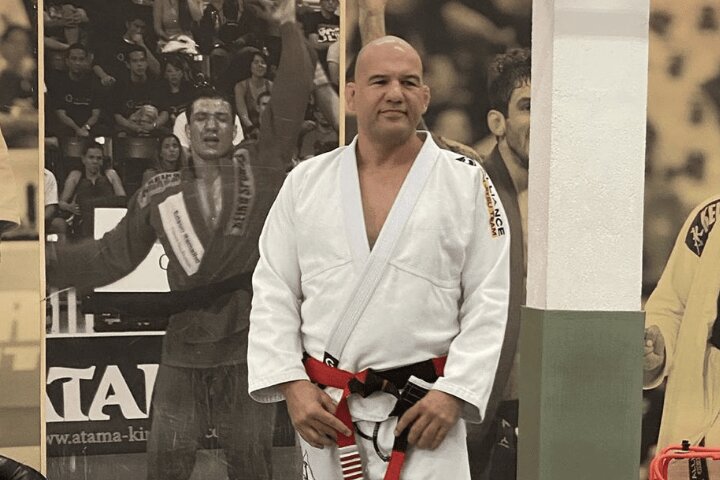 Imagine going to your first Brazilian Jiu-Jitsu class, being clueless so as to what BJJ actually looks like. You kind of have an idea that you’ll learn things that have to do with being able to subdue an opponent and escape from being pinned down… But other than that, you have no idea what you’ll be taught. Maybe you were even just brought in by a friend and you’re simply interested in giving Jiu-Jitsu a chance.
And then, the instructor starts showing a Berimbolo. Or a Guard Pull… How high of a chance do you think that you, and other BJJ beginners being taught this, have for coming back to training again?

That’s exactly the point that Fabio Gurgel is making: BJJ beginners should be taught self-defense techniques first, before anything else in Jiu-Jitsu.
In an interview for BJJ Eastern Europe, the Alliance Jiu-Jitsu team’s CEO and Head Coach shared his thoughts on the subject:

Imagine someone who never did Jiu Jitsu before, someone who doesn’t have a clue about it. He comes to class. What is the first thing that you are going to teach him?

Is it a Berimbolo? Or maybe a more simple one, a Triangle? Sure, Triangle is a very simple move to apply, that you can teach the other side without many problems. But your question should be: does that make sense? Does doing a Triangle make sense for a person that never did BJJ? And the answer is: 100% no.
So, the chance for that person leaving BJJ is pretty high, since you didn’t give him anything to really understand, anything that makes sense. However, if you teach that person self defense, then it makes sense because self defense speaks for itself.

They should be taught self defense before anything else. By doing that, they will find out that their instinct does not really go hand-in-hand with Jiu Jitsu; as they will understand that they need to learn what to do in certain situations. Which is the opposite of what their instinct is telling them to do. They will realize that what is good to do in BJJ is what goes against their own instincts… And as they realize that, they will have a basis for a much better understanding and learning about all of the other techniques later on.

Make sure to read more on Fabio Gurgel’s thoughts in his full interview for BJJEE.