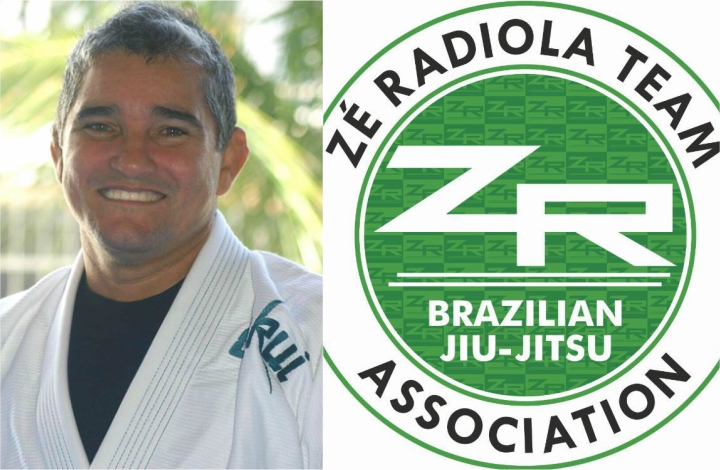 Ze Radiola is one of the most respected and successful BJJ instructors in the world, from his Gracie Barra Pernambuco academy, he had formed world champions such as Braulio Estima, Victor Estima, Otavio Sousa, Lucas Rocha and many others. Last year at the Worlds, he lead the Gracie Barra team.

Ze Radiola and his students that are joining him at ZR Team control around 120 Gracie Barra schools in Brazil, around 15 in the US and over 56 in Europe. More teams are also expected to join in them in few days and weeks. On Gracie Barra’s website they say that they have 300 BJJ schools worldwide but the correct figure is now around 1,000 schools (500 affiliated and 500 non-affiliated) . This would mean losing a big chunk of schools and more importantly many of their champions.

At this point, it is still unclear just how many prominent black belts under Ze Radiola will follow their master in this move but as the days go by, it will be clearer who has chosen whose camp. Ze’s black belts in France Cristiano Rodrigues (ZR Team Nice) and Alessandro Oliveira have joined. Lucas Rocha, Ze’s nephew has joined. The biggest player is Max Carvalho from Hungary, who controls over thirty schools in Central-Eastern Europe + Russia and Asia.

All in all, the following countries will have ZR Team schools and all together over 190 schools and counting:

Ze Radiola chose BJJEE as the first BJJ media to publish his first official interview as ZR Team leader.He spoke about his reasons for leaving Gracie Barra, the current status of ZR Team, plans for the next few years, how he plans to lead the team, team Alliance and much more..

1. Mestre Ze, why did you decide to leave Gracie Barra after all these years?

It wasn’t an easy decision! I spent a long time dealing with conflicts, I had never thought that I would leave Gracie Barra but when I realized that I’d have to put my principles aside and that all my dedication and years of hard work didn’t mean anything to the team and weren’t even enough to make a difference, then I got really disappointed. This whole process lasted for a year and then I realized I had to go my own way. My Master could have told me whatever he wanted, he was always aware of everything that happened during that time but not even once anyone came to me and asked about my point of view. The last time I talked to the Master was a year ago when I left my town in Pernambuco to go to my Master’s house in Santa Catarina, in the South of Brazil. At that time I was asked to wait a bit and I was told that he was going to solve the problems I was having with an instructor from another Brazilian state (Rio Grande do Norte). Since then I had many discussions with other directors of Gracie Barra but none with the Master. That’s when during the World Championship I realized that I couldn’t possibly be part of my old team any longer. I lived these past 20 years in total loyalty and dedication not only to my Master but to my students and the whole Gracie Barra Team! I was present in the most important championships, always supporting the whole team. I don’t know how to live any other way but with motivation and enthusiasm. And that was the main reason (I left the team).

2. What is the actual status of ZR Team? How many jiu-jitsu schools do you currently have? In which countries are you present?

The ZR TEAM is currently under implementation. I still cannot tell you the exact number of schools which will follow me because that keeps changing all the time. I will inform everyone once the whole process is concluded as I do not want to spread misguiding information. All I can tell you is that I am very happy with the ones who’ve decided to stay with me and I can only thank them for their support! As soon as things are defined, we will make an official announcement. 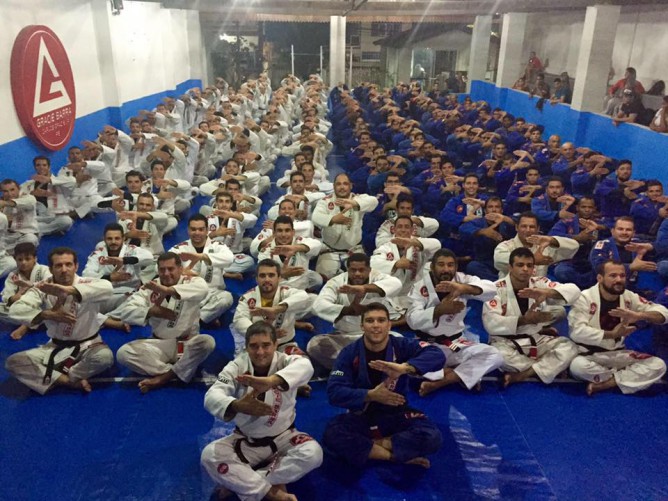 This is a year of work and changes! I will support all the schools and instructors who believe in our project. I know I will have to travel a lot and I will always be available when needed. My focus will always be Jiu-Jitsu. I want my students and instructors to keep learning, this is my objective and it will be the main pillar of a strong, united and competitive team. I have the support of very experienced instructors and they are helping me to make all of our goals come true. The administrative part, organization and standardization have already started and soon we will inform our partners.

4. How different will ZR Team be compared to Gracie Barra? And what about the similarities?<

I don’t like comparisons! I just want to bring with me all the positive things I have learned as a instructor and school owner and change the things I didn’t like. For example, in our schools we’ve  always taught students with different expectations. We taught people who just wanted to have a physical activity, we taught kids, we taught people who wanted to learn how to defend themselves and we also taught the ones who enjoy competing. I’ve always believed in the importance of competition. I believe that competition is important even to children as it is educational, motivational and it teaches them how to fight for their goals. Not to mention that it is also a display of our work to the world.

5. Are you open to receive other non Gracie Barra schools in your team? What could you offer them?

My main concern is the quality of the instructors! We will always support whoever has interest in joining our team. And I believe it is very important to keep recycling. I like what I do, I like to teach, so that won’t be a problem to me. I believe we already have the most important of all: a top quality Jiu-Jitsu. 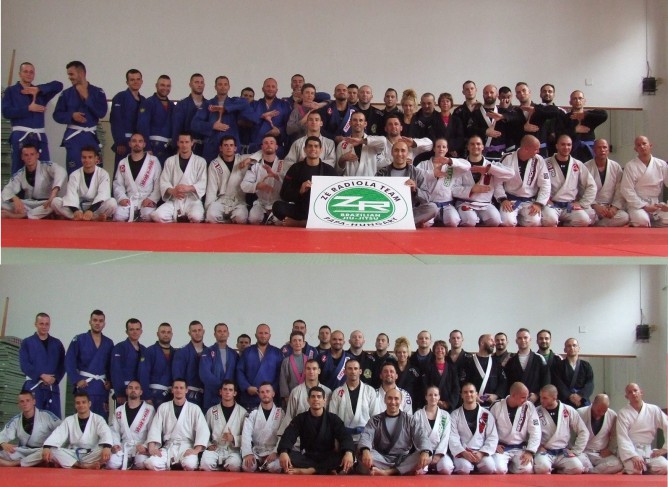 6. Who are the biggest competitors of ZR Team in all aspects?

My team never stopped evolving. I will give you names once our team is defined. But as I have already mentioned, that keeps changing all the time. You’ll have to stay tuned.

7. What is the relationship between ZR Team and Alliance?

It’s friendship! I respect and admire everyone at Alliance but we are very distinct teams. From the moment I decided to leave my old team, my idea was always to build my own team.

I would like to thank everyone who believed in me and supported my work. And I also thank all the teams for the love and respect they’ve had towards me during one of the most difficult times I’ve been through. And to the ones who criticized me and called me a “creonte”, first they should do everything I did for my old team and athletes and truly dedicate themselves with loyalty. Then maybe they will understand what I went through.

Thank you so much.