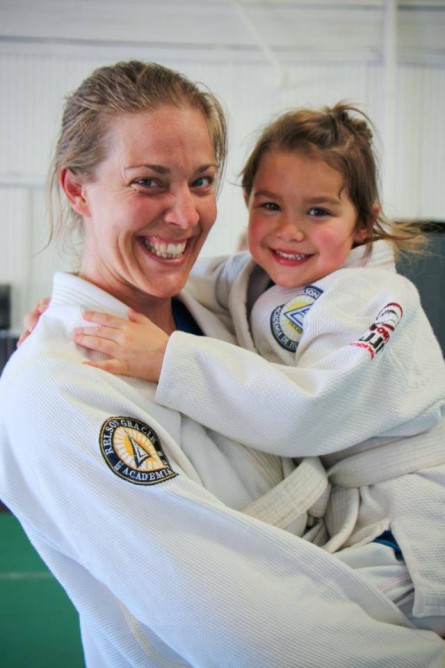 Hi Christy, can you please introduce yourself to the BJJ C­­ommunity of Eastern Europe?

Hello BJJEE! My name is Christina Thomas, I own and operate the Relson Gracie JiuJitsu Austin Association. I’m a native Texan and I’ve lived in Austin since 1998. I started training in 2001 and I’ve been an active competitor and loyal practitioner ever since. I train on my own mats here in Austin, with our team around Texas and our team on Oahu, HI at any given chance. I’m 34 years old this year and I’ve been on the mats since I was 22 years old.
My main competition accomplishments have been at the Arnold Gracie World Championships in Columbus, Ohio between 2002 and 2006; also the IBJJF Worlds/ NoGi Worlds and Pan Ams from 2007-2009. I placed 2nd in several IBJJF events making that my highest award as a brown belt in the brown/black division and absolute.
My proudest moments as I have journeyed through my JiuJitsu have been the following:

As a blue belt putting my competitor to sleep with a baseball choke in Ohio. Relson loves seeing fights finished with submissions and it is fun to impress him. I clearly remember his reaction and his delight when Robin Geisler also sub’d his guy with a baseball choke that day in the brown belt division.
Tapping out black belts as a brown belt. I’ve always been told that girls are all
promoted to different standards depending on whom they train with and where
they train. I think that after blue belt the larger divisions have been the
most fun as a competitor and I feel so lucky to train at a time when the female
numbers are high in all ranks.
Fighting to second place of the female brown/black division in the 2007 IBJJF Gi Worlds. That was my first time fighting that rank and the event had just moved to CA. I always like to fight Penny Thomas, especially in the gi. That podium felt
amazing even at number 2.
Witnessing Relson Gracie become a 9th Degree Red Belt Grand Master. I had never witnessed him being promoted prior to that day. I was and am still very proud of him.
THE #1 proudest moment for me so far has been receiving my black belt from then Master Relson Gracie. It’s incredibly special on so many levels. I can remember so many things when I take time to reflect into that belt, my time and my many experiences. I am truly grateful for that part of my life. 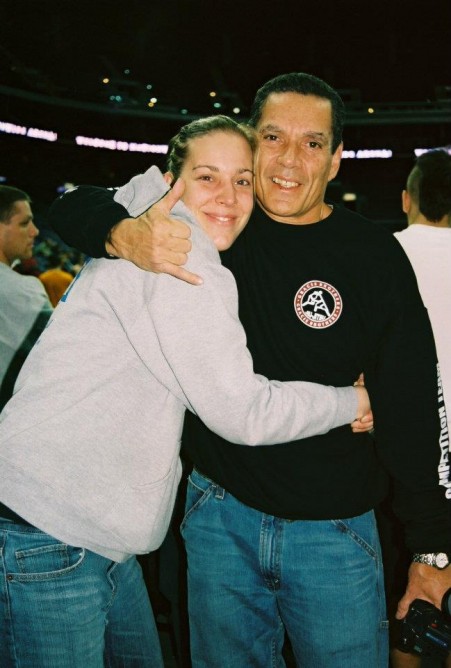 Please guide us through your Jiu-Jitsu journey.

Please tell us about your academy and your team.

My team is amazing. They are kind, technical and seem to never tire of sparring,
drilling or soaking up the knowledge. The guys and gals are tough and have
endless curiosity of the art and how it may further benefit their lives.
My academy is a very special place. We’ve been tucked away from the street causing people to search us out. I see the eagerness in each person who makes it through our doors. They quickly notice the clean simplicity of my facility and
the lack of air conditioning. This has been a great help to build and maintain
endurance, conditioning and health in our student population.
Bringing Relson to Austin made us the first Gracie academy in the Central Texas area, Royce has had Hawk Hardy in East Texas for quite the while and Carlos Machado is in Dallas, which is roughly 3+ hours from Austin.
Since 2000 Relson Gracie Jiu-Jitsu Austin Association has been local and the trusted source for legitimate training under the Gracie name that people were searching for. We’ve been through seemingly all of the ups and downs of our industry and have made it through to push past the growing pains of Austin. As it is now, I am confident in my academy and have learned to let people come into our lives and only remain if they deserve to. I am pleased to have new faces in any of my classes and for anyone including women or young adults to train with any of my members. I trust the people around me and, in my opinion, that’s a really great thing to be able to say. 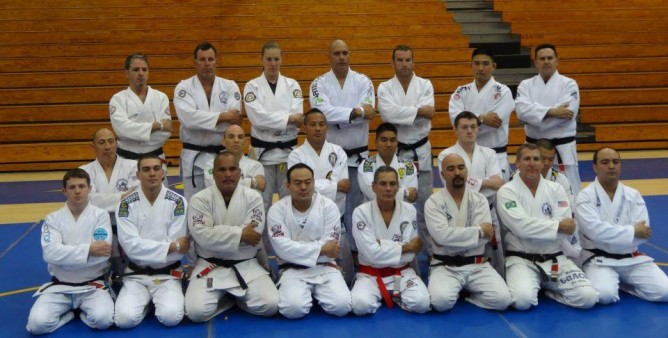 You train the self-defense aspect but also compete in sports Jiu-Jitsu.
What is your view on these 2 aspects of Jiu-Jitsu. Can they be mixed together
successfully?

Of course! There’s a fine line between self-defense and sport. In the game, when
or if someone taps or screams, we may let go as a rule and as a show of good
sportsmanship. There are so many degrees of how this can be abused. Nobody
wants to be the spas or the less technical one. People tend to try to have a
flow and finesse.
In self-defense, there may likely be cause to push through a point that would never be allowed in a sport setting. To hold without help from any outsider and to complete what you must to come out safely or for all persons involved to not only come out safe but also explain to any authorities. 100% of the self-defense curriculum is JiuJitsu. If you know self-defense, you can further develop to play on the ground.
I learned backwards. I played first and invested in myself after. I recommend for
every single person who spends their precious time on the mats to invest in
their own actual safety and become proficient in the Helio Gracie true
curriculum of self-defense.

Please tell us more about Grandmaster Relson Gracie and your relationship with him.

Relson Gracie is one of the most authentic people I have ever encountered. We are very close and share a deep bond in our friendship. When we put the Gi on, he’s very strict. He takes the utmost care in conveying his daddy’s methods and wisdom.
Somehow he remembers everything from EVER. He knows what I train, who with and where. He’s seen almost every one of my matches and yelled the loudest. He’s hugged me, stood up for me and pushed me when I’ve needed it. He is patient when I am being stubborn. I find it special how he will listen to and consider your side/point of view.
We share interests in music, cooking, growing fruits, trees and other plants. He should be next to the definition of – living life to its full potential. It feels like we have a certain side language and I find myself sometimes translating what he says to other people (with delight). He’s got such a presence and he’s always been so down to earth. He’s a true friend.
I am so blessed to have all of his important ladies in my life as some close and
valuable friends. I’ve also developed a deep love for his family and keep in
contact with many of those great people. I enjoy spending time in Hawaii and
getting his granddaughter on the mats. I also have the pleasure of getting to
see his youngest daughter here in Texas when she visits with her mom.
I’d count him in my most important people. He won’t ever leave that list. I love
him to death!

Have you ever used Jiu-Jitsu in a real life situation? (please detail)

For sure …
I have used my JiuJitsu to keep safe and not get hurt in some fights I have
been involved in. Honestly, I use it all the time, when I’m walking alone or
with others. When I go to a public grocery or other gathering where people can walk up to you or out on the street when you are approached. Basically the assessment and the confidence in your safety are what have formed as habits in my life.

Well, this year Relson was promoted to Grand Master. Since this time we have been building inside of our own team. There are some priorities like pushing the
progression of our self-defense curriculum to our newer students versus the
popular concept of focusing mainly on sporting events. We have all been working
together to make this a more conformed process. I’m looking forward to watching my guys flourish in their art and game on the mats as well as their character and patience both on and off the mats.

I’d really like to thank my students. The drama and politics of JiuJitsu have
revealed to me some of the best and worst in people. I am truly grateful to be
surrounded by people who have such high character in the sacred place in which
I spend most of my time.
Sometimes I feel like I can’t open up to anyone and knowing that that is not true, I’d like to specifically give thanks to Richard Giberson and Relson Gracie, as well as, my always wonderful family and my beloved non-JiuJitsu friends.
One other special thank you must go to my fellow Relson Gracie black belts.

Thanks Christy and all the best!
Thanks, Gui! Thanks, BJJEE!