Exclusive Interview With Andre Borges, The Man Behind BJJHeroes.com (The BJJ Encyclopedia)

If there is one website that really sticks out as great source of information about the history Jiu-Jitsu it is BJJheroes.com which can really be considered as a BJJ encyclopedia. The man behind this great site is Andre Borges who is Portuguese and lives in London. In this interview with BJJ Eastern Europe, Andre discusses his Jiu-Jitsu story, his work with the site and future plans:

1. Hi Andre, can you please introduce yourself to the BJJ Community of Eastern Europe?

Hi, my name is Andre Borges, most people that know me in the Jiu Jitsu community call me “Portuga” because I was born in Portugal. I am 35 years old, and I am a BJJ black belt. 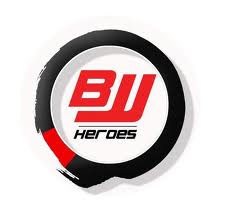 It started a while ago, I was interested in Martial Arts and started through Tae Kwon Do, which I did for a few years. One of my closest friends who trained Aikido started doing Jiu Jitsu. We were both interested in Vale Tudo, and although I had heard of BJJ I wasn’t sure about how effective it could be. One day after a little sparring session he proved how good Jiu Jitsu was by beating the crap out of me, I was surprised because I was bigger then him. After that it wasn’t for long until I started looking for BJJ gyms to train in. This was around 1999 I think.
I found a gym and did BJJ and TKD for a while, but I was working full time, studying and training at the same time and something had to give, so I left TKD behind. I trained hard with my first instructor and competed for the first time, got submitted on my first fight, didn’t enjoy that very much so trained harder for my next tournament. I fought again and was submitted again, I was gutted as I had always done well in Tae Kwon Do. On the following week my instructor told me I was ready for my blue belt! I was very surprised and told him I didn’t believe I was ready as I had lost twice. He insisted, in fact he insisted a lot, we ended up clashing heads a bit and I switched teams. By chance, Jean Kleber (from Kimura-Nova União) had just arrived in my town, I knew who he was and admired him a lot so I joined his class which was in the back room of a bakery, it was crazy. The mats were improvised old mattresses, it was very, very low budget but it was the awesome! Jean was incredible and one of the best coaches I have trained with, very technical and an amazing person. The results of training with him were pretty much immediate, 6 months after I ended up receiving my blue belt from him, he later moved to Boston in the USA and another one of his team mates, Reinaldo Ramos picked up where he left off. Reinaldo had just won the World Cup and was quite a competitor but ended up quitting the sport for personal issues, that is when I met Dinarte “Silva” Junior (also from Nova Uniao) and trained with him for the next few years. 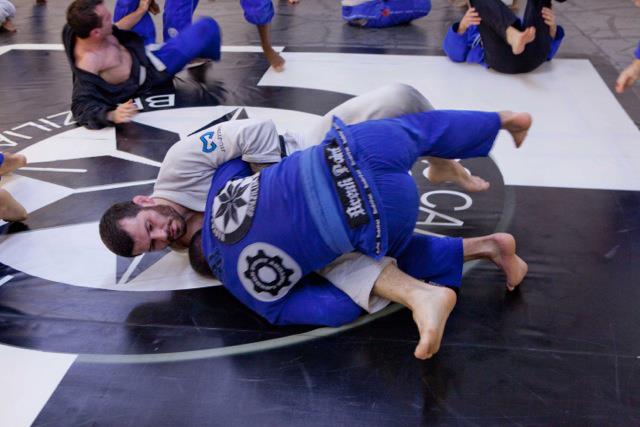 In around 2004/2005 I moved to England and started training with Roger Brooking from Alliance, he was awesome, I really enjoyed training with him and his guys, some of the best friendships I have today started in that London gym, great bunch of people. After some time I had a nasty training related injury to my spine, which put me out of action for a good 8-9 months. When I returned Roger had stopped coaching. I then spoke to Rodrigo Cabral who I had met at Roger’s and he was giving the classes at London Fight Factory, so I moved over there. LFF had the same atmosphere as Roger Brooking and the same crew for the most part so I stayed there and had a wonderful time, great guys all around; it was an amazing experience to. That is where I met Marco Canha who was the head coach there and who awarded me my black belt. I really liked Canha’s coaching methods which are a bit different from the rest and he was an all around amazing guy, so when he opened up his own gym (Fightzone London), late 2012, I joined him and that is where I am today.

3. How did you decide to start BJJ Heroes? (Please tell us about how it started and how is it developing etc..)

The idea for BJJ Heroes started at the end of 2009. Since I started training I’ve been very driven to BJJ, I probably watch a couple of hours of BJJ a day and have done so for quite a while. I don’t really watch TV, hardly know what’s going on with the world for the most part, but if its BJJ related, I will eat it up. I remember talking to a purple belt training partner from London and he mentioned he had no idea who Terere or Nino Schembri was, I thought that was incredible. So I decided to gather information on some of the people I thought were relevant, before I knew it I had over 300 names that I wanted to write about. I’ve met a lot of people through the years, so it wasn’t hard to get in contact with the majority of the figures on the website and ask them to tell me their stories, the remaining ones I had to compile research and do interviews to learn as much as I could about them, also had the help of a bunch of people that got me in touch with a few of these BJJ heroes. From there to building the format was like putting 2 and 2 together, it just made sense. I didn’t expect the website to get such a high demand, I’ve had to change servers twice due to traffic increase haha, but I guess there was an unexpected thirst for knowledge out there, which is great.

4. How much time do you spend working on your site and what are the benefits that the site brings you?

I spend a lot of time reading about BJJ or checking BJJ fights online, interviews, news, etc, so I guess most of the time I am doing research or “working” on the website and I don’t really feel like I’m working. I spend pretty much all my spare time on it, don’t know how many hours that equates to at the end of the week, but a few, it differs from week to week.

Strangely I don’t think I ever stopped to think “what am I getting out of this” that’s a good question. I guess the big benefit in doing BJJ Heroes, for me, is that it gave me focus, and helped me know a bit more about some of these BJJ’ers personal experiences. But the idea behind it is that it can bring some exposure to the sport’s history and to the real people in Jiu Jitsu – this is the real kick I get out of it. 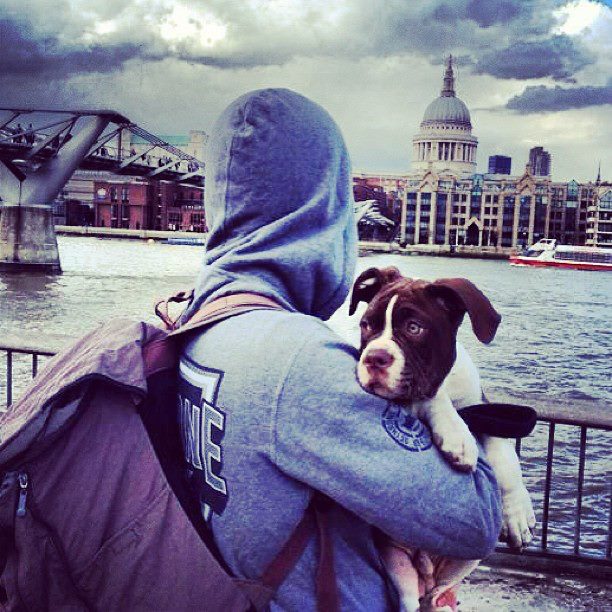 5. Please tell us about your BJJ academy Fightzone.

Fightzone London is an affiliate of Ricardo Vieira’s Fightzone in Rio de Janeiro. The London Fightzone branch is a project put together by two friends of mine, Marco Canha, who I mentioned before, and James Roach. They have opened a tremendous gym space in East London (Hackney, Bethnal Green area) and I followed them. Canha is the head BJJ coach, I’ve been teaching the no-gi classes. The environment there is great, there are always some cool black belts passing by to train with and lots of tough as nails higher belts, so training is awesome. Plus I am learning new stuff from Canha all the time; it’s an absolute pleasure to train there. I think I speak for Canha and James when I say everyone is welcome to come down if you are in the London area.

Yes, most definitely, Luciana Machado & Josh Simon from M Kimonos have been supporting this project since the start and have been amazing. Matt Benyon and all the guys at Scramble have been amazing to, we have actually done a collaboration tshirt which looks pretty sick. I couldn’t be happier with what they’ve done for BJJ Heroes, and last but not least Carter from Ezekiel Kimonos, this guy have been great to BJJ Heroes and I really appreciate his and his partners support, I will also be doing a collaboration gi with them very soon, and I can’t wait to see the final result.
I am very pleased to have the support of these guys who are not just about making money but are in the sport first and foremost because they are passionate about Jiu Jitsu.
I would also like to thank BJJ Eastern Europe, for this opportunity and of course all the readers of BJJ Heroes. The support by the BJJ guys and girls really drives this thing forward, so a big thank you to all of you.