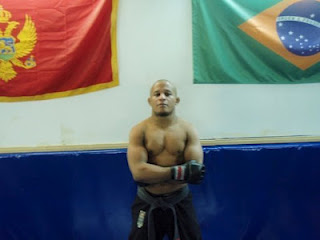 1.Hi Edson, can you present yourself to the Eastern Europe BJJ community? 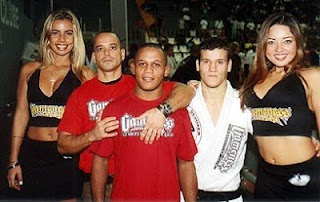 2. Please tell us how you got started in bjj , who did you train under and your bjj journey?

Well, I started training BJJ back at 1997. I met Joacunm Moita who was already training BJJ and he sugested me to come to a BJJ club. He introduced me to Fabricio Martins. At first I was training with Joacuin but soon he left and i started training with another black belt Max Noronra. I was training with him from 1997-2000, when I got the place as a BJJ instructor with purple belt. From then on I was Fabricio’s right hand in the BJJ club. That’s when my experience in training with Fabricio Martins started. Him and me were in charge of the club (me as an instructor under him). Besides Fabricio, I had a chance to train with Fredson Paixao, Sergio Penha who are all Osvaldo Alveses students.

3. How was it training such a distinguished masters like Fabricio Martins and Oswaldo Alves?

Training with Fabricio Martins was a great experience. I respect him as my master and a great BJJ fighter. He is like my second father and the people in the club were like my family and the club was just like another home. 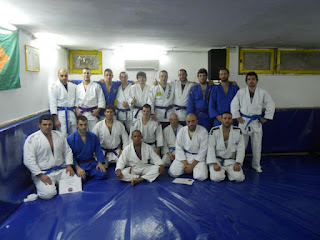 I respect also Osvaldo Alves. I didn’t get to many chances to train with him because of his obligations as a vicepresident of BJJF in Brasil and in America. He is a great coach and respected by everyone. He trained a lot of grest fighters like Jacare, Bibiano Fernandes, Sergio Penha and many others.

I came to Montenegro at 2008. My journey to MNE started with a guy who I met back in Brasil and he was from MNE. He was training in the club where i was instructor or coach (now with the black belt) and when he was meant to leave he gave me an offer to come to MNE and open a BJJ school over there. As you can see I acepted the offer and now I am here for more then 4 years. The club started working in 2008. It’s the only club with a black belt coach in MNE, but it’s not the only one. I am also coach at mma club in Budva, giving BJJ clases to students. Since this is a very young sport here, BJJ is starting to be popular these days especially with young people (under age of 18). We also have many fighters who are older like 18-30, and many guys just training for fun. There is a lot of potential in Montenegrian youth as it is represented through our club. We hope many of them will become successfull in BJJ. We participated at competitions around the Balkans: Serbian Open (GI) 2010 (took 1 bronze medal), Serbian Open (GI) 2011 (one gold medal), Serbian Open (Luta Livre) (3 silver, 1 gold), ADCC in Croatia and Serbia, Luta Livre in Budva, Montenegro in our organisation, where most of the medals was taken but the youngsters, our competetor won first place in the absolute category etc. We took 17 medals in this competition. We also participated with very modest number of competetors – one, at the European Open i 2012 where our competitor took 5th place  in his category in purple belts. The same competetor is now at America preparing for the PanAmerican compettion. So, as you can see we are doing our best to promote BJJ and our club in MNE and out of it’s borders. 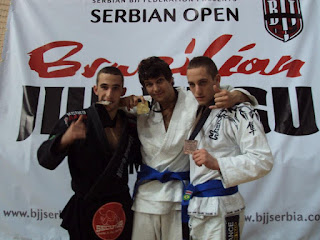 5. please tell us more about your life in Montenegro, as it’s a part of the world that is very interesting.

Montenegro is a beautiful country. At first i had a linguistic problem of course, but somehow we managed to communicate though the guy who brought me to MNE and then by our own. We are communicating now in a mixture of Serbian and Portugese but as we all have experience with this strange mixture of languages, we got used to it and it’s not a prolem to comunicate. I am doing my best on learning Serbian but it’s a bit hard for me. The club started being like another house like in Brasil. At first people were a bit reserved but now the armosphere in cub is on a considerale level (in a good way). There is no such atmosphere in other clubs I think. Students have become friends so we don’t have to formal relationship coach-student in the club, but they all know that is they don’t respect the coach they will be put to sleep 😉 Off the training, it’s amother story, we have all become close friends.

In 2012 we plan, of course, to visit as many competitions as possible. Also we are trying to find a bigger space for our club because or current premises became to small for many students as the interest for BJJ is increasing. Some competetors are wiling to do MMA fights but for now there were no serious occasions for that. Also a few younger members are interested in doing MMA but for now they are only doing BJJ.
We also got ADCC organisation for Montenegro, and we need to go to Slovenia to get the licence at April, so that was one of the freshest news in our club.
Also 3 competetors may participate in a MMA turnament but I dont want to make any preconclusions before it’s not 100% sure.

Thanks for separating time to talk to us and give us a chance to represent our club as much as possible. We look forward to cooperation with you and other clubs. Everyone is invited to come if the road takes them to Montenegro!
OSSS!