Eddie Bravo: “I’m Considering Coming Out Of Retirement To Fight In Submission Only Events Like Metamoris.” 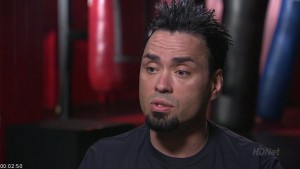 So it’s official ,Metamoris III will feature the eagerly awaited rematch between Royler Gracie and Eddie Bravo! Here is an interview with Eddie with Bjj Pix from a few months back (before he accepted the offer), where he talks about his attraction to submission only events:

How do you feel about Metamoris?

I think it’s a historic jiu jitsu event. It’s a landmark. Hopefully the submission only game continues to thrive and I think that’s evidence that it is. Because if it were points matches, it wouldn’t be nearly as big as it is right now. The fact that it’s submission only is so exciting. That’s what’s really pushing this which is the most gangster rule system ever. Forget about points, forget about advantages, forget about stalling and playing it safe. You have to submit a guy. You have to, you have no choice. That’s what jiu jitsu is all about. That’s what it should have been all about in the beginning and I’m 1,000,000% interested in this.
I want to start a submission only federation. It’s called International Submission Only Federation (ISOF). I’ve got my first tournament next February. It’s a 16 man submission only tournament with at least a $10,000 cash prize at the end. We’re trying to make it as big as possible. It’s an invitational and we’re going to play it by ear for how many people we can get first as far as top people. And then we can figure out how to work down from there. So next February. Submission only is what I’m all about.

What do you think about the 20 minute time limit?

Do you think you should have been invited?

I was invited. Ralek was trying to set up me and Royler and he called me up. He says, “would you do a Royler match for a show we’re trying to put together?” I said, “He backed out of Abu Dhabi a year ago, what makes you think he’s going to do this?” He says, “I can make him, he’ll do it, he’ll do it. How much money would you want?” I said, “I just want a fair amount. Like the average amount of what everyone is getting. I don’t want to be taken advantage of but I don’t want to ask for anything astronomical, you decide. Just make it fair. What do you think?” He says, “Okay” and he calls me back a week later to say, “Oh no, he’s not going to do it. He wants way too much money.” I was supposed to be in this one with Royler.

What about for the next one? If they got you a different opponent would you be willing to do it?

I’ll consider it [depending on who]. Maybe, maybe. I like those rules. I like the whole event. I like that. If I did anything to come out of retirement, it would be submission only. Now that there’s enough submission only out there, and I’m even putting together a Submission Only Federation, if I did come back it would only be that. So it’s a possibility and it crosses my mind now that the rules are different. I just don’t like the idea of someone running from me and pulling out of everything and stalling. That wouldn’t help me out at all– to train really hard for something and have guys who are just going to stall and not come after me. That’s what the point game does. You take down and you pass guard then you start– you know, you don’t really engage. And that’s a good strategy to beat me: take me down, pass my guard and back out. You get close to me and you’re in trouble, that’s just the way it is and people stay away so we’ll see. We’ll see what happens.