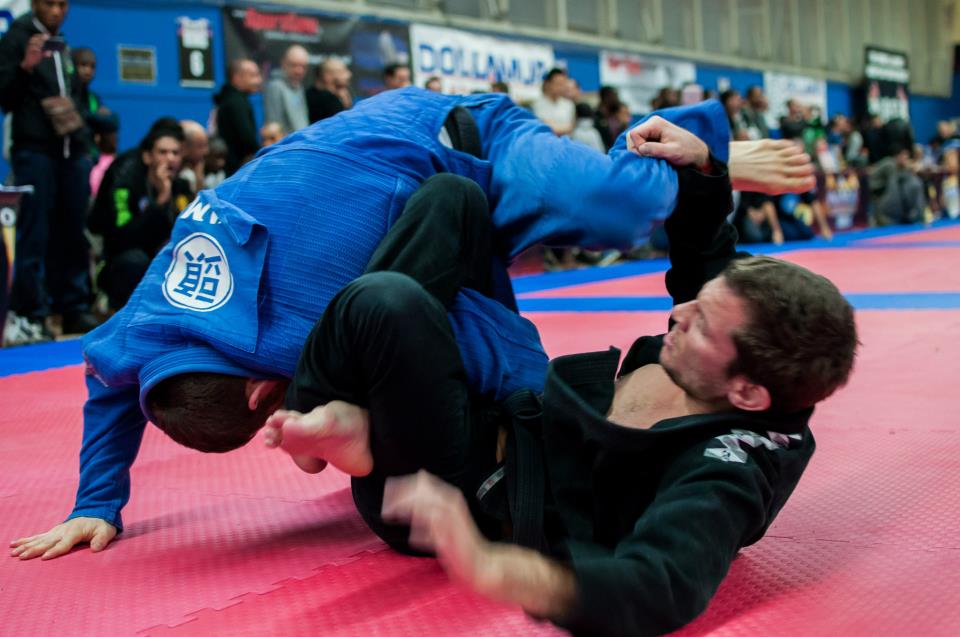 Jordy Peute is a world class BJJ Black Belt that comes from Holland. The Gameness Europe sponsored athlete has been very active in the International tournament circuit these past few years taking multiple silvers at Europeans and the Worlds at Brown Belt. In this Interview with BJJEE.com, he talks about his mentor Remco Pardoel, The lightweight game and beating larger opponents:

1.Hi Jordy, can you please introduce yourself to the BJJ Community of Eastern Europe?

My name is Jordy Peute, I am 28 years old. I got my black belt form Vinicius “Draculino” Magelhaes and Remco Pardoel in 2011 after 9 years of training. I was born and raised in Maastricht, a city in the south of Holland. I represent Gracie Barra Netherlands (Draculino team), I teach and train at my academy (www.bjjmaastricht.nl) in Maastricht. 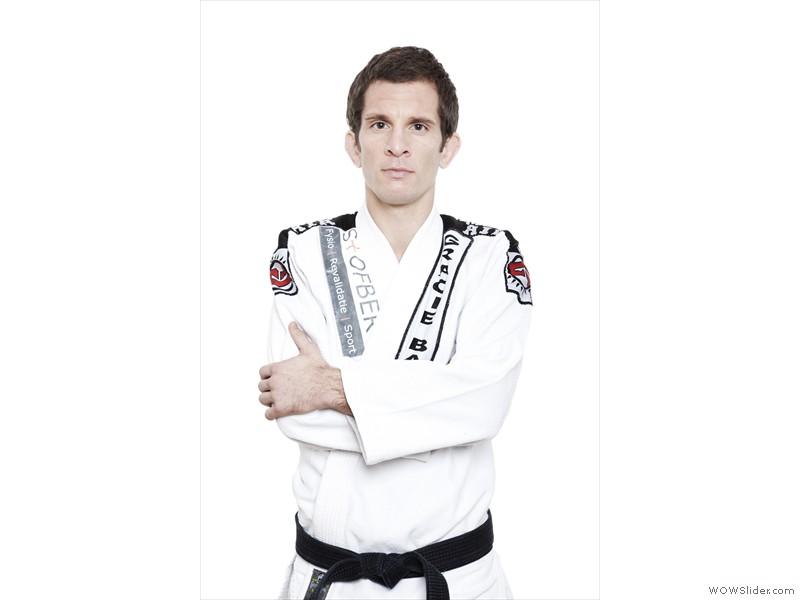 When I was a kid I started out with Judo. When I was 11 I made the switch to traditional (Japanese) jiu jitsu. I wasn’t aware of competitions until I was 16 years old. Rob Coolen, a traditional jiu jitsu master back in the Netherlands motivated me to do “fighting system”. This is a competition form of traditional jiu jitsu. In the following years I won some regional competitions and at the top 3 in the national championship. Therefore I got in the national team. In the meantime I got in touch with BJJ for the first time through a seminar of Harold Harder, a former student of Remco Pardoel. From the first moment on I was hooked. I went on the internet to look for info and I found out about the Gracie family, UFC,etc. Unfortunaly there were no schools nearby, the closest one was Pardoel Sports in Oss. This was 2 hours travel by train. I found out that Remco Pardoel was the founder of BJJ in the Netherlands so this was the place to be. At that time Remco was also part of the national team of traditional jiu jitsu, so i asked if i could train BJJ with him. Not long after that I went with my parents to his gym, after I tapped like crazy is was sure I had to come back and learn the art of BJJ. The following year I started my new study and I could travel by train for free with my travelcard(OV). This gave me the opportunity to travel to Oss. At first I went once a week. After some time twice and eventually after four years i moved to Oss. I trained every day for three years. I stopped with traditional jiu jitsu and dedicated my life to BJJ, I even did a sidestep to MMA but after some time I made a choice to go 100% BJJ. When my study was almost finished and Remco moved to Amsterdam I decided to move back to my hometown Maastricht and build up my own academy.

3. You started training with Remco Pardoel. Many of us remember him from UFC 2. Please tell us more about him and how he started training in BJJ afterwards, and tell us about the history of BJJ in Holland.

What can I say, it is a privilege to have studied BJJ under him. He is a great teacher and coach. Remco was the first who started teaching BJJ in Holland. A lot of people who teach BJJ nowadays started out with Remco. BJJ is getting bigger in Holland for the last couple a years, it is still a small community but growing. Every month you have several competitions you can go to.

4. You compete at Rooster weight, how much weight do you usually cut before competitions?

When I eat healthy i walk around at 60 kilos, so I have to cut 4 kilos. I have a nutritionist who helps me with the diet.

5. What advice can you give us on how to deal with much bigger opponents? Does your game change much when you fight with opponents of the same weight?

Technique overcomes strength. I am used to fight bigger guys. I was always the smallest person in the gym when I started out. But this gave me the opportunity to excel at my technique, fighting with strength was no option. When I fight opponents of my own size my game doesn’t change much. Tightness, speed and precision are a big factor.

6. Please tell us about your academy in Holland.

I am running my own academy in Maastricht know. I have a great group of students who I teach and train with almost everyday with joy. I have some tough talents coming up at the (inter)national BJJ scene, The Westra brothers ( Daan and Wout) and Laura Hondorp who just won the Europeans at purple belt.

7. Where do you see yourself in 5 years time?

Training and competing in BJJ as much as I can. I still have a long way to go to get to the level of Bruno Malfacine and Caio Terra, but I will try my best to get there.

8. Please guide us through your performance at the 2013 Europeans.

What can I say, I was a bit disappointed about my performance. My preparation was perfect. The first match a had to go against the tough Brazilian, Levy Jackson from Checkmat. I beat him with 12-6. The semi-final I had go up against Koji Shibamoto from triforce, he beat me last year on advantages at the Europeans. Halfway the match I made a mistake and he got my back with the berimbolo. I defended and got out, I almost rallied back at the end with a guard-pass to mount but I couldn’t hold the position. I eventually lost with 6-0. It was a close fight where he secured the points and I didn’t. Big respect to Brandon Mullins who caught Koji with a triangle in the finale. I will be back stronger and better!

Train hard and keep up with evolution of BJJ. First stop will be at the world pro trails in London. I’m also planning a trip to Brazil to train at Gracie Barra BH, with Sergio Benini and Felipe Pena.

10. If you want to thank somebody or sponsors, feel free

Of course my parents and girlfriend who are my biggest support.

11. Thanks Jordy and all the best!