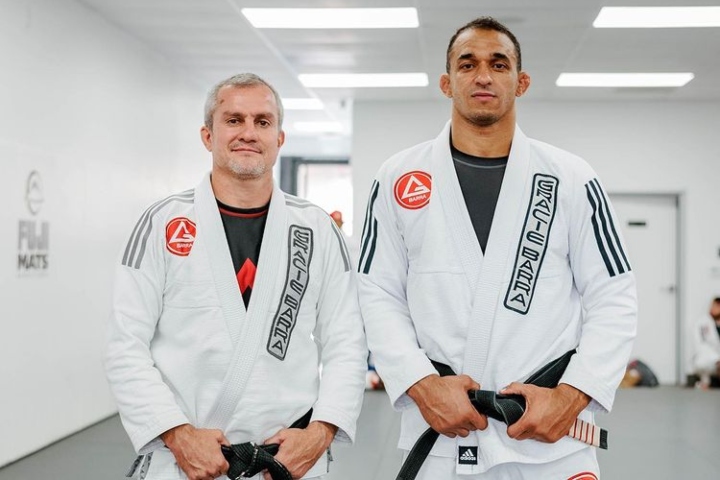 Vinicius “Draculino” Magalhães needs little introduction. A sixth-degree BJJ black belt under Carlos Gracie Jr., Magalhães has trained with legends such as Roberto Gordo, Tinguinha, Soneca, Soca, and many others. He was also the first person to open a Gracie Barra Academy outside of Rio de Janeiro – and is known as one of the top-ranked coaches today.
As such, he’s often asked the question of “what to do in order to improve better in BJJ”. In an interview with the legend himself, BJJEE has asked him this same question; whether or not there is some secret formula to becoming better… Here’s what he had to say in response:

One of the questions that people still debate is: what is the best approach to improve your Jiu-Jitsu? And let me tell you this – it depends on a lot of factors. There’s no such thing as saying: „Oh, this is the best complementary thing that you can do to help your Jiu Jitsu.“

First of all, to be good in Jiu-Jitsu, you have to train Jiu-Jitsu (laughs). That’s an obvious one. You cannot neglect it; you have to make Jiu-Jitsu your number one physical activity and put the most of your focus into it. But, of course, some other things can help as well.
DVD’s would be great to supplement – and I like to use that word, to supplement – your Jiu-Jitsu. Some people like to lift weights and some don’t. Yoga is always a great thing… I’ve never heard anyone say that Yoga is a bad thing for Jiu-Jitsu. On the contrary, Yoga will serve you well. Surfing is something that a lot of people say is really close to Jiu-Jitsu as well.

Draculino explains that there is no magic formula for progress in BJJ:

Read the rest of our interview with Draculino on the following link.