Draculino: “The Technical Level of Today’s Jiu-Jitsu is Way Higher Than It Used To Be” 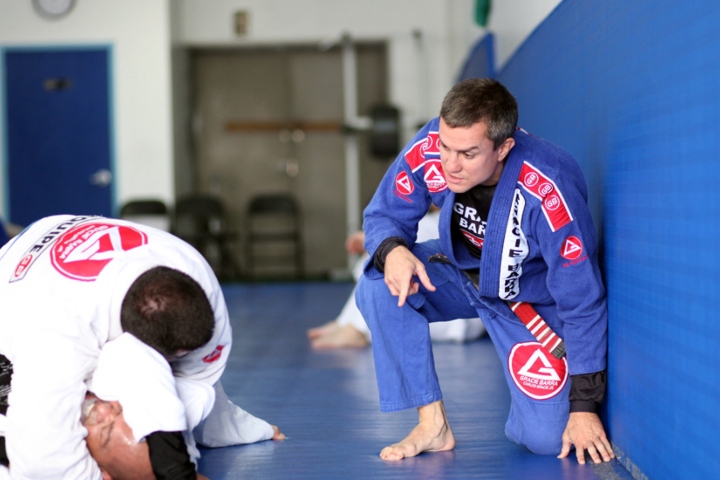 Vinicius „Draculino“ Magalhães is a world-class coach who developed athletes such as Romulo Barral and Samuel Braga; and is known as a first person to open a Gracie Barra academy outside of Rio de Janeiro. A 5th degree black belt under Carlos Gracie Jr., Draculino has trained with other legends… Such as Roberto Gordo, Tinguinha, Soneca, Soca, and many others.

In an interview for BJJ Eastern Europe, Draculino shared his opinion on the current state of BJJ evolution… And whether or not what’s happening is a good thing:

Yeah, nowadays it [BJJ] is different from what it used to be, but it is all a part of the evolution. And we have to be willing to embrace the evolution; to be open-minded, to be really grateful for it and respectful.

I am not one of those guys that are, like: „Oh, back in the day it was way better and nowadays everything sucks. These guys aren’t fighters anymore and they are just competitors, they don’t have the samuraity to them…“
I personally think that it is all a part of the evolution of the sport. I think of it as necessary and embrace it. We need to be evolving at all times and that is the way it should be, and that is something that is going to keep on happening.

He went on to explain why the matches aren’t as “exciting” today as they were before:

The reality is that the technical level of today’s Jiu-Jitsu is way higher than it used to be. However, people see the old matches and a lot of times think that those ones are more exciting and more realistic, closer to a fight.
But, you have to understand that there were some root changes that were made in the game, in order to preserve the physical integrity of the person. So, nowadays you see some matches that are really sport-oriented. And that is not the fault of competitors at all, it is due to the rules themselves.

In the end, Draculino concludes that it’s all a part of the sport’s evolution:

And so, some people say that these matches are boring, that nobody wants to go on top, that everybody just gets down to the floor and that nobody does takedowns anymore… But I think it is just an evolution of the sport and that the people play alongside the rules because they want to be champions.

Make sure to read the entire interview with Draculino here.