Draculino: “Lots Of People Think They Know The Basics, But They Really Don’t” 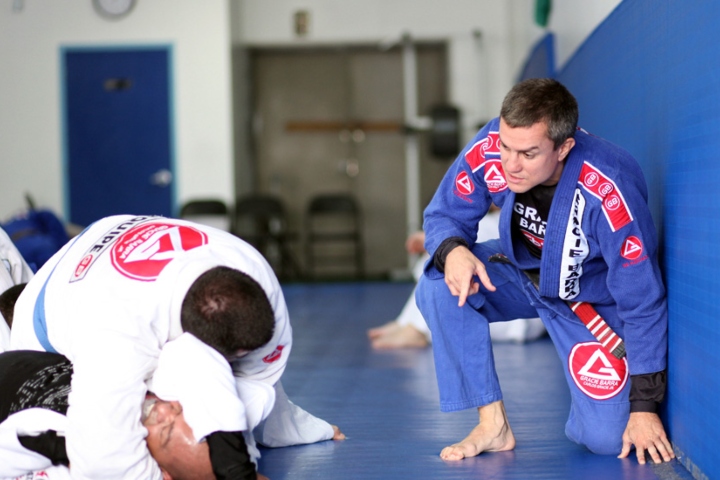 Vinicius “Draculino” Magalhães is a 6th degree BJJ black belt under the legendary Carlos Gracie Jr., and the first person to open a Gracie Barra academy outside of Rio de Janeiro. He is also known as a world-class coach who has developed a number of elite athletes; such as Romulo Barral and Samuel Braga.
In an interview with BJJ Eastern Europe, Draculino shared that – as a coach – he’s extremely focused on the basics… Which a lot of BJJ students don’t really know:

I am really big on getting down and mastering the fundamentals of BJJ. A lot of people think that they know the basics, but they really don’t.
If you have a really solid and complete foundation in Jiu-Jitsu yourself, I think that you will be able to expose your students to everything. If you give them the foundations first, then –  depending on their body type and physical abilities, as well as on their individual preferences… From there they can start developing their own specialties and a type of the game that they want to have.

He continued to explain how he tries to expose his students to a number of different possibilities. So that they can then opt for the direction they prefer:

I try to expose my students to everything, so that they can then branch out towards that which they prefer.
Samuel Braga is a good example. He is a multiple time world champion, plus he’s the creator of the Berimbolo – since he has always been very flexible, he was able to develop this position from the De la Riva guard and it turned out to be very handy for him.

Then, Romulo Barral and his killer spider guard. Erik Wanderley, one of my first World Champions, he has a killer half guard and really, really good pressure…
I taught them everything they needed to know in order to have a solid foundation, from which they could, as I said, branch out and do their own thing.

How good are your basics? And how well exposed are you to the different areas of Brazilian Jiu-Jitsu? Let us know!