Dean Lister: “All Those Difficulties In Life? It’s All Just A Test” 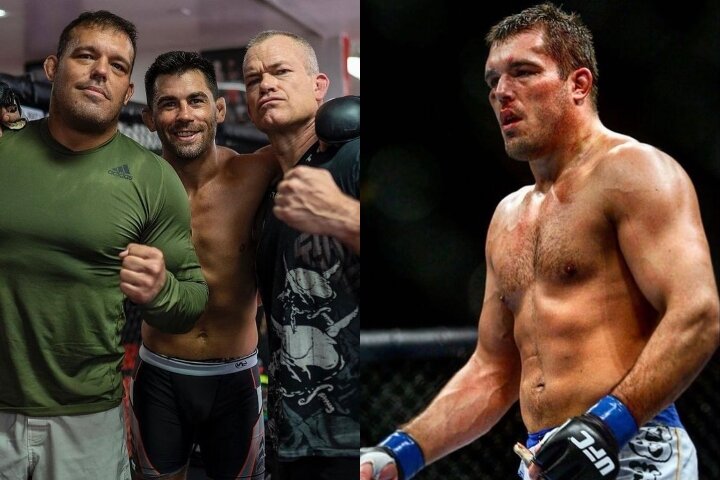 Dean Lister is one of the most admired and respected Brazilian Jiu-Jitsu athletes of all time. A 2x ADCC Champion and one of the early pioneers in versatile Leg Lock use, he is one of the names that are most responsible for the last decade’s development of BJJ; most notably, submission techniques.
However, before his successes, Lister had to go through a lot of difficulties. For example, he was going to college, working full time, and training at the same time! He also suffered from a lack of understanding from people around him, and has even been homeless for a while.

Nevertheless, all of those circumstances never broke Lister down. Instead, they made him stronger – as he shared in an interview for BJJ Eastern Europe:

I know for certain that I have been through some tough times. But, of course, everyone has or will have hard times in their lives.
Yes, I was working and going to college and training at the same time.
But, even though it may seem strange to say it, I always believed in my dreams. I never thought they would come easily of course, as life isn’t easy – but I never thought that „unrealistic things“ are actually unrealistic.

There were many difficult things that happened. For example, I had a girlfriend for about 2 years at the time, and her parents made us stop seeing each other because they thought that I was living in a world without a future in sight, they thought that I wouldn’t become a champion.

They didn’t see what I saw, of course. They thought that sport and college were both a waste of time, while I thought of all of these things as life experiences.

Anytime that something difficult happened to him, it was nothing more than a test for Lister:

Anytime that something difficult had happened to me, I only thought of it as one more price to pay until I was successful. I was even homeless for a short while… At least I had a car I could sleep in!
I thought of everything as a test. Nothing more or less.

All of this has transferred well into Dean’s BJJ-related attitude today, including the things that happen in competition:

To this day… The harder a match is, the more that others doubt me or say that I will lose – the more motivation I have. And that is not because I am angry, but simply because I know that it is a test.

I definitely do know a few athletes that are tougher than I am, but they can sometimes lose focus when things get frustrating. I never really lost my focus on what I needed to do.
For example, I couldn’t understand the Spanish language when I was young and so I didn’t know what other people were saying, as well as those kids that wanted to fight me. So I first learned to fight a little bit and then learned the language.

It’s all just a test.

Get inspired further by Dean Lister’s words in our full interview with him.