Clark Gracie talks about making his mark in the black belt, his childhood, his academy and also about the problem of steroids in BJJ 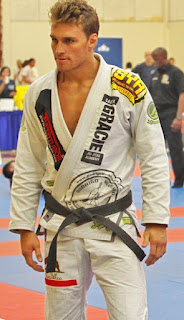 Clark Gracie is a Jiu Jitsu black belt under his father, Carley Gracie. Clark is also the grandson to Gracie Jiu-Jitsu founder Carlos Gracie. In keeping with the family trade, Clark Gracie became a professional Brazilian Jiu Jitsu coach and competitor, maintaining what is one of the strongest dynasties in martial arts.

1. Clark, your grandfather was Grand Master Carlos Gracie Sr and your father is Master Carley Gracie. Growing up around Jiu-Jitsu, what was your first memory of Jiu-Jitsu, and how old were you when you first started to train?

That’s funny when you think about it but I guess in the Gracie Family it’s normal, but my first memories of Jiu Jitsu were in my living room rolling around with my father. He would teach me some techniques and I remember being able to beat him, I also remember he would be laughing a lot. So if I ever saw him in not such a good mood, I would offer to beat him up because I always knew that it would put a smile on his face when we rolled. I believe that may have started when I was around 4. Other than that I remember really beginning to train with a gi on in the academy around 10 years old and then when I was 12 I started to see my cousins and uncles like Renzo, Ralph and Rickson and Royce fighting, that was around the time UFC was starting, so I decided to take it more seriously and began going everyday after school.

2. When did you know that you wanted to make Jiu-Jitsu your career and dedicate your life to the art?

I believe when i was around 14 one of my father students asked me if I liked jiu jitsu, and I realized that i had never stopped to ask myself that question, it was just something that I did and never thought about if I liked it or not. But I did, and I guess I always saw myself following the footsteps of the older generation of my family. It wasn’t until I was around 17, living in Brazil, and people started to pressure me by asking where I planned on going to college and what I wanted to study for my career. I had a few interests but nothing as much as jiu jitsu. Then again when I was 19, I remember a friend telling me that you have to treat jiu jitsu like a university, you can’t miss a class or you will fall behind. That highly affected my decision to eventually stop going to college, and make jiu jitsu my primary focus. To me the academy was my university, and when people would ask me what I studied and what school I went to, which is a very common question made to someone at that age, I replied that I study Gracie Jiu-Jitsu.

3. You grew up between The US and Brazil. Please tell us more about your childhood. Where did you train in Brazil, and did you compete much there? (we know that you competed a lot in the US)

As I was growing up and entering my teenage years, my father began to go more and more to Brazil. When I was 15 i finally convinced my mom to allow me to go with him, so I went and didn’t want to come back. I had a lot of fun there as a teenager, and it was a great experience at the time. My father didn’t have an academy there and lived in the mountains of Rio de Janeiro in a city called Teresopolis, which is where all of the Gracie family once lived. While he was there, he suggested I continued my training with a friend of his who had an academy in the city. The professor’s name was Bitta, and he owned Academia Pitbull, which was one of the toughest academies in the country producing many champions. Somehow my father had put this idea in my head that I had to be a great champion, and being that he was undefeated in MMA and jiu jitsu, I also felt that I had to have the same history for myself. This made it difficult for me to start competing for the fear of loosing, so I didn’t start competing until later on when I was 19 as a purple belt, but much more after I was 21. I never competed in Brazil but I would like to now. Although, all the major tournaments now are held close to my home in Southern California. I do enjoy traveling to compete now and I have almost completely lost my fear of loosing which has help my performance greatly in tournaments.

4.What are your interactions with your cousins? Do you train with them regularly?

I know most of my cousins but the family is so big that there is always someone left to meet. My grandfather, Carlos, had 21 children, so the family is huge. Most of them who teach jiu jitsu have now come to the US and some live not too far from me so I see them often. I would say that the cousins that I train with the most are my cousins in New York at the Renzo Gracie Academy, I enjoy going there and training. There are a lot of tough guys to train with. I also have started to go train with Roger in London as well. The rest of my cousins that I don’t see on the mat I usually run into at the tournaments.

5. Why did you decide to train under Rodrigo Medeiros (BJJ Revolution Team/ Carlson Gracie lineage), and how is the training with that team?

Rodrigo was introduced to me by my father at a Pan american tournament when I was a teenager. He was a student of my late uncle, Carlson Gracie Sr. My father told me that he had a good competition team, and was a good guy. I decided to move to San Diego when I was 19 to go to school and of course I went to train with Rodrigo. It was a good choice. He is a great trainer and has a great group of guys that like to compete and train hard. Although, I never stopped training with my father, he was the one to give me all my belts and continued to help my jiu jitsu after I moved to San Diego.

6. You’ve medaled in a lot of prestigious tournaments. How has the transition to competition in the black belt division been?

The transition at first was a little intimidating, but I remember my first 2 matches as a black belt and I submitted both opponents at the Worlds Jiu Jitsu Tournament one week after receiving the belt. My father and Rodrigo were both there and I remember Rodrigo saying, “See Clark, there is nothing to it!” After that, I guess I became more excited than ever to compete, also coming to the realization that I am in one of the toughest divisions in the world, and so if i were to loose a match, I know I lost to some of the best guys in the world. So when you win, its just that much better.

7. Tell us more about your main academy in La Jolla CA, and about your affiliates around the world.

My academy in La Jolla is a great place to train. I pride myself on having a nice and clean place with top level training. The team is a great bunch of guys and like most good Brazilian Jiu-Jitsu academies, it is like a family, everyone can count on each other on and off the mat.
The affiliates are growing as well and have the same great experience when you step in the door. We now have Academies in Tijuana, Mexico; Kalamazoo, MI; Chicago, IL, Miramas, South France, and Biarritz, South France. Not to mention my father’s academy which also is part of the team in San Francisco, CA and all of the BJJ Revolution Team which is under Rodrigo Medeiros, who’s team I also support. I make a point to visit these academies a few times a year to make sure they are getting the quality of training that the team demands.

8. Aside from your father, which family member has had the most influence on your jiu-jitsu?

I have trained with many people in my family and learned from them all. They all have influenced my Jiu-jitsu and way of life on and off the mats. I suppose the family members who have the most impact on my training style are my uncles Rilion and Renzo. Not only have I been privileged to absorb some great technique from them, but attitude also, which is a big part of jiu- jitsu to me. 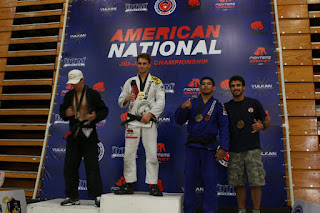 9.What changes do you think (if any) should the IBJJF do to make the sport better? Rules, testing for steroids, paying the black belts, etc

I think that they have done a great job so far, and it is still evolving. I am hoping they will make the sport more legitimate by testing for steroids and other types of enhancement drugs. I believe this is stealing the original essence and meaning of jiu-jitsu which was pure technique not strength. I believe probably 90% of all black belts who reach the podium are on some type of physically enhancing drug, which is very unfortunate. Most sports conduct testing and I hope this is something IBJJF will adopt as well.
Paying the black belts that reach the podium is also something that I think would be great for the sport, and I hope it happens soon!

Clark thanks for taking the time to answer the questions and all the best for 2012!