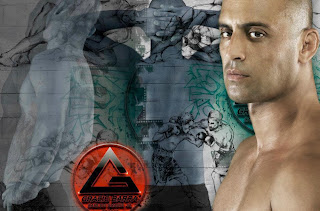 1. Hi Cristos, can you please introduce yourself to our readers?

Hello my name is Christos K. Markez, i started training martial arts with Kung Fu at the age of 12 in total i trained around 8 years, at the age of 18 i traind in Freestyle wrestling as well until the age of 20 and then moved to Venezuela for work. In Venezouela i started training in TKD with Romel Gomez at the time a well known competitor and got the Black Belt from him. In Venezouela as well i met with Isidoro Moreno (at the time Blue Belt) and Kazeka Muniz (BJJ Black belt) that was moving back and forth in Venezuela and Brasil and was friends with Isidoro moreno. In Total i stayed around 5 years in Venezuela. And after talking with Kazeka i made trip in Brasil to train with Draculino. 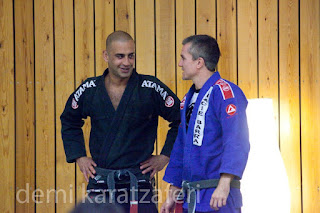 2.Please tell us about how you discovered Jiu-Jitsu and your journey in this art to where you are today.

As i stated above i started my BJJ training with Isidoro Moreno in the Begining. While i was in Venezuela around 1992 i heard about MMA fighting, i competed and in my fight my opponent was Isidoro Moreno, i didnt know anything about BJJ at the time, Isidoro was a strong Judo Black Belt and Blue Belt BJJ fighter at the time, it was a tough fight that i lost and after that fight i asked him to train with him-(at the time there was NO rules at all in the MMA events). That’s how it all started… Kazeka Muniz GB Black Belt was friend with Isidoro and was spending time in Venezuela and trained as well. Kazeka told me that i need to see what was happening in Brasil and sugested to train with Draculino in Bello Horizonte… I did make trip in Brasil stayed in Total around 6 months, and kept contact with Master Draculino, and told him about my intentions of Bringing BJJ in Greece. I returnend in Greece around 1997 permenantly and spended alot of time finding how to make a school or start training in BJJ, dont forget i was bassically a rookie as well didnt have any belt degree officially in BJJ. Around 1998 i started training a small group of people mostly friends in a gym (tottaly 9m2 of mat hahahaha). In 2000 i opened the first school and around 2001 Proffesor Draculino first came in Greece and i got my Blue Belt officially and became representative of his team. In 2008 i got my Black Belt. 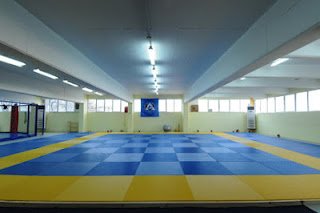 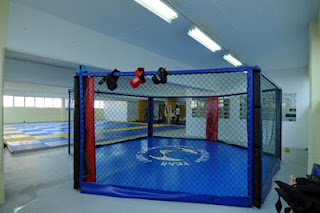 The road so far wasn’t easy for us, when I first started teaching almost 14 years ago it was in a gym with only 9m2 of mat, nobody knew about BJJ, even now with the Internet and global media, people are just getting to know BJJ in Greece, in the past 3 years it started to grow but in slow rate due to economic crisis that hurts global economy in General. In the Past 4 years me and my business partner and one of my first students Aris Chajiiakovou (also Black Belt under Draculino) made a new school around 500m2 one of the biggest Private schools in Greece. Even though BJJ wasn’t so famus in Greece we took that risk and it really made a deference. At the moment we are the biggest Brazilian Jiu-Jitsu school in Greece with an Overall of 160-180 students. We got around 40 Blue Belts, 18 Purples, 5 Brown and 1 new Black Belt. The location of our school is in Kalithea/Tavros, Athens. www.brazilianjiujitsu.gr

4.There are 8 Greek black belts at the moment. How is BJJ growing in Greece?

As I said Before BJJ is growing slowly, imagine that from the 8 Black Belts in Greece, 4 is in our school (Me, Aris, Alberto Mina and Tsitos Dimitris), till last year we almost had NO tournaments in Greece, and the ones we had were with 50 or 100 people in Best case scenario. We had to travel every year for competition and that become very difficult with the economy of last 2 years. The good thing is that people are getting organized little by little and we finally have 3 or 4 tournaments per year in Greece… Not all are with BJJ rules some are some hybrid Grappling rules like FILA, but it helps the students to be motivated and have competition experience. What is growing kinda fast here, is MMA and that helps a lot since many people now know that MMA without BJJ is not possible, some of our guys competed in 4 Pro Tournaments here in the last year till today getting a total of 7 wins and 1 loss, wich is a good result and really made BJJ more known to people.

5. Can we expect to see any Greek BJJ champions making a mark on big international competitions soon? 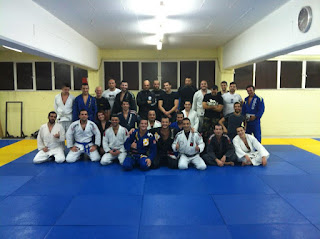 We already have Greek champions making an Impact in Big competitions offcourse not yet in Brown and Black belts but we get there. Our school is being competing From the First European championship till today Non-stop every year we come home with more and more success. Also students are competing all around the world, besides varius European countries, students have competed in Asia, Australia, Brasil, US. Recently in Africa as well with a lot of success. We have a few guys that im sure will get and they are able to become great in High Level JiuJitsu and Grappling No-gi. Time will tell.

6. How would you describe your style of BJJ? (your personal style and teaching style)

I’m a fan of possitioning i ussually try to dominate in possitions guard passing and dominate on Top. As a teacher im trying to push the students as much as possible, for me conditioning is very important.

Roger Gracie, Marcelo Garcia and Andre Galvao are my favorites.

In todays standards i like alot GSP, Anderson Silva and Fedor Emilianenko. 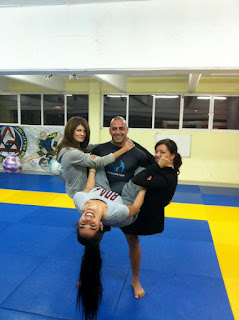 This year is tough lots of tournaments and lots of things to do and people to train. BJJ, Grappling, MMA, Everythin. Recently our team competed in the BJJ Nationals and got first Place in the school rank wining 5 gold 6 silver 7 Bronze medals. Next month is the FILA Grappling National and in 2 months an MMA tournament that 2 or 3 of our fighters will compete. Lots of things to do…

10. Cristos, thanks for answering these questions, we wish you and your team all the best for this coming year.

Thank you for the opportunity you gave me, best wishes to you as well and to your new site and effort to promote BJJ.