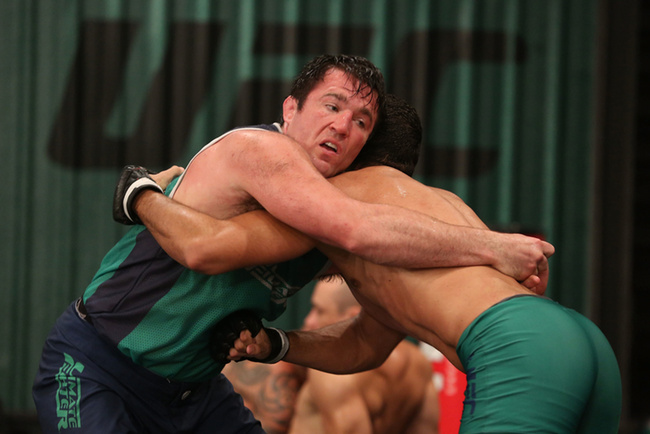 Chael Sonnen last competed in Metamoris 6 where he had an uneventful draw with Renato Babalu Sobral. Sonnen spent most of the match in Babalu’s guard.

Sonnen, who just turned 38, talked to Submission Radio about his new commentating gig at WSOF, Holly Holm’s boxing and kickboxing titles having zero validity, Anderson Silva’s ridiculous NSAC hearing, predicting that Jones/Johnson would never happen, setting the blueprint for self-promotion in MMA and everybody copying him, if he’ll ever return to MMA, the promise he made on his father’s deathbed about winning the UFC belt, why Fedor is terrible, the testosterone era, UFC 193, grappling competitions and who his next opponent at Metamoris will be, Kanye West and Kanye saying he’ll run for president, what ‘Front Row Brian’ actually looks like, and much more. 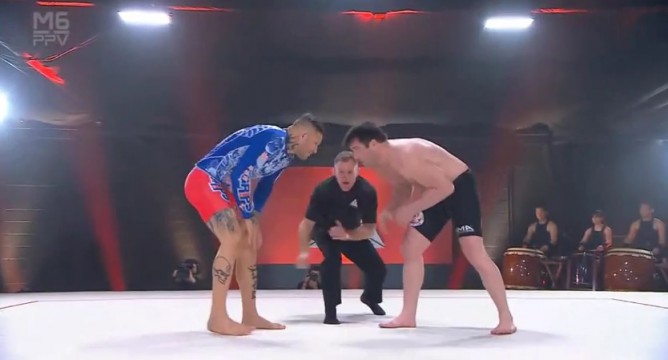 Sonnen anounced that he will be competing in Metamoris 7 against the much bigger Josh Barnett:

Sonnen has a decorated wrestling career where he earned All-American honors, was a two-time PAC-10 runner-up, was a silver medalist at the 2000 Greco-Roman World University Championships, and was a two-time Dave Schultz Memorial Institutional Greco-Roman winner. In 1996, Sonnen began training in boxing, and had wanted to compete in the UFC upon graduating from high school. In 2000, he had placed third in the Olympic trials in the 85 kilogram division.