Carlson Gracie Essex Head Instructor, Alain Pozo On His BJJ Travels, His Academies In The UK & His Dedication To His Students 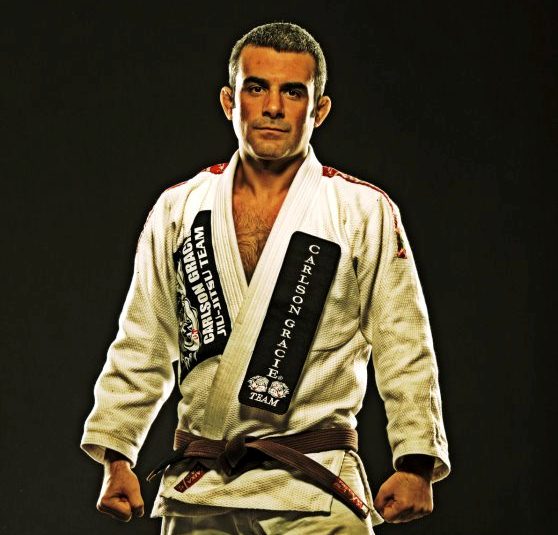 Alain Pozo has been training BJJ and No Gi grappling for over 16 years. In this time, the sport has brought to train from his native Brazil to the US and to finally settle in the UK. He leads the successful Carlson Gracie Essex academies and is a full time instructor dedicated to Jiu-Jitsu and to the progress of his students.

Hi Alain, can you please introduce yourself to the BJJ Community of Eastern Europe?

My name is Alain Pozo and I’m a brown belt in Brazilian Jiu Jitsu. I have been training BJJ for a very long time, about 16 years, including 5 years where I was training exclusively nogi in the US. I am a full time instructor in Essex and London, and I am a 2 x English BJJ champion, NAGA No Gi and European champion.

I heard that you’ve traveled all over the world and trained a lot in the States. Please guide us through your Jiu-Jitsu journey and your travels?

My first BJJ lesson was in 1997 or 1998- I can’t remember exactly. This was with Ze Radiola in Recife. I travelled for many years due to studies, then my work in tourism. In those days BJJ was not popular and easy to find like it is now. I trained in France at the birth of BJJ there; I trained in Britain when BJJ was very much an underground thing. This was when we started Carlson Gracie UK in the crazy boiler room. In America I trained at both the small but tough F2 Fight Team in Gainesville, Florida and also, on trips to Miami, American Top Team. Nogi was more the trend in the US at the time and so I stopped training with the kimono for my time there. I competed a lot, including some amateur boxing interclubs, until I realised that was not for me hahaha. America was a great place to train, but when I came back to the UK it took me a while to get used to the gi again. Luckily I have a great team to train with.

Tell us about your academy in Essex and your Team

I have been teaching in Essex since late 2009. It began with MMA classes in a new gym there. But for me, I think without a strong base, training just MMA is a bit futile, and my real interest is grappling. I moved to a new venue with my students which could accommodate more BJJ lessons – but it is never fun being a long term guest in someone else’s house. People from other martial arts aren’t always ready to embrace the real Jiu Jitsu lifestyle. This year Carlson Gracie Essex opened our own permanent location. It’s called 9th Legion Training Centre in Colchester. We also have wrestling, muay thai, crossfit and ginastica natural. When I started in 2009 I had a bunch of teenagers who had seen “Never Back Down” and wanted to try MMA. These kids have since become serious BJJ athletes, so I am glad we finally have the facility to support their ambitions and a place they can feel at home.

I understand your team had a great showing at the IBJJF Rome International Open ?

Yes, both in GI and in the Nogi Europeans. Every one of my Essex students achieved a gold medal that weekend. We had Taylor Pearman , James Costa and Alistair Tweed representing the bluebelts in the juvenile, adult and senior categories. Sarah Merriner in female purplebelt and myself fighting brownbelt. The guys from London all collected multiple medals. I know we had the potential to do well, but it exceeded even our expectations. Essex of course exists with the major support of Carlson Gracie London, we are all one team. It would be impossible to achieve on my own.

Do you have long term plans for the team?

Yes! We will continue the growth of BJJ in Essex, with more Competitions, academy’s, seminars; spreading to the community the benefits of our art.
For the competitors we have short term ambitions and long term goals. At this year’s British Open I took 8 bluebelts – all of them medalled. Carlson Gracie Team has won multiple Team trophies at events this year. The long term plan is too see our UK team competing and winning at the highest level Blackbelt elite divisions. I want to be on the coaches’ bench at ADCC. We are taking it one step at a time, but we have a great foundation and I know we will achieve this. 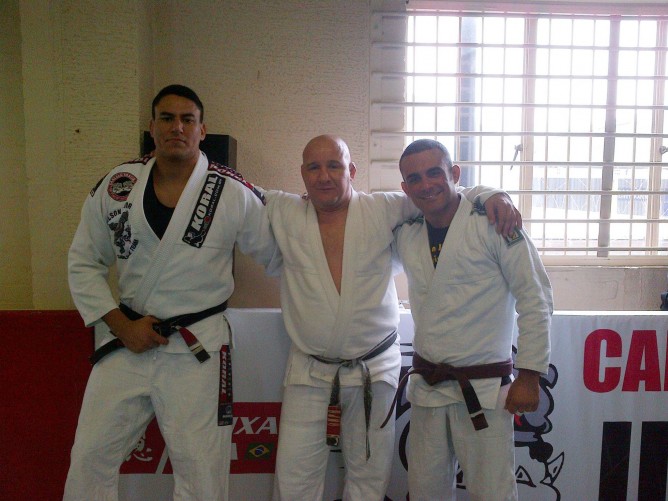 How important is competition in your team?

I don’t think everyone needs to compete, but every team should have competitors. If I started teaching in Colchester 4 years ago and we had never taken part in competitions, I am not sure that we would have achieved the success we have now. It is good to prove that your martial art system works in competition. It also attracts people who trust your style. However, what matters most for me is the significant change BJJ makes in people’s lives. Every single one of my students is important to me, male and female, young and old, they all contribute. We have a great atmosphere because the gym is full of positive happy people training together and hanging out.

You also teach a large junior team, can you tell us about that?

I teach kids in Essex and London, our junior team is just getting bigger and stronger. Some kids like Chelsea Ozer have already competed in 20 tournaments. Jiu Jitsu has had a profound effect on their lives. When a kid signs up for our program, for the first 3 months they are working mainly on cart wheels, head stands, climbing ropes – grappling is secondary. We have a lot of games like dodge ball and tug of war in class, which they love hahah. Some kids chose to compete, some kids do for the fun. We also teach a lot of self-defence- I teach a popular nogi class called Grapple and Strike in London with Simon Hayes every Saturday which is self-defence orientated. The main thing is building their confidence. 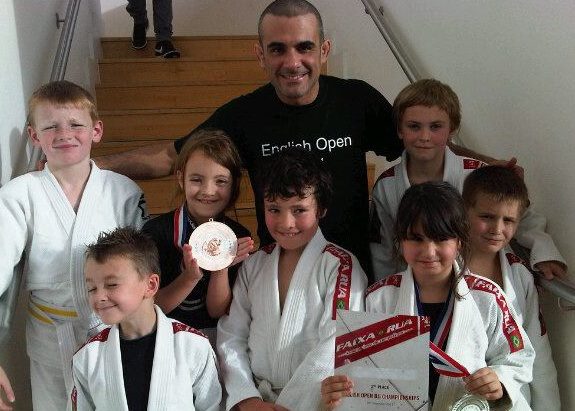 What is your style of teaching? How do you normally teach a class?

Most classes have a structure of warm up, drill, techniques and sparring. We have classes with specific training and every class we do stand up, guard pull or takedowns. I am a relaxed guy and I like to make it fun and keep it fresh. We work a lot of modern techniques and I encourage the guys to develop their own styles. And in true Carlson Gracie style we have hard sparring, no excuses.

If you want to thank somebody or sponsors, feel free. Thanks Alain and all the best!

Thanks for the interview Guillaume, it was a pleasure meeting you in Rome. I would like to thank all my training partners, students and friends , my wife Sarah for all the support these years, Carlson Gracie Team, especially Dickie, Simon and Wilson, 9th Legion Training Centre, my crazy Brazilian friends, Claudio, Edu, and Andre and of course Faixa Rua for supporting my young athletes.

Alain showing a nice transition from the omoplata to an armbar: