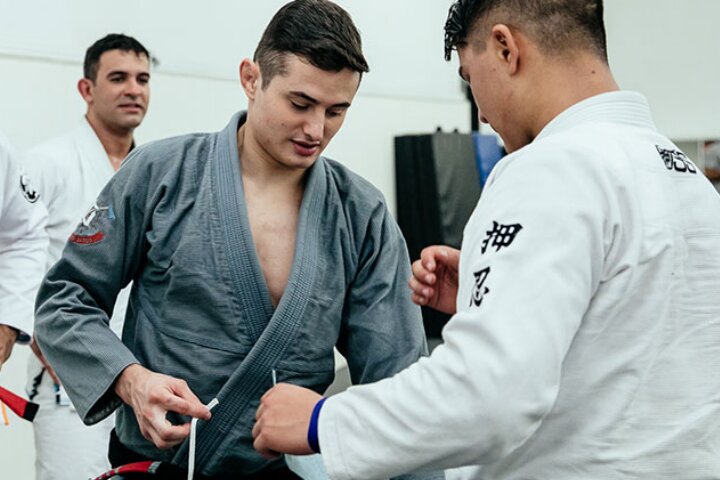 Caio Terra is one of the best roosterweight Brazilian Jiu-Jitsu athletes in the world. He is a 12x BJJ black belt world champion who has earned his black belt in… Wait for it… Three years!
But how did he do it? How did he make such outstanding, fast progress?

In an interview for BJJ Eastern Europe, Caio Terra revealed that the “secret” was, essentially, in his approach to learning new techniques and concepts in training:

What happened was that I was always good in school. So, I started taking the approach of „school“, instead of doing what everyone else was doing in practice.

And in school, you can always see the same thing, you know? I was always good in school, but there were always those other people who could make some good grades at the beginning. But, by the end of the year, they couldn’t repeat those grades – because, in order to repeat that excellence, you need to study during the full year. Not just for, like, the last two months worth of studies.

So, whoever studied for two days before or one day prior to exams, by the end of the year they didn’t memorize anything. I was good because I always tried to study and understand what I studied from the beginning. And when you understand something, not only can you modify and adapt much easier when things get more complicated, but you also remember it for life. That is because you understood it, versus the case if you were just mimicking it.

Terra explained that he wasn’t just drilling the techniques, but rather trying to understand them:

Make sure to read our full interview with Caio Terra on this link.