Roberto Satoshi, also known as Roberto “Toshi”, is one of five successful grappling siblings: Mauricio Dai de Souza, Marcos Yoshio de Souza, and Cristiane Yukari de Souza, all children of the late Master Adilson de Souza. Roberto became a big name in Jiu Jitsu after his win at the World Championship in 2010 (brown belt), being considered after that tournament one of the hottest prospects in BJJ. A status well solidified in the years that followed with wins at the European Open, Rickson Gracie Cup and many other tournaments.
His father always called him “Toshi” (short for Satoshi), and that name is still used regularly amongst friends and media.
Roberto Satoshi de Souza was born on the 19th of September, 1989 in Sao Paulo, Brazil. Roberto started training martial arts as a child under his father’s tutelage, learning Judo at first and later Jiu Jitsu. Reaping the profits of being one of the youngest of a family fully dedicated to Jiu Jitsu, Roberto started making a dent in the BJJ junior divisions by winning several trophies, including the World Championship in both his weight category and the open weight, immediately standing out as one of the sports rising starts. Unfortunately, after 2006, the World Jiu Jitsu championship was taken away from Brazil and started being held in California, USA, as Satoshi could not get strong sponsorships to compete abroad he missed a couple of years, making his return in 2009 with a successful run for the world title. 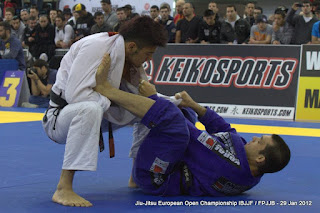 As Mauricio (Roberto’s oldest brother) settled in Japan, opening an academy there, Satoshi decided to visit the country both to compete and to see his brother. The experience was so successful that Roberto decided to stay for good, at first living as he could, working in factories to survive, but shortly after he managed to break through and started making a living solely out of competing and teaching Jiu Jitsu.
On the 1st of May 2011, Roberto Satoshi received the well deserved black belt from the hands of his father, hours after the cerimony Master Adilson de Souza passed away on the hospital due to a prolonged illness.

1.Toshi what made you move from Brazil to Japan, and how do you like the life in Japan? 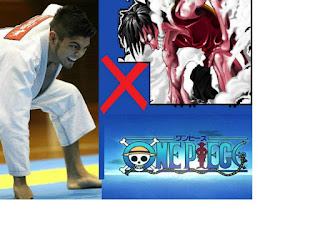 In Brazil it is very difficult to get enough money to pay for trips abroad for the major championships like the Worlds, Pan Am or Europeans. Since I’ve moved to Japan, I have a better financial aid. I like Japan and now have many friends, and my students are great and are also my friends. I’m really fond of  my kids class!

2. How is your training at Bonsai academy together with your brother Marcos  De Souza? (How many students, how often do you train etc…)

My brother Marcos De Souza and me train 2 times/ day jiu-jitsu and 1x per day weight training. We usually rest on Sundays, and train all other days. We have about 100 students at Bonsai Academy

3. Is it difficult for you to improve in your Jiu-Jitsu when you train and compete in Japan?

Not at all and on the contrary. I’ve won the the Europeans, Pan Ams, and 2x the Worlds just from training here in Japan. I do not understand why people do not believe that we have hard training in Japan . I have many students and friends here who have an amazing jiu-jitsu and we have World class level level guys .

4. You are a big name in the Japanese and Asian BJJ scene but many people in the US and Europe first heard about you when you won the Europeans this year. How was your training for that tournament.

I think that’s because it was my first major championship in the black belt so many did not know me…. I just did my normal training here with my students.

5. We didn’t see you at the Pan Ams but saw your brother. Why did you chose to compete at the World Pro (which you won) and not at the Pan Ams?

I didn’t compete at the Pan Ams because the dates were too close to the World Pro in Abu-Dhabi. I preferred to focus on the World Pro and am now focusing on the IBJJF Worlds.

6. What type of strength and conditioning exercise do you do?


I have special training programs with my physical trainer Richard Kamya who runs the Gym Body Burn ….

7. We understand that you and your brother own the Bull Terrier brand. Can you tell us more about it?


Bull Terrier is a brand that has helped me since I was a purple belt and I am very grateful to them. They are  a support and aid which really made me grow as an athlete …

8. How is your relationship with Atos and the Mendes bros. We see you and your brother training with them very often.

Every time the guys from ATOS come to Japan, they stay in our house and train in our academy. We get along very well and above all we are very good friends since we met as blue belts!

9. Do you plan to compete in MMA in the Futur?

10. Thank you Toshi for taking the time. All the best in your career! OSSS!