BJJ’s main man in the Czech republic, Jungle BJJ’s Fernando Araujo talks about how he spread the “Jiu-Jitsu gospel” 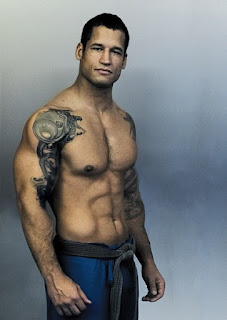 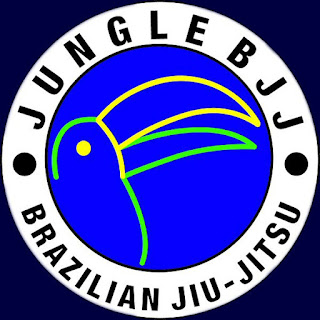 We had the pleasure to talk with Fernando Araujo who leads the Jungle BJJ (http://junglebjj.com/), the first BJJ academy in the Czech Republic. Fernando is a 2 time State Champion, National Circuit Champion, and awarded by “Nova Geracao/UGF” (current national team champion) best athlete of the year in 1998 and 1999, and most technical athlete in the year of 2001. He has experience in teaching in the USA, Brazil, Norway, and now the Czech Republic.

1.Fernando, please introduce yourself to the Eastern European bjj community.

Well, I started BJJ when I was 16. I used to practice Taekwondo and kickboxing back then. Ironically, being a “striker”, I only started training BJJ because I wanted to learn how to protect myself on the ground if I ever had to fight a BJJ practitioner, but I got so hooked up in it that a few months later I was practicing and competing exclusively in BJJ. I started training under Rodrigo Medeiros, then he moved to the USA so I continued training under “Toco” from Nova Geracao team.

3. Please tell how you opened your bjj school in Prague and how is the bjj scene in the Czech Republic?

When I arrived in the Czech Republic BJJ was not known like it is now. I found a lot of resistance from the traditional styles, and of course I met a few crooks along the way. But I also made good friends here and they supported not only me, but the sport a lot. It was not easy to spread the “BJJ gospel” in this country, but I surrounded myself with good positive people and got rid of a few bad apples, and now the sport is growing in a very positive way and we’ve got good athletes representing us around the country. We’ve got plenty of titles holders in Jungle BJJ.

4. Your school Nova Geracao comes from a Carlson Gracie lineage. Do you teach a game more focused on smashing top pressure, ala Carlson?

LOL, that’s an old myth. Carlson also produced many good guard players like Ricardo De La Riva, Marcelo Duque, Cassio Cardoso… And many of my students who compete are also known for their guards, like Spike, Hedgehog, Nedbal, etc. But since every rumor has its true side, expect my students to have some “heavy hips” now and then. 🙂

5.Being a accomplished competitor what are your biggest titles in bjj?

Well, I’ve accomplished some titles in BJJ, and each one of them meant a lot to me. I won many tournaments in Brazil, especially in the purple and brown belts, but I can tell that my biggest BJJ accomplishments are my students and the good friends I’ve made through BJJ. This beats any medal or trophy in my collection.

6. What do you think of all these crazy techniques like berimbolo, reverse De La Riva guard, etc? Do you use them or do stick to solid basics?

Those “crazy” techniques can be very useful when well applied. But they can be dangerous when the practitioner lacks the solid basics. But then again, BJJ is not mathematics, so it doesn’t have to make perfect sense in theory. But regardless, the basics are always the safest path to take. As for me, I “go with the flow”. If my opponent give me that opening, he might learn an even crazier sweep. 🙂

Well, due to my daughter’s birth in late January I could not compete in the Europeans this year, but I’m looking forward to the Asian Open and possibly, if I manage to get in shape in time, the International Masters and Seniors. As for my students, they can be seen competing around europe more frequently.

As for my closing comment, I’d like to congratulate you for your extraordinary initiative and work with the BJJ Eastern Europe Organization and to thank you for the space and opportunity offered here.
OSS!!!