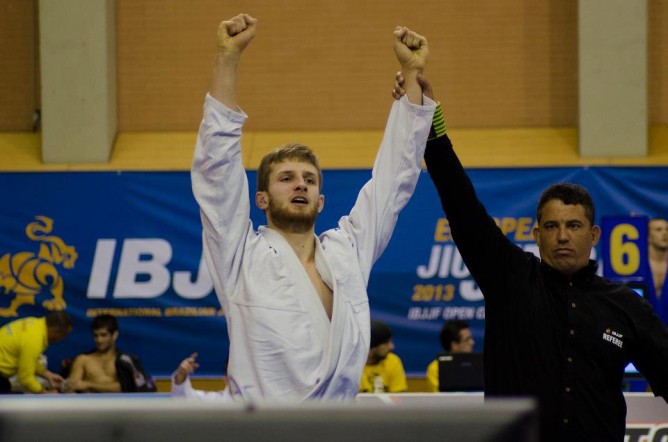 Poland’s Adam Wardzinski has only been training BJJ since 2010 but in that relatively short time, he has achieved impressive competition results both in the local Polish as well as the continental scene. In this interview with BJJ estern Europe, Adam talks about his love for competition, his instructor and how he bypasses BJJ politics and organizes competitor sparring sessions with all the top guys from different academies in his city:

1. Hi Adam, can you please introduce yourself to the BJJ Community of Eastern Europe?

Hi there! My name is Adam Wardziński, I’m 22 years old, bjj purple belt and I live and train in Poznań, western Poland. the team that I’m representing is Strefa Walki but You can meet me working out and sparring in nearly every academy in my city. My main achievements are gold at Polish Open Championship, silver medal at No- Gi European Open and bronze at BJJ European Open.

I started my journey with jiu jitsu in 2010. I had heard that there were bjj classes in a wrestling gym near my place. I was always interested in grappling, so I decided to try it and that’s how I found my team- Strefa Walki. After first class I fell in love. Learning new moves was like exploring whole new world. After few weeks I started to train every day, sometimes two times a day, preparing for my first tournament. I lost there in a first match by points but I decided not to give up and after a month I had a 3rd place at Polish Championship, wining 4 fights by submission. 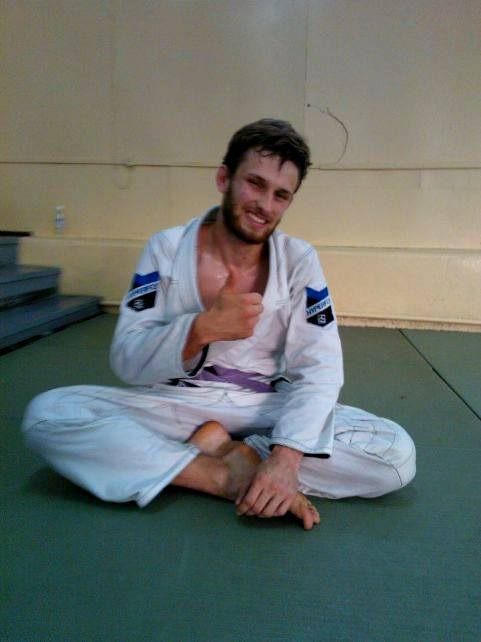 3. You have been competing a lot in the past years and achieved excellent results. What do you like so much about competing?

I compete a lot because for me it’s the essence of bjj. I don’t understand people who are training but don’t want to confront their skills with other competitors. This season I went to 14 tournaments and it was a pure pleasure to meet all those people, gain experience on the mat and see some new places. 2013 is a special year for me because I started to compete outside of Poland and every trip was an exciting adventure for me. Europeans in Lisbon and Rome Open were big and everybody knows that IBJJF events are on a highest level, but also smaller tournament like Bristol Open was great journey and experience. I fight there and won there against top purple belt in UK – Jamie Hughes.

4. Please tell us about your academy in Poland and your instructor.

My academy is the oldest in Poland, run by Karol Matuszczak – a man who brought bjj to our country. Ironically our academy is quite small because of some splits that took place in the past. Currently we have a small amount of competitors, but things are changing and every tournament there are some new guys who want to test their skills. As I spoke I train also in other academies in Poznań. What’s better we made a special sparring group, that gathers many of top competitors from Poznań, where we help each other to bring their game on a higher level. It’s a wonderful thing – BJJ beyond boundaries. 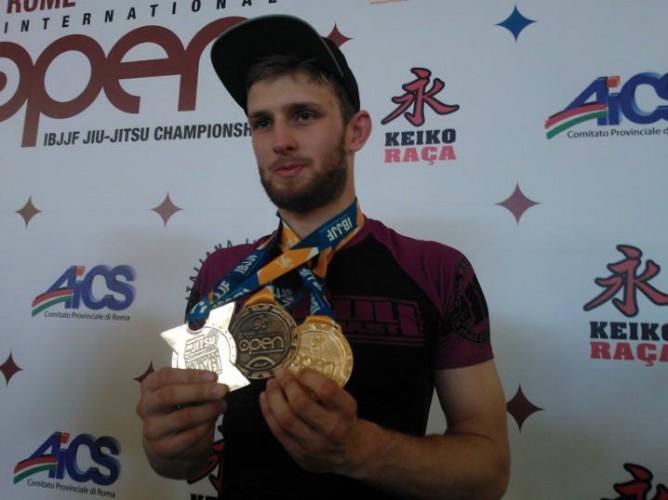 5. How would you describe your BJJ style and what are your strong points?

I’m a quite good guard player but I think that my game from the top: guard passes and control are also my strong points. In a fight I always go for submission. I love this part of jiu jitsu and I pay a lot of attention to it. I remember that when I got promoted to purple belt my coach said that probably in a new division my fight will not end by submission with such frequency as in blue belts. Luckily I still end about 90% of my fight by submission.

In 2013 we are concentrating on Polish Open Championship, because this year the biggest BJJ event in Poland will come to Poznań. However, first I want to visit UK for London Open and try to win a ticket to Abu Dhabi at World Pro trials in Warsaw. 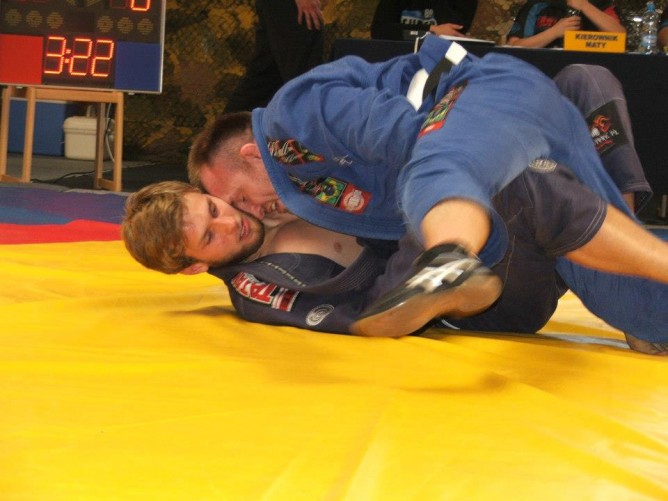 I want to thank my coaches and all sparring partners. Also thanks to my sponsors mmastore.pl – best prices and They send the packages all over Europe; Do or Die Europe – awesome kimonos with amazing design – You can’t teach heart; Pit Bull West Coast hardcore clothing and of course my nutritionist from www.zdrowy-talerz.pl

8. Thanks Adam and all the best!

Thank You very much! Hope to see You in Poland soon