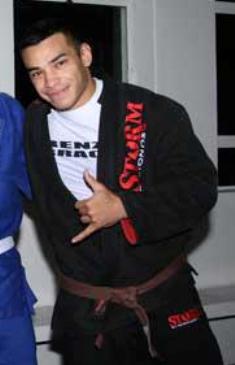 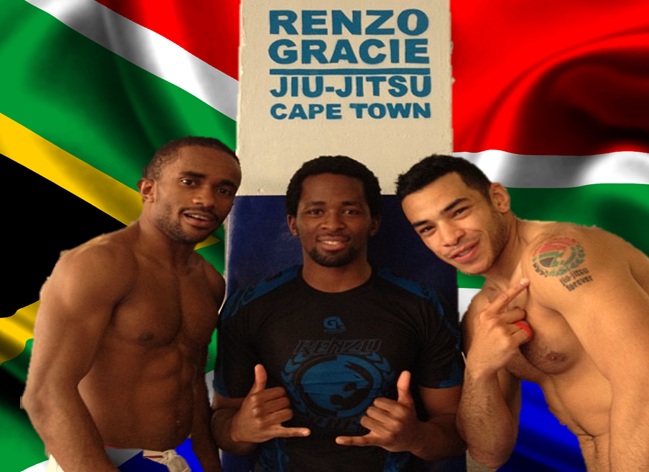 1. Wesley, can you please introduce yourself to the BJJ Community of Eastern Europe?

First of all, I would like to thank Guillaume “Gile” Huni for his initiative in the establishment of the BJJ Eastern Europe (www.www.bjjee.com) website. His enthusiasm and passion for the ‘gentle art’ is quite admirable… I also appreciate the fact that he is taking interest in South African Brazilian Jiu Jitsu.

So let me begin…My name is Wesley George, I’m a Brazilian Jiu Jitsu Brown Belt under Professor Renzo Gracie. I train out of Cape Town South Africa, at Renzo Gracie Cape Town under head instructor, my brother, Kurdt George (also a Renzo Gracie Brown Belt).I started competing in BJJ in 2006, since then I have won numerous local events, the most recent of which are; 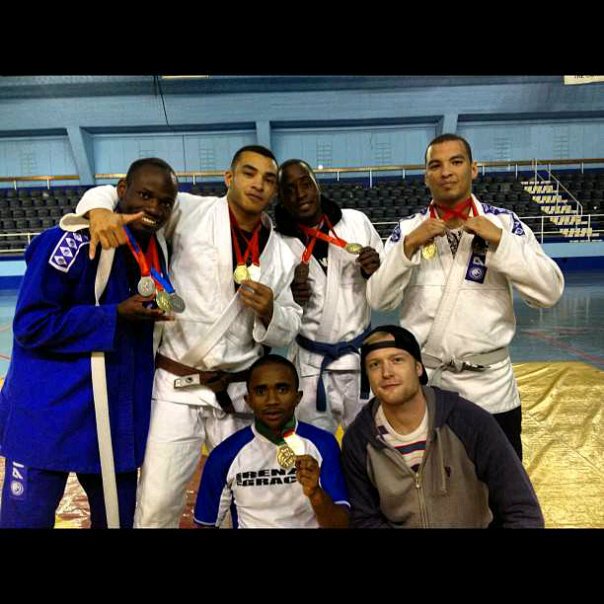 Brazilian Jiu Jitsu is very special to me… I love competing (actually I love winning, not really competing…), I really love training… and I love the life style it has afforded me. I have friends all over the world, I traveled and seen so many places because of Jiu Jitsu… And the training has helped me develop a great sense of confidence as well as discipline and determination over the years…
The point I want to make is… without a doubt, my life is better because of the ‘gentle art’!
And the person who gave me this greatest gift, is my Big Brother (who is not big at all) Kurdt George.
He is the one who introduced me to the martial art, and he is the one who kept on pushing me in the beginning, when I was more interested in throwing weights around and hanging out on the beautiful beaches in Cape Town.
Who/what sparked the interest in BJJ? Well… after watching Rickson Gracie’s Choke documentary, we really needed to find a place to train this martial art! My brother and I ended up teaming up with Renzo Gracie and opening our own BJJ academy in Cape Town. At this time I started competing in local events too… If I was not completely sold on the whole Jiu Jitsu thing before, after my first competition I was all in! I used to box, play a little rugby, push weights…

but after that first competition, I wanted nothing other than to be a Brazilian Jiu Jitsu Champion! I dropped everything else, and since then focused entirely on Jiu Jitsu. For interest sake, if you want to know what happened in that first comp… well, I got choked out cold by way of a guillotine choke in my second bout. Not a bad way to start hey? Anyway for me, it was game on from that moment forward! I even came very close to dropping my studies and jumping into a career of Jiu Jitsu! Depending on how you look at it, I came to my senses after a year or so and continued my studies and career… I continued competing and training… it became my way of life! If I wasn’t studying or working, I was in the gym! 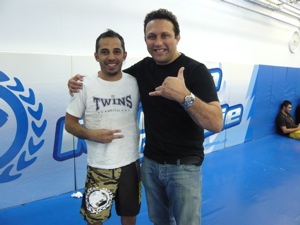 My brother was relentless in his pursuit of Jiu-Jitsu… His business dictated that he traveled quite frequently to New York, and that’s where he stumbled upon Renzo Gracie’s academy, and this was probably around early 2004.He took No-Gi privates with the legendary John Danaher (an inadvertent yet fortunate move), and then would return home and try techniques on me… and that’s how it started, and carried on for about two years.In 2006 we finally found a Brazilian Jiu Jitsu school in Cape Town… the academy had recently switched from grappling to Brazilian Jiu Jitsu (No-Gi to GI).

So we joined up and started training in the GI for the first time… and that changed everything! Cause now we were actually learning and developing technique! During this time my brother took over running the Academy, and because of his close ties with Renzo Gracie in New York, in 2008 he converted the academy to a fully fledged Renzo Gracie Brazilian Jiu Jitsu Academy. We now had a tighter affiliation, with a great Professor, a well thought out curriculum and of course the most amazing gym culture… Renzo’s way! As a Brazilian Jiu Jitsu Academy we had some turbulence, but we are stronger for it now! I guess it’s hard for me to be unbiased… but I thoroughly believe we have the finest Academy in South Africa, and it’s testament to our affiliation, my brother passion and teaching ability. Our website is www.renzogracie.co.za . South Africa and in particular, cape Town is a great holiday destination, so try to make your way down south… and if you do please come visit our Academy. You will be pleasantly surprised.

4. Please tell us about the History of BJJ in South Africa. How is the current BJJ scene and how do you see it developing in the next few years? Who are other top SA BJJ players and trainers?

BJJ has come on in leaps and bounds over the years… the BJJ community and competitor pool has grown considerably. We see an increase in competitions, as well as steady increases in attendance at BJJ academies across SA. It must be noted, that the scene is still heavily dominated by MMA, so we see more practitioners in the MMA/No-Gi form. But… you can’t have your cake and eat it! So as long as more people are grappling, I’m happy!
Other top SA BJJ players? Sorry I can’t think of any… I’m just kidding…
Of course our best BJJ export is the World Champion Penny Thomas, she is a great friend and frequents our academy.
There are also numerous BJJ schools in other SA cities, like Johannesburg, Durban & Port Elizabeth. Essentially if you’re in a major SA city, you’ll find a BJJ school! 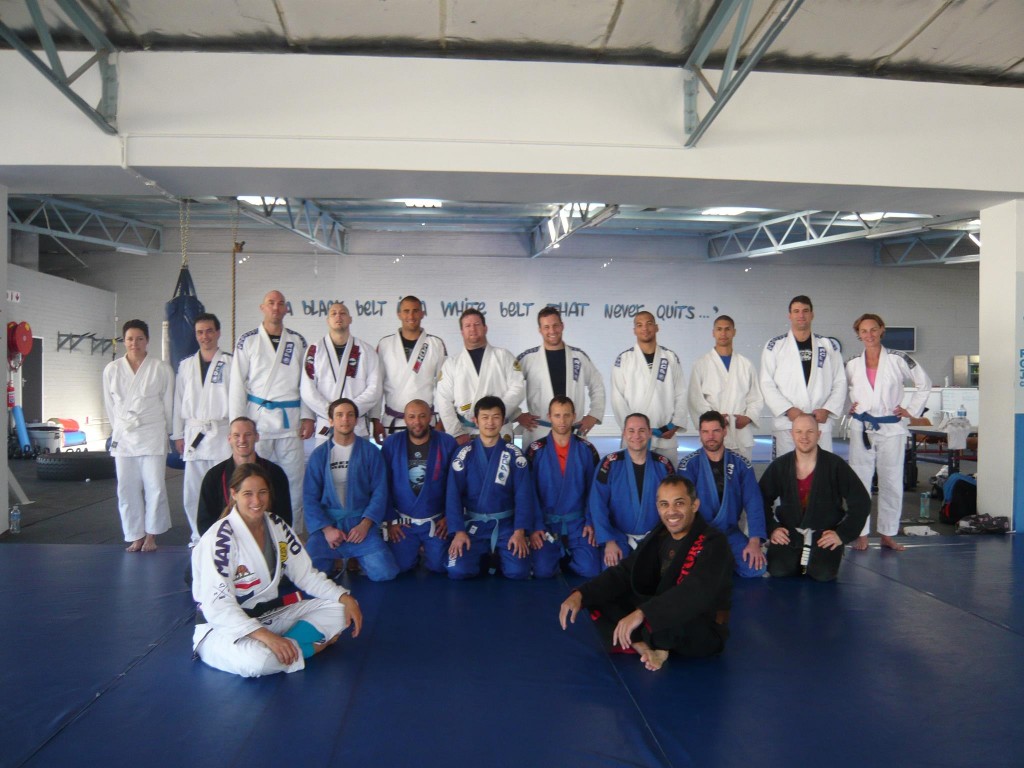 5. What can you tell us about the development of BJJ in Africa? (I’ve heard that there are some really good guys on Reunion Island and Madagascar, and Angola has some good guys too)

The Angolans I believe are leading the way in Brazilian Jiu Jitsu in Africa. They have many teams, and have a great passion and enthusiasm for the art. In a few years the Angolans will be a force to reckon with in the world of BJJ.
There are some good developments happening in Madagascar and the Reunion Islands… there competitors frequent our competitions and have become great friends of our Academy.

I’m actually currently residing in Houston Texas, and will be here for about six months. I’m training at the Gracie Barra WestChase-Houston under professor Ulpiano Malchias (a Professor Draculino Black Belt). I’m actually really enjoying my stay here, and I love my new team! I even competed in the Houston GBNet competition; and won Gold in the Brown Belt division. My team back home… I keep in touch with the guys, and they training hard as usual. The next big competition is the Abu Dhabi Africa Trials coming up in February.

7. SA is the rainbow nation. Do all ethnic groups train together on the mat without any problems? How is the rivalry between different clubs in the BJJ community?

Some hard hitting journalism here… Well, as BJJ is not as widespread as it could be, or should be… we find, unfortunately, that due to financial constraints it is a sport restricted to the middle & upper class. Now apart from Brazil, this anomaly is ubiquitous, we see it all over the world. Maybe someday when BJJ becomes an Olympic Sport and gets government funding, we will see the art taken to all communities in South Africa.
Racial tension on the mats? Our academy is very diverse, yet there is no racial tension… we got a bunch of great guys, but that’s the family type culture we foster.
Rivalry between schools… for the most part, we have a tight knit BJJ community, but where there are people there’s politics… nothing worth mentioning though! 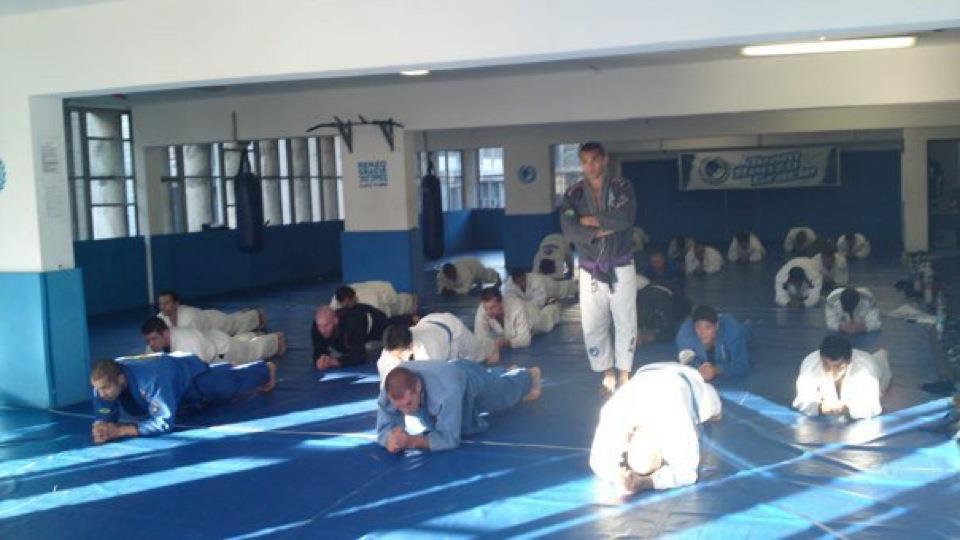 8. If you want to thank some sponsors, feel free. Thanks Wesley and all the best!

Well… thank you again, for affording me this opportunity; I would like to give a shout out to Hayabusa & www.mmawear.co.za my sponsors! Hayabusa has some great GI’s so go check them out!
Keep training, keep living the BJJ lifestyle!