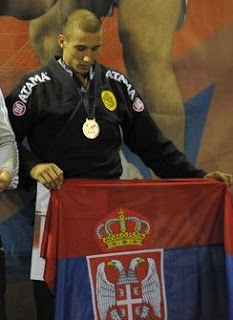 1. Uros can you please introduce yourself to the Eastern European BJJ community? 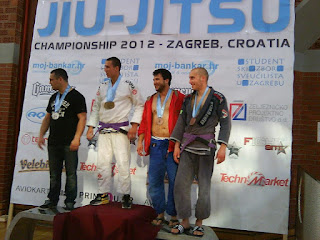 2.How did you first hear about BJJ and how did you start?

My friend Pera Pavicevic introduced me to BJJ and I learned about BJJ.

3. You have been very successful in competitions in the past few years. How did you improve so fast and what is your recipe for success? 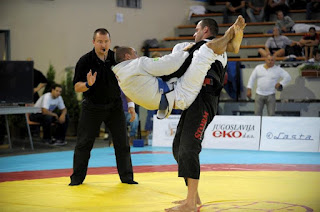 A lot of training. Even under difficult times, I never gave up but rather fought for it. I of course had great training partners to train with since the beginning like for example: Aleksandar Rajacic, Nikola Savic, Uros Culic, Milan Zerjal,Gile Huni and many others in our team. Decisiveness, wanting it, are for me the most most important factors and off course training regularly. Without my BJJ instructor Jovan Zerjal, who always believed in me, supported me, and pushed me to train, I wouldn’t have achieved all that I’ve achieved so far.

4. Please tell us about your academy in Belgrade.

Our BJJ is called Zerjal Team and is located in Belgrade in the neighborhood of Vracar. It is lead by Jovan Zerjal, (2nd degree BJJ black belt) the man that brought BJJ to Serbia (in 2000), as well as Slobodan Davitkov, BJJ black belt.

5. Tell us about your performance at the IBFFJ Europeans in January? 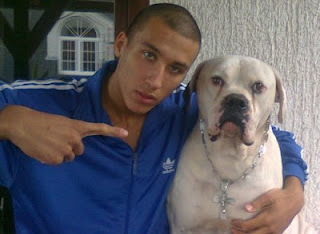 There were 85 guys in my weight class! Up to the semi final, I submitted all my opponents in under a minute. In the semi final I lost to a Brazilian who was the eventual winner. I had an advantage on him up to a few a few before the end but got swept and ended getting the 3rd place.

6. This weekend, you got gold at weight and absolute purple belt at the Croatian BJJ Open. Please guide us through your matches.

At weight the other fighters didn’t show up so I ended up being alone. In the absolute, I had 3 matches. The first 2 were finished by triangle and the last by armbar. All three fighters were much heavier than me so it was tough.

7. You spent some time last year training at Megaton Dias’s academy in Arizona, USA. How were the trainings there and what did you learn? Did you also compete in the States?

Yes, I trained with Megaton 2 times per day. He is a great teacher and he corrected many details in my game which had a big effect on me. They have great facilities. The academy is open 24 hours a day. I competed at the world’s there and lost my first fight at blue belt. It wasn’t my day. I then competed in the Arizona Open and took third place , with a injured knee.


8. How would you describe your game?

I like to pull guard. As you know  the triangle is my weapon of choice. I train alot of spider guard. I like attractive Jiu-Jitsu and always look for the finish.

9. Who are your favorite BJJ players and why?

I like Romulo Barral and Jacare Souza, there are more but those two are my favorites.

Primarily I want to get the black belt. And then go for European and World champion titles.

Thank you and same to you!