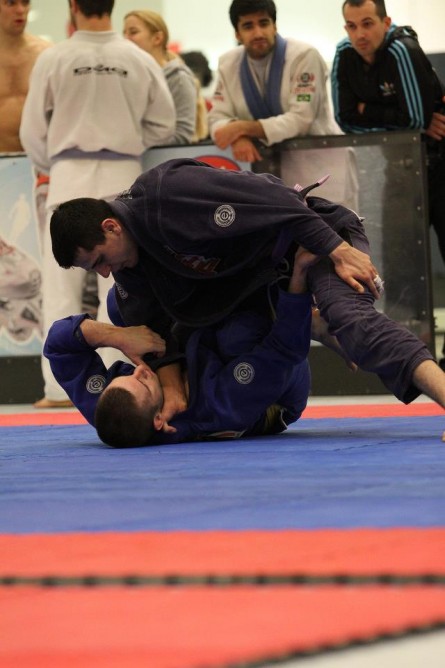 Luka Radulovic is a rising star in the Eastern European BJJ scene. This 21 year old has been on a tear in the past 18 months competing and medalling in every local tournament and generally dedicating his life to becoming a better Jiu-Jitsu player. In this interview he tells BJJ Eastern Europe about how Jiu-Jitsu changed his life and gave him a new drive. Watch out for Luka Radulovic, BJJ World:

1. Hi Luka, can you please introduce yourself to the BJJ Community of Eastern Europe?

Hi, my name is Luka Radulovic, im 21 from Belgrade, i’m a capricorn, right handed, not a bad cook, terrible dancer, okay bjj-er. Currently i have been a purple belt for a year and a half, my main titles are gold medals in 88kg in purple belt from East Europe Championship and Croatian Open in 2013 which is funny because in lower belts i would always lose, i have a gold medal from a competition in Karlovac but i dont count that because my opponents didn’t show up so i gave that to a friend of mine since it holds no value as a properly won medal.

I’ve been living in Belgrade since 2001 after moving a couple of times after the Nato bombing among other things in 1999 and in 2007 i started training one of Serbian martial arts, There i met a guy who watched a lot of Gracie University techniques and one day we sparred, he tapped me out i was like “why? how? where did that come from?” and things like that so i went online and found Lutador. I started training there in october 2008 and have been there since the beginning and that’s where i found out that BJJ is a very punishing and rewarding sport in the same time which is also addictive…if that makes sense. 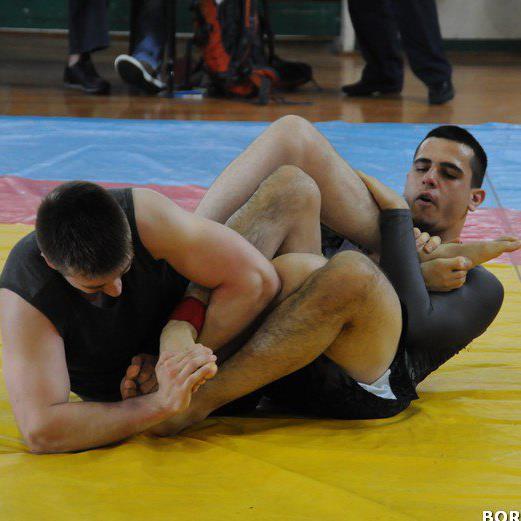 3. You have really blown up on the regional competition scene in the past year taking gold medals left and right. What triggred your success?

My sucess comes from my knowledge in bjj, im always watching fight and a lot of instructionalls and following what’s new in the world of jiu jitsu, how can i improve every aspect of my game and if you know what your oponnent can throw at you you feel much confident and probably because of the fact that after every practice i go home and look for a instructional to fix my mistake, i did that for the past 4 years almost and i can say it gives results altough it can be tiring after some time. I know alot of competitors who are like “im not the most technical but thank God im strong like a bull and that will help me”. That’s not my mentality for jiu jitsu and i think in the long run you have to always fix your mistakes and do everything you can to destroy your ego in training or you’re going to get smashed someday and then it will be to late when you don’t know how to cope with that. The thing that triggered my sucess…i’m guessing it’s because i use a lot of positions and i finally have a well rounded game so when i fight now you can’t put me in dangerous position because i’ve been there so i felt relaxed and prepared for almost every situation in a fight plus doing weight lifting the past year which helped a lot for competitions and couple of stronger brown belts in competitions. I just believe that if you don’t constantly evaluate yourself you get to relaxed and next time you fight a guy you’ve beaten you lose because you underestimated your oponent, that doesn’t happen to me, if you see all my fights since 2011 to 2013 after every competition i have been always improving and always bring something new in my fights.

4. Please tell us about your academy in Belgrade, Lutador BJJ.

Well, we are one of the youngest academies in Belgrade and Serbia in general, our coach is Mateja Valjarevic and he taught me everything i know in BJJ. We have a lot of tough guys who didn’t have a chance to “shine” in competition but we will get there. In Lutador we traing almost everyday, 2x a day, drilling in the morning and conditioning, after that in the evening we have a competition class and after that the beginers class which i’m coaching so it’s a full day of Jiu Jitsu at Lutador. Sometimes we have guys who drop in, we had a purple belt from Roger Gracie academy and last summer some guys from Macedonia so everyone is welcome to stop by and train with us. The thing that separates us from the rest is that we have more modern aproach to BJJ and do everything to improve, no ego, no trying to hurt training partners or just prove that you can tap out someone, we just train, keep our mouths shut and the thing we love which is BJJ, that’s why i feel that everyone in my academy is like my second family…which i can choke. Yes, that’s the good side of that.

5. Last weekend, you got gold at weight and silver at absolute purple belt at the Croatian BJJ Open. Please guide us through your matches.

In the first match i fought Miro Erkapic, i pulled guard since the last time that was his strategy and it almost worked, he’s a tough guy and surprised how strong the guy was. I don’t actually remember the most of that fight because i was so relaxed that i just reacted like i was in practice so my mind was clear. In that fight i got the tap from a triangle armbar .
In the finals of the 88 i fought Hrvoje Zanic, i won that fight on points and strugled couple of times since Hrvoje has a similar game.
In the absolute i fought an older guy who i tapped in 30 seconds from a cross knee pass into cross choke.
Semi final was my rematch againts a phenomenal guard player David Vojnovic, he is usualy the tallest guy in the competition when he walks around. It was a tough match since he is a great guard player but i analysed his game a long time ago so he coudln’t do anything i didn’t expect, i got the win by a referee decision since it was 0-0 and 1-1 on advantages. I saw what were my mistakes in that fight so i will fix them as soon as i get some rest since my knee popped in the mid fight.
In the final i fought Asa Nadarevic, i lost in our fight in Serbian Cup so this was a rematch, i pulled guard since i knew that was the advantage i can take before he pulls guard, i swept him, got in closed guard which is like a death trap since he has strong grips and makes eye contact which is awkward in mid fight. He got an omoplata, i escaped and almost got in the side control, he regained guard and swept me, i had a sweep attempt but he swept me back, again i tried to sweep him and got a double leg but when i got him down he swept me into mount and got the cross choke. It wasn’t that dissapointing since knowing the fact that a year ago no one thought i will do anything in BJJ, but when we fight next time i promise you it wont be a boring fight.

Currently we are trying to see if we will go in Rome to fight in No Gi Europeans and focusing on nogi, im currently focusing on my humble little bjj academy i have for the last 6 months which is funny since im the youngest coach in BJJ in the region so we will see that happens. As for the whole Lutador team we are training hard as always and doing our best to improve everyone as we have a couple of new guys in white and blue belts and who will make a name for themselves so you will be hearing a lot from Lutador BJJ from Belgrade.

First i would like to thank BJJ Eastern Europe for this interview and sponsoring me for the last years competition, BJJshop.rs for sponsoring me since they know I’m broke so I’m really thankful for that. My coach Mateja who invited me to train BJJ, Nikola Savic who gave me advices to keep training from around 4 years ago when i almost quit bjj when everyone destroyed me and didn’t know how to accept defeat after being tapped out 20x on one night from a same person. Igor Savovic, Dejan Zivkovic, Big Dejan who helped me a bunch of times, Viktor Prlja for destroying me and making me a shoulder-into-face resilient fighter when im in guard, Stefan Nemanja Manojlovic and all the other guys who regularly destroy me everytime we fight and make me a person and a fighter I am today and every opponent who has beaten me in the past years. And for the end Nemanja Milosevic who is one of our best MMA fighters whom I trained in grappling before his fights and in return he helped me tremendously in physical preparation and conditioning, without his help these medals wouldn’t be possible.

8. Thanks Luka and all the best!

Take care and all the best.