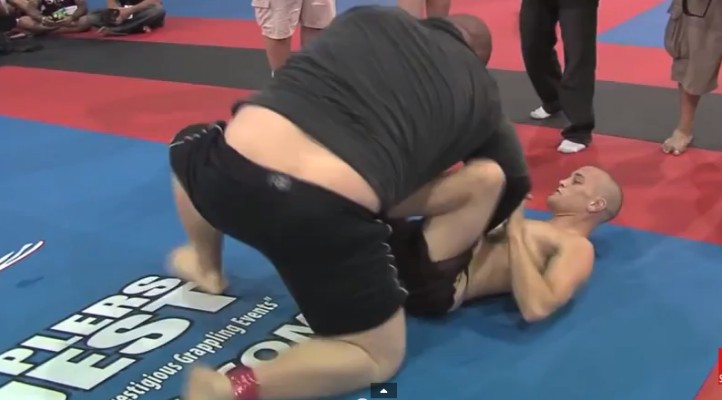 If you are a fan of Brazilian Jiu Jitsu, then chances are you have heard the name Jeff Glover

once or twice in your time as a fan.

A true talent on the mat, Glover is equally talented when it comes to charisma. A colorful

personality, Glover is a fan favorite that seems to connect with fans around the globe, on top of

being a pretty talented guy.

As an accomplished lightweight grappler, I was curious to pick Jeff’s brain about how he

prepares and deals with grappling larger opponents. I recently had the opportunity to speak

with Glover one on one about an array of topics, and didn’t hesitate to pick his brain on the

Needless to say, he had some good pieces of knowledge.

Play The Game And Be Smart

When you hop onto the mat to take on larger opponents, you have to play the game and be

smart about it. Larger opponents are most likely stronger than you, so going in straight on

likely will end in bad news on your part.

Glover is aware of this, and was quick to stress the importance of being a tactical grappler.

“You just have to be confident,” Glover shares. The importance behind the mental make-up of

a grappler is an important one. If you go into a match thinking that you’ll lose, then chances

are very high that you will lose!

However, Jeff makes it a point that he studies the game of Jiu Jitsu. “A lot of BJJ is squeezing

into tight places,” Glover harps. This is something often overlooked given how obvious and

basic it is, yet, when you think about it, it is of the upmost importance for lightweight grapplers!

When you look at it from the perspective of trying to find the opening, lightweight grapplers

actually have the size advantage! Given the size difference, the smaller grappler will be able to

take advantage of smaller openings, and can attack them to exploit a weakness.

“I can get to the places the big guys can’t,” Glover continued, “and that gives me an

All of a sudden being the smaller guy isn’t such a bad thing, is it? Being strategic and tactical in

your approach to larger opponents is going to be a big help in your quest for the victory,

however, being able to use your actual skills is what will score you points and get their hand to 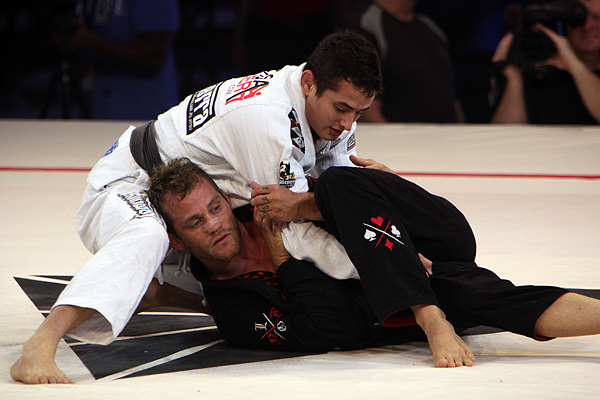 with, you’ll then want to be able to advance your position and try to score the submission

victory. But, as a smaller grappler, what type of position should you work for? To Jeff Glover,

that’s an easy one.

The best way to take out a larger opponent is to get to their back! This is a sentiment that I

agree with 100%, as the back is the hardest part of the body to defend once your opponent has

“Take what you can find, but always be on the path to their back,” Glover tells me. If along the

way a submission presents itself to you, such as an armbar, by all means take it if you think it’ll

end the match! But just remember, if you aren’t sure about it, just continue your journey to

No matter where he is in the matt, Jeff is a very proactive thinker, and always asks himself one

question: How can I get to the back from here? By posing this question to himself, he is keeping

his mind in the present, allowing him to be smart, but also is doing some forward thinking,

allowing him to be one step ahead of his opposition.

When I asked Jeff is there was any specific positions that he likes to work from, he said how he

loves to work from the bottom half guard. The reason being is that it allows him to isolate

certain parts of the body, which then displaces bodyweight, allowing him to score sweeps much

easier and opens up passes.

vulnerable position. “I just kind of chill,” Glover shares with a chuckle.

So, next time you find yourself grappling a larger foe, just do like Jeff Glover and just chill.

A real life David vs Goliath match between two BJJ black belts that happened at Grapplers Quest a few years ago.