Azerbaijan’s Ramil Mammadov On Spreading BJJ In The Caucasus & The Warrior Mentality. 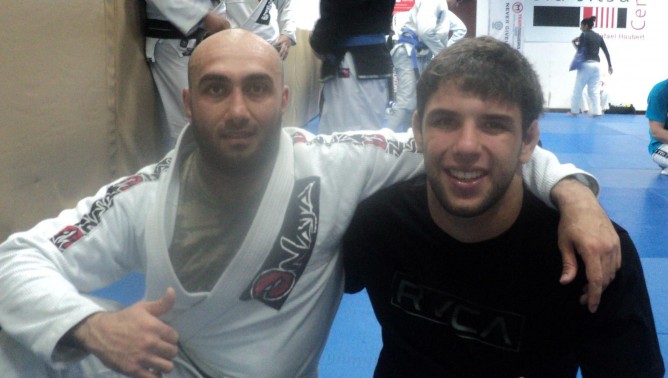 Ramil Mammadov is working hard to spread Jiu-Jitsu in Azerbaijan and the Caucasus Region. He spoke with BJJ Eastern Europe about his work, his trainings in Europe and his meeting with his BJJ instructor Roberto Atalla:

1.Hi Ramil, can you please introduce yourself to the BJJ community of Eastern Europe

Hi Gile, my name is Ramil Mammadov. i am from Azerbaijan. I live in Baku, but I often visit Europe (Lithuania and Poland). I am a BJJ blue belt, and training BJJ for 1 year in Europe and in Baku. 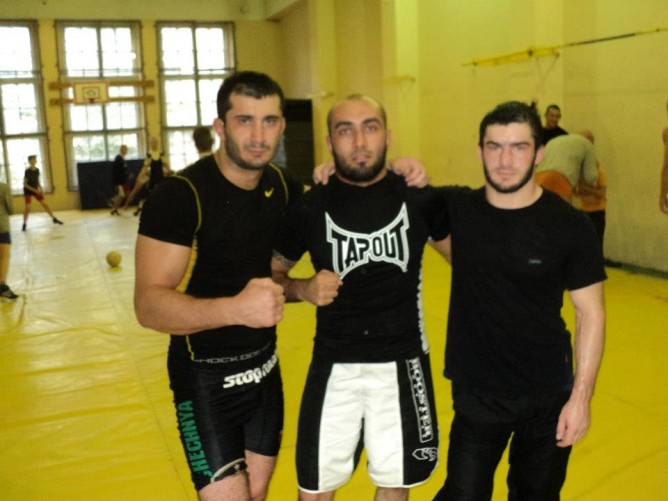 2.How did you start training Jiu-Jitsu (Tell us about your BJJ history and other your other grappling sports history)

I want start talking about sports in Azerbaijan. in our homeland wrestling is very popular like for the rest of the Caucasian people so like many I started BJJ from a strong wrestling background. In my childhood, I participated in many wrestling tournaments and then moved on to sambo and judo and became a couple times Azerbaijan champion and got my black belt. When I came to Lithuania, I wanted to start training MMA but when I started, training grappling, I saw that I still had a lot to learn especially in BJJ. I started to look where I could find a good club at that time. I met with Szymonom Bonkowski head coach of Arrachion MMA Team in Olsztyne, He always helped me and I want especially to thank him. 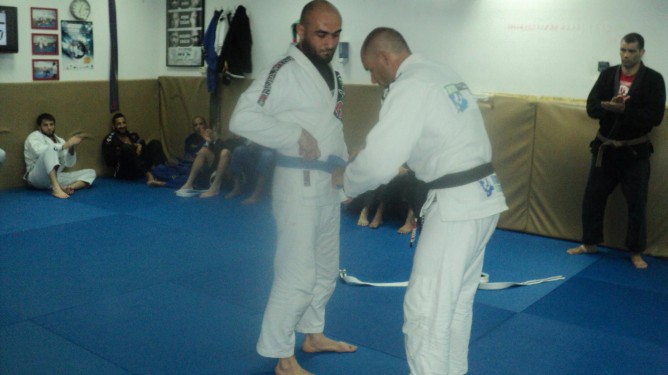 3. Please tell us about the BJJ scene in Azerbaijan, and the other Caucasian countries. How do you see it evolving in the next few years?BJJ in Azerbaijan is developing very quickly. We have been fans of BJJ and train heartily with the hopes of becoming  good bjj fighters. For the moment, in my country there still isn’t anybody above blue belt. We don’t have many facilities for BJJ. We are always used to have support for sports from the state but BJJ is very different from other sports regarding organizations, federations. Here not everyone likes to participate to create a competition so it’s hard but I think that in the very near future it will be all right because young people are becoming interested. I wanted especially to thank  prof. Kazeka Muniz for helping my friends in Azerbaijan. He was the first BJJ black belt in Azerbaijan and trained there. He loves Azerbaijan wrestling and BJJ. What can I say about Caucasian BJJ?  In northern Caucasia, I know that in Dagestan there is a very strong team Gracie Barra and Emirates Jiu Jitsu Russia. In Abu Dhabi World Pro they took more than 10 medals. I want to note that Chechnia and in Kabardino-Balkaria there are also good grapplers, maybe many people don’t know but I can tell the world there are 2-3 black belts in Brazilian Jiu Jitsu among the Chechens, just Dagestan, Chechnya and Kabardino-Balkaria as a part of Russia so they take over the flag of Russia. Regarding Georgia and Armenia , as far as I know unfortunately there aren’t any official BJJ academies.

4. Please tell us about how you came into contact with Roberto Atalla, and eventually opened Rio Grappling Club Azerbaijan.

I met him on facebook and we spoke a lot.  He really helped me, that is not in words but in reality. He advised me and I went to his gym in Wroclaw, Rio Grappling Club Poland, where I met the good guys and a great coach Mariusz Koziej.  I then participated in the world championship FILA Grappling, where I met with the guys from Rio Grappling club of Italy with Bernardo Serrin and Andre Lavaggi. I saw how together with with Roberto Atalla they really had the love of BJJ, so I wanted to join them. Roberto invited me to Dubai because of visa for Dubai. He couldn’t come Azerbaijan to see us, so we went to see him train and we got the belt and then he sent all rules of Rio Grappling Club, I realized that I found what I was looking for. Now we have already official bjj club in Azerbaijan , we very happy join to RGC.

5. Caucasian fighters have a reputation as being very tough, brave and already having a excellent base in grappling arts (Wrestling, Sambo etc..). How can you explain that?

So much is known of Caucasian fighters not only in Europe even in U.S. It all depends on tradition,firstly, Caucasia was all the time at war,then, all nations have traditional wrestling, excellent nature, beautiful Caucasian Mountains and finally our parents educate us to be warriors. We cherish our tradition that’s why. We can lose, but no one is able to break us ! 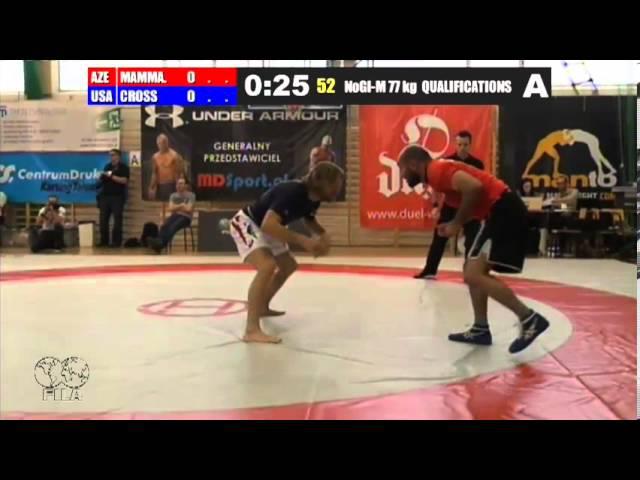 The next thing is that we will be training hard and prepare for competitions under Rio Grappling Club Azerbaijan with my best friend and coach Vasif Iskenderov , I believe that we will grow very fast. I will spread bjj in Azerbaijan also in Caucasia,i hope we will have contact often with you.

7. Thanks Ramil and all the best!

Thanks Gile for your attention and for the interview
may God protect you!
Best regards.