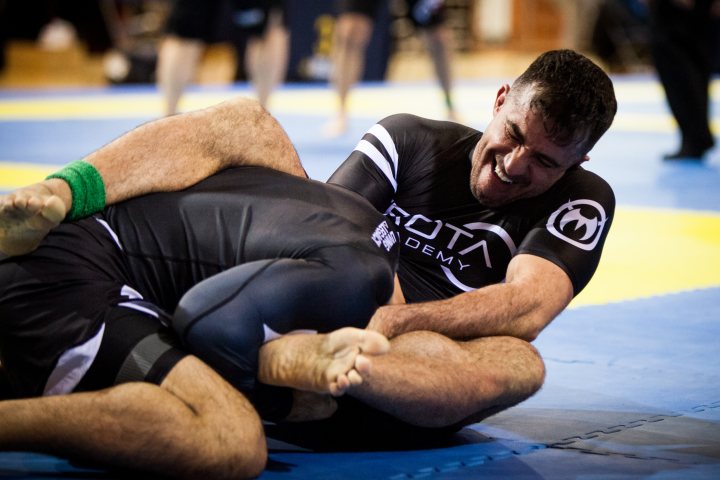 Returning to competition after a long break is always a tricky task. To be a successful competitor, you often need to have competition rhythm but sometimes willpower and high level technique is more than enough…

Augusto Frota hadn’t competed in BJJ in over 12 years. The former Shooto Europe MMA champion and BJJ black belt was focused on growing his BJJ academies and also went through a string of iis the owner of Frota Academy in Zurich, Switzerland one of the influential personalities in BJJ/MMA with a varied background in martial arts as well as in business and with a vast network in the industry. Frota knows the who’s who’s of BJJ/MMA and uses his contacts to bring in different world class instructors from various affiliations to teach class at his academy every week. They’ve recently had teaching class and conducting seminars: Braulio Estima, Gezary Matuda, Davi Ramos, Leandro Lo, Rodolfo Vieira, Marcus Buchecha…The list goes on and on.

Frota is a 3rd degree black belt in BJJ under MMA/BJJ legend Rodrigo ‘Minotauro’ Nogueira, and is also an MMA pioneer in Switzerland when he fought in the Shooto circuit in Europe and Japan.

1. Why did you take such a long break from competing in Jiu-Jitsu?

I was a very active MMA fighter 10-3 ranked #1 in Europe during many years ,but unfortunately I had a disk replacement surgery due to a neck hernia…

They said that I could never train. After I started to train, they said I could never fight again …. I just just like to piss off all the doctors.

2. When and where was your last competition?

3. What made you decide to come back?

Renzo telling me I should go back and I had a lot of personal issues that made me feel that all the physical pain was a small issue.

Plus I got Andre Benkei. The guy is strenght and condition coach for over 1000 ufc fighters.

With age you need to train smart because you don’t have same time to spend only with training and your physical state isn’t the same anymore so less is more sometimes.

What defines a great competitor is a good balance. 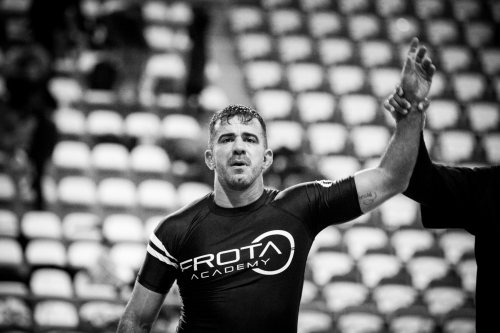 5. How did your matches go?

Won Cat. and Absolute and no one scored any point on me.

6. How much have bjj competitions changed in the past 12 years?

No one want really to submit nowadays. It’s all too strategic !

7. What is the latest with Frota Academy ?

We have a new school in Mayfair, London and we are developing one very special ap that will change the online learning process.

Plus we will have more amazing camps like the Buchecha, Lo, Preguiga, Rodolfo camp we have done !

Fight most ibjjf events ,need to look for some people on the brackets and Iam close to sign with one One FC and hopefully teach you guys in Serbia again soon.

9. What advice can you give to older grapplers to stay in competition shape?