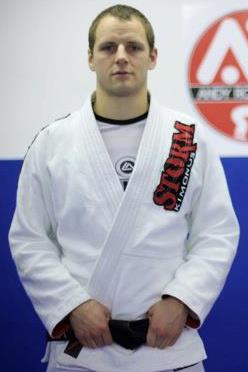 Andy Roberts is a respected BJJ instructor and competitor from the UK. He holds a black belt under Roger Gracie. In this interview with BJJ eastern Europe, Andy talks about his BJJ story which took him to the Gracie Academy in Torrance in the 90’s to opening his own academy. He also talks about the style of Jiu-Jitsu that he teaches which is based on solid basics that will prepare you for all situations:

1. Hi Andy, can you please introduce yourself to the BJJ Community of Eastern Europe?

2. You were one of the first people to train BJJ in the UK. How did you start?

I was helping out teaching at a traditional ju-jitsu (TJJ) school in Sheffield and they brought Carley Gracie in for a seminar. That was back in 1998. After that one session I was absolutely hooked – after that I attended BJJ seminars whenever they were in the UK, I drilled and sparred with the TJJ guys every time i could and in the end I went to the Gracie Academy in Torrance to do a ten day intensive course. 5hrs a day for 10 days!! after the 1st day i had to go buy some knee pads! 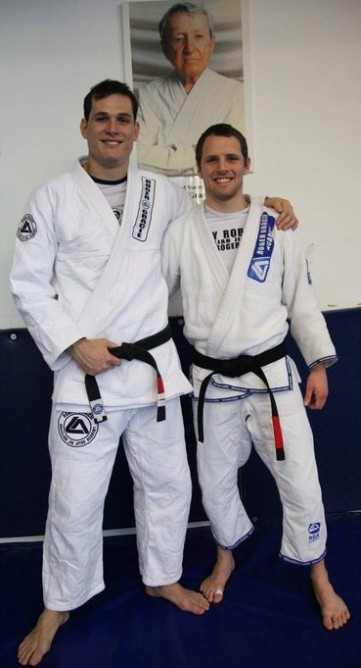 3. You mentioned that you spent some time training at the Gracie academy in Torrance. Please tell us about the trainings you had with GM Helio Gracie.

When I first went out there i was mainly training with Ryron, Renner and Caique (Henrique Elias). the classes were the same as any BJJ class I have attended but the main thing was no warm up. straight into drilling, if you wanted to warm up you had to get there early, they said they were there to teach Jiu Jitsu not warm ups.

The 2nd time I went out Royce was doing most of the teaching as Caique had left to do his own thing. that year they were putting on a tournament and Helio had flown out as well. One afternoon class Helio did the teaching, he would demonstrate on Royce, Royce translated and we drilled. think we did takedown defence into a guillotine and maybe cross choke from guard. after we sparred, Helio rolled as well but just with his grandsons Ralek, Ryron and Renner.

It was an awesome experience and i remember sparring a lot of the time with Ralek as he was my size. 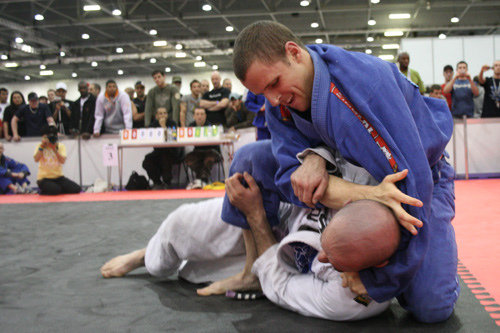 4. How are Roger Gracie’s and Mauricio Motta Gomes teaching styles? What does mean to you to be a student of Roger Gracie.

I feel immensely proud to be a student of Roger and Mauricio i like the fundemental jiu jitsu, it follows my own philosophy and what better people to learn it from. I have had other instructors telling me i should do berimbolo, inverted guard etc because my flexibility allows me too, trouble is, it doesnt compute in my head, i want my jiu jitsu and that of my students to work in all areas, self defence, MMA and BJJ competition and all with the end goal of the submission.

5. Please tell us about your BJJ academy. What do you differently than other academies

I started my academy in sept 2007 as a purple belt because i was working full time and driving into london 4/5 times a week to train. it was time to start teaching again and so i did on a friday night in a strange town. I had 14 people on the first class and from that day on i knew it would be my life.

currently we have around 150 students including 30 or so kids. i dont believe i do anything particularly different to any other academy and i know some academies do certain things better than me. but i do pride myself on the types of people i have training at the academy and can truely say i have made some amazing friends and also started friendships between others. I know it’s a cliche but it is a family.

we have kids coming in who want to gain confidence, who are being bullied. we have pro mma fighters and we have the office worker who just wants to keep fit. We have high ranking army officers training alongside computer salesmen and carpenters. The one thing i truely love about BJJ is it is a leveller, on the mat it doesnt matter who you are and what you do everyone is equal (apart from the blackbelts of course, we are special!! hahaha) 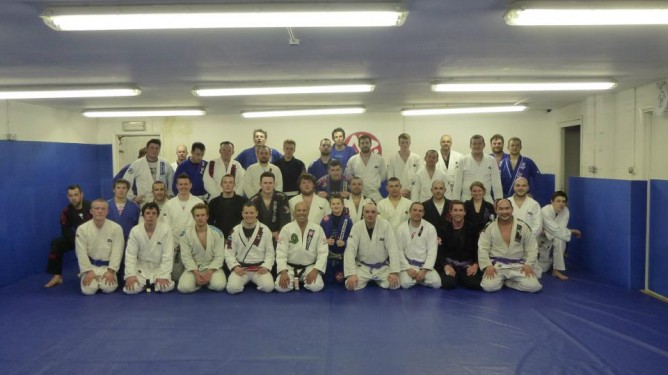 We have some guys fighting MMA, one, Tim Menzies making his debut on BAMMA, some guys are going out to the Euros. I dont make anyone compete but if they want to we will make sure they do well. One of my guys just got Gold at the IBJJF Munich Open, he said he almost didnt get on the plane as he hates competing!!.

I am going to put on a tournament next year on 6th July at www.surreysportspark.com, it will be a great event and be good to see some eastern european BJJers in the mix!

I would like to thank www.stormkimonos.com for their support and keeping the designs fresh!! they have some awesome new stuff coming out, Braulio and Galvao debuted it at ADCC and World Jiu Jitsu Expo. www.made4fighters.com for their support of the MMA team, everyone who i have ever learnt anything from, all my students without you i would be nothing and lastly my wife and daughter for supporting me.