Andre Galvao on Growth of Team Atos: ‘We Do Everything with Excellence’ 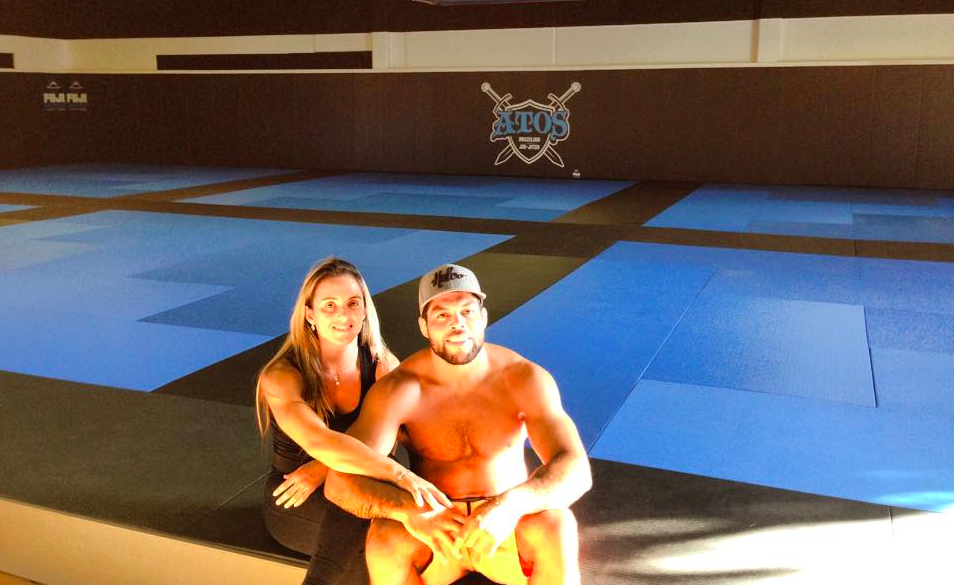 Created in 2008 by André Galvão and Ramon Lemos, Atos Jiu-Jitsu was first inaugurated in São Paulo, but soon expanded and currently has a great new facility located in California, as well as many affiliates including Art of Jiu-Jitsu Academy run by brothers Guilherme and Rafael Mendes. Atos as a team is continuing to grow stronger as the years go by.

Proof of this was the great result achieved last weekend, when Atos won the best team award for the World Jiu-Jitsu No-Gi championships organized by IBJJF. With a structure that includes promising youngsters, the team promises to follow in this good phase in the coming years.

Atos HQ which is based in San Diego has recently moved to a new state of the art facility:

André Galvão – who has an established career in Jiu-Jitsu and is one of Atos leaders – stated to Tatame that the evolution of his team is due to the performance of its members at black belt, brown and purple, citing Mendes brothers, Calasans, and Ed Ramos  who are responsible for developing a new generation fighters.

“The evolution of the team comes through hard work and dedication, not only mine, but of all teachers and students of the team, who wear the flag with pride. We have many talents, a good group of killers coming up with everything. Black belt, for example, have names like JT Torres, Keenan Cornelius, Liera Jr, Lucas Barbosa, Andris Brunoviskis, and also Guto Campos. These fighters train with me. Also, we have teachers from other branches. In brown is Rolando Samson, Carbullido, and my kid here who is beast, Nisar Loynab. It’s hard to remember all … In purple we have Dominique Bell, Pete O’Neal, Mike Perez, who also fought the ADCC this year and drew with Calasans. Other than that, the Academy of Rafael and Guilherme Mendes, have a lot of great kids. They do a great job as well. Not counting Calasans who has very good athletes … Ed Ramos in Texas, Caporal, who is exploding in China. We are training and preparing this whole group, so I am so motivated. I think the whole team is happy.

About prospering in the very competitive Jiu-Jitsu market:

We didn’t just just set up an academy together, but a team. I think the best is dedication, communication, and also giving a lot to each other. Thank God, the whole team is growing, not only in competitions, but also in the organization. Having a gym is not easy … Imagine organizing an association? It’s a lot of dedication. All this takes a long time, you take care of lives of people, but we do everything with excellence. For everything in this life should be effort, and Atos have it.