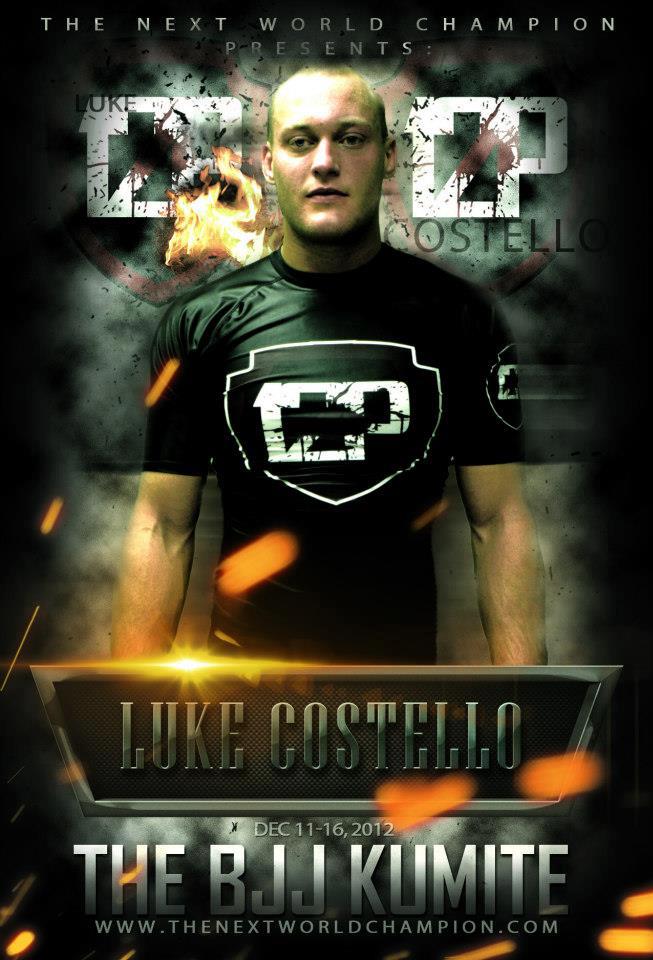 1) Luke, can you please introduce yourself to the BJJ Community of Eastern Europe? 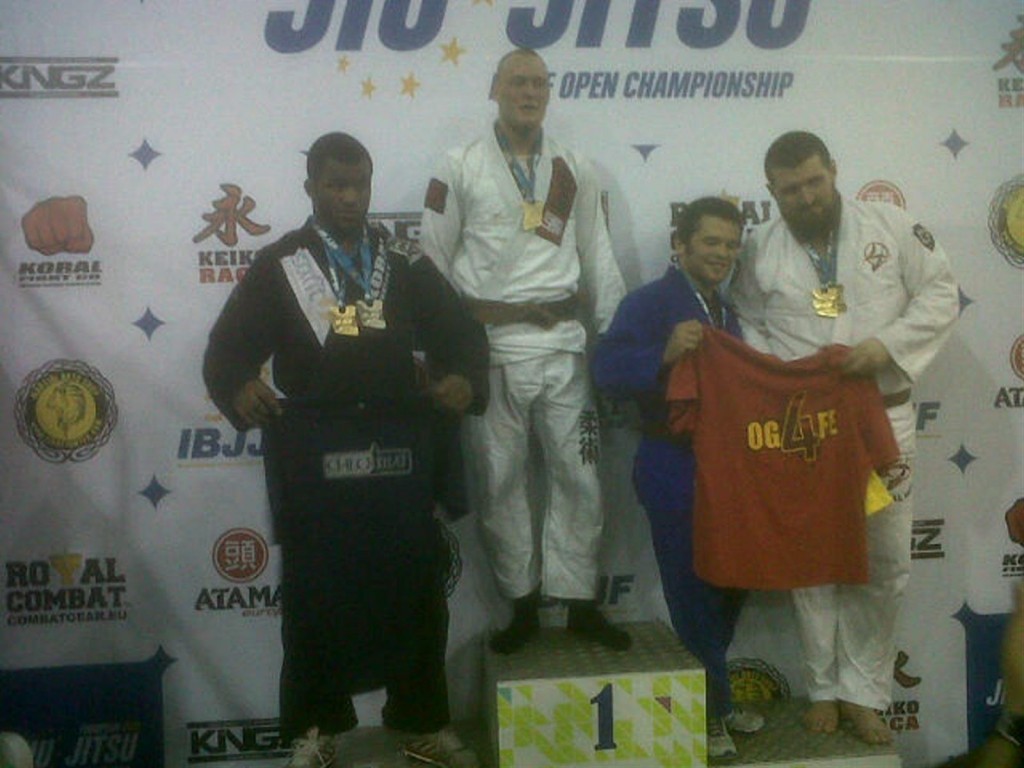 Starting with judo in my early teens I always particularly took an interest in the groundwork aspect of the sport. My father was launching his MMA career around this time and he and his long term judo Friend Colin Rooke would teach me extra ground work techniques on my days off judo. When I was 17 I packed up my things and moved to bath to train full time at their Olympic training center of excellence. There I would train 3x a day on a scholarship under the watchful eye of the Japanese youth team coach Norito. He was recommended by multiple world and Olympic champion kosei Inoue and Norito himself was a groundwork specialist. I achieved my judo Black Belt shortly after. At 18 I injured my knees and decided to come home to Exeter and live with my dad to continue my groundwork and BJJ training until they healed. The injury was a impact injury and wasn’t aggravated by twists in the knee as much as hitting it on the floor like in Judo. I got hooked on this new sport and never went back. When I turned 19 I told my dad I wanted to be a world champion in BJJ and he said the only way you will get there is if you train with one. The 2 best coaches in the country at the time were roger Gracie and Braulio Estima and after watching videos of both I decided I admired Braulios creative and flashy style. I now appreciate Roger’s style a lot as well. I packed my bags again and moved to Birmingham to train full time under the Estima brothers, Chiu kwong man and Norby. Braulio was a hero to me and was everything I wanted to achieve in life and he treated me really well for which I’m really grateful. The team was really nice as well and I made some good friends. I have spent in total about 18 months training in Birmingham over the years. I spar with my good friend Kenny Baker while in Exeter and am currently planning to make weekly visits back up to my home club in Birmingham. 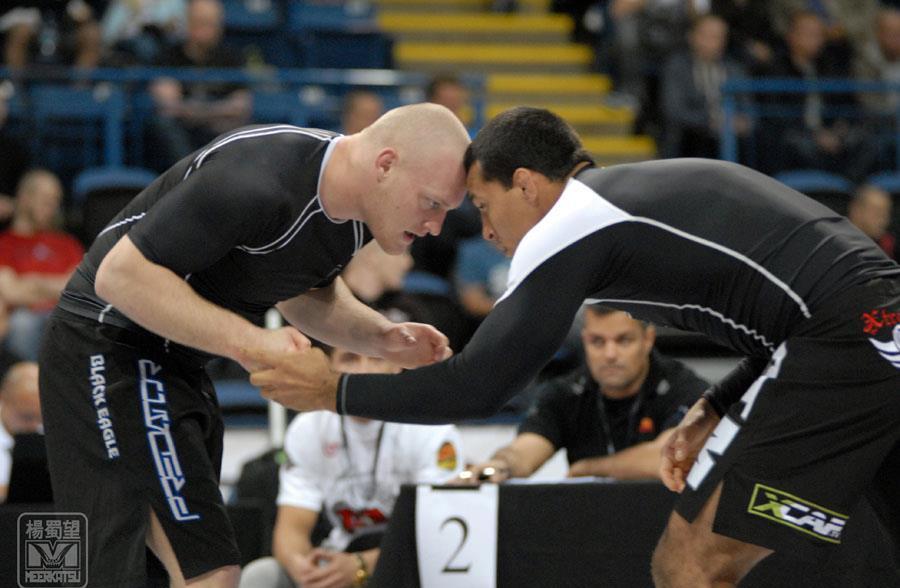 Luke at ADCC vs Vinny Magalhaes

3)  Why did you decide to dedicate your career to BJJ over Judo?

I started BJJ because my knees couldn’t withstand anymore judo. I also had bad ankles, shoulders, fingers and toes. I put myself through to much when my body wasn’t strong. I always planned to go back but I never did. I was fascinated by the sheer quantity of moves to learn and the constant thirst for knowledge kept my mind much more active than judo.

4)  How was it growing up with a father competing in Judo, MMA and chess boxing?

It was good being brought up with a father who was a champion in judo. Not just because of the techniques I learnt but because he taught me the most important thing of all. How to think like a champion. there have been young champions, old champions, big, small, from a big academy, self taught it doesnt matter its all about having the right attitude.

5)  Please tell us about your academy in The UK. How often do you roll with world class level BJJ players such the Estima bros or Roger etc..

I teach at a few academies near where I live but they are relatively new and dont have any higher grades. I have never rolled with roger, I rarely roll with Braulio. I havent really sparred with many world class players I’ve just always made do with what I have.

6)How do you rate 2012 in terms of success in competitions. Are you satisfied with what your performances? What would you have changed in your training or the way you went about your matches?

I wasn’t happy with 2012 at all. I didn’t train much and had no motivation or focus. I was lazy and it cost me some results. I just felt id blown myself out to early and was no longer enjoying it. I got some great results submitting the 2 best brownbelts in the world at the time Jackson sousa and Filipe Pena at the European Championships. However this was me just cruising on previous hardwork and not my dedication in 2012. I have however rekindled my desire and really had time to reflect on what I want in life. 2013 will be the year I make up for wasted time and shock the world. 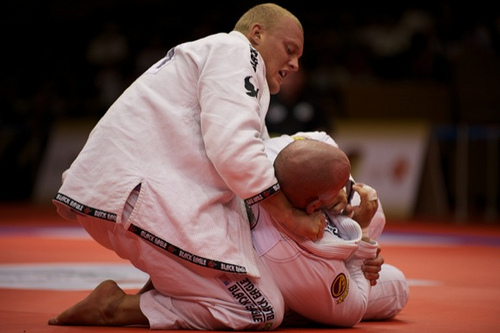 7)You recently were involved in Lloyd Irvin’s brown belt Kumite. What were your impressions from training at TLI and their facilities and team mentality? Please tell us in detail about your experience at the Kumite?

The training at TLI is tougher than I had ever experienced. They litterally train until they cannot move a finger every day. More than anything Lloyd has created a powerful team spirit and they all push each other forward. Lloyd would do anything for his fighters and they idolise him. some guys he has even pulled off the streets, housed and they became champions. The experience at the kumite was a good one and a eye opener.. really made me decide to commit my life back to full time training and not whenever I feel like it. I started to appreciate the opertunities BJJ had given me and not just focusing on the massive debt it has caused me haha.

8)How much of an influence does Judo still play in your BJJ game?

I could beat most bluebelts before I even started bjj just using my Judo. It taught me solid takedowns and control game. good base, posture, balance, chokes and armlocks from everywhere. its not a complete ground game but covers all the basics and gives your game a solid core to work off.

I am going for the grandslam this year. double gold at all Ibjjf majors.