Vitamin D – This Is Why You, As A BJJ Athlete, MUST Take More Of It 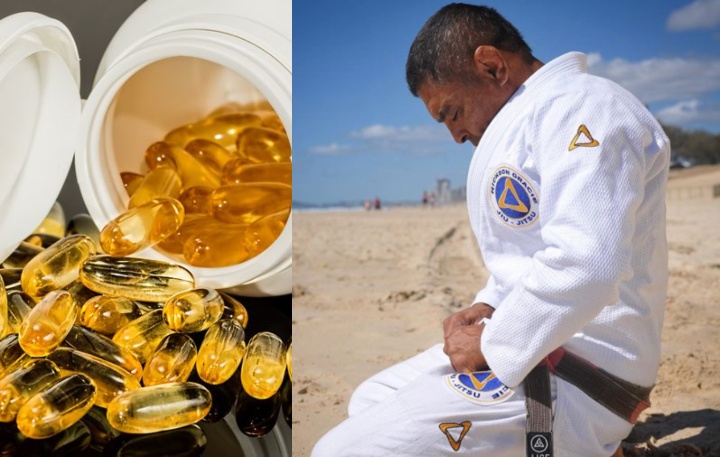 When was the last time you spent a decent amount of time outside, exposed to the sun’s rays? Was it, like, a couple of months ago when you were sunbathing at the beach? That’s not enough… Not just because of your tan (we get it, you look better with it), but because of the lack of vitamin D!
Vitamin D is often called a „sunshine vitamin“, as the primary way of intaking it is via sun exposure. And it’s an incredibly important vitamin for Jiujiteiros – here’s why and how to take in more of it!

YOUR BONE HEALTH DEPENDS ON IT

Bones are prone to breaking in Brazilian Jiu Jitsu, aren’t they? And not just to breaking, but to all sorts of other types of (perhaps less graphic, but serious nonetheless) injuries. Well, if you want to maximize the strength of your bones, it’s not enough to supplement with Calcium; you need vitamin D as well!

Studies have shown that there’s a real connection between adequate vitamin D intake and bone health, and consequently the prevention of bone fractures and injuries in athletes. Let’s just say that the results of one study showed that a lack of vitamin D in young athletes’ bodies was linked to stunning 3.6 times more stress fractures upon physical activity! [1]
Safe to say, this is by far the most BJJ-specific benefit of vitamin D. If you want to keep training Jiu Jitsu long into the old age, then vitamin D is going to be a great friend of yours. Don’t neglect it.

Are you scared that the Coronavirus pandemic will take a toll on your ability to keep training; not just through the lockdowns and other governmental regulations, but also because you may get sick as well – and suffer the consequences?
Well, if you are, then you should be well aware that taking in more vitamin D can help you to stay away from this problem.

Vitamin D has an important role for the immune system, as it can improve the way your body fights off viruses, bacteria and other similar threats. Deficiency in this vitamin, on the other hand, was shown to be associated with increased autoimmunity and an increased likelihood of infection. Additionally, it pays off to know that this vitamin has been used – albeit unknowingly – to treat serious infections in the past, before the advent of antibiotics; such as tuberculosis.

Hand in hand with a stronger immune system goes the reduced inflammation benefit. Inflammation, basically, represents an accumulation of fluid and immune cells in injured tissue; which happens more than enough in Brazilian Jiu Jitsu. Vitamin D plays an important role in the modulation of the inflammation system, through regulating the production of these immune cells; thus making your inflammation „pass“ faster.
All in all, if you want to be as healthy as you can, taking in more vitamin D is a great step towards that goal.

HOW TO TAKE MORE OF IT?

Now, a great way to up your intake of the vitamin is by spending additional time in the sunlight. You could also eat certain foods, such as oily fish, red meat, eggs and fortified foods such as some fat spreads. But this isn’t enough to sustain the levels of vitamin that your body needs. Most people need between 1000 IU and 4000 IU of vitamin D each day; so your best bet is to buy a trusted vitamin D (or D3, more concretely) supplement – and intake it daily.

Make it a habit and take it every day. You now know that you should!