The Way To Becoming Better In BJJ Is Through SUFFERING 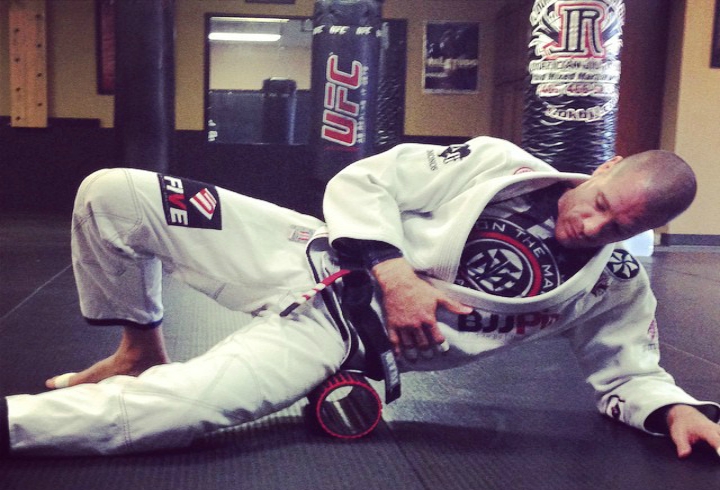 Things aren’t going exactly your way on the mats lately, aren’t they… It seems as if you’re constantly failing at every drill, roll and technique you attempt to execute. You’re getting crushed by almost every single one of your training partners and you feel as if the train hit you every time after training. In a few words: you’re suffering.
But so what? Suffering is the key to becoming better. Stop feeling sorry for yourself and read up!

WHAT DID YOU EXPECT?

First of all, what did you expect would happen when you signed up for BJJ? That you’re going to have an easy ride, both in regards for your ego and body?
Don’t forget that Brazilian Jiu Jitsu is a martial art, and a very demanding one with that as well. One where you can go full speed and strength against your training partners, one with arguably the most amount of full contact in training. The reason behind is that, unlike other arts, there isn’t such a high degree of risk for serious injury – like a concussion.

This means that you’re asking a lot from your body every single time you train. Consequently, you’re putting your mind to the test as well. And a lot of times, you will fail the test. You’ll get crushed over and over again in training and competition; a lot of times by the same people as years before… For you’re not the only one getting better, they are as well – and so, they remain ahead of you no matter how well you improve.
You will feel totally crushed after training, more often then not. Your lungs will feel as if they’re breathing fire when you roll. Your muscles will cramp up in the worst of moments when you’re competing.

Jiu Jitsu is a martial art through which the fibres of suffering thread deeply. Embracing this is the first step.

Secondly, look back at your own life. Which accomplishments are you proud of the most? Is it because you passed an exam which, by a stroke of luck, was made out of questions you prepared the night before… Or the final exam which you aced, thanks to the fact that you were studying day and night during the previous 30 days?
Was it when you received credits at your job because you solved a problem by accident… Or when you got praised for solving something after months and months of diligent efforts towards that objective?

Realize that almost all great, worthwhile successes – ones which you’re proud of – come after undergoing one degree of suffering or another. Plus, it’s not just the pride that you get through the ordeal; but you gain more knowledge on the go as well. And it is exactly this knowledge that will transform you into a formidable Jiujiteiro on the long run!

In the end, you can be safe to conclude that there is no other and no better path towards becoming the best Jiujiteiro you can be than through suffering.
Embrace this fact. Live it and look forward to it as much as you can. Because, when the push comes to shove – when it gets really difficult during that roll against the competitive brown belt – that’s when you are tested. That’s where your resolve to learn and improve will find the most fertile grounds to develop on.

This is when you need to remind yourself that THESE MOMENTS of suffering are the ones which count most. Which will, in the end, pay off much more than all other moments combined.