Watch: Guy Defends Against Dog Attack with a Guillotine Choke 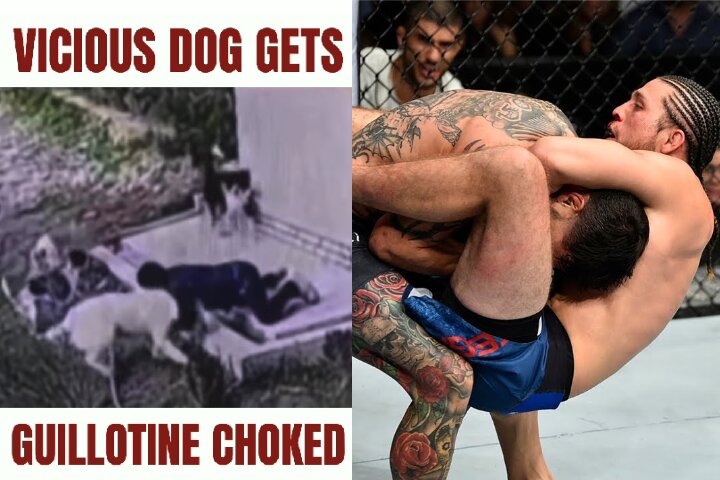 Imagine walking down the street, just minding your own business… And then, out of nowhere, an aggressive dog leaps towards you and tries to bite you!
What are you supposed to do in the case of such a dog attack? Especially if there are no options of backing out and the dog didn’t warn you or anything, but just attacked? Well, you might stay safe by putting the dog into a Guillotine Choke!

Don’t believe us? Then believe the video below, where a guy was just casually strolling along and experienced a dog attack (probably because the dog was simply trying to defend his territory).
However, the guy grabs control over the dog’s neck, sprawls, and puts him in a Guillotine Choke. The dog tries to posture up and reengage, but the guy stays heavy with the hips. Some other dogs also chime in, but are (luckily) just interested in seeing what’s going on, not in attacking as well.

Eventually, the dog’s owner turns up and manages to pull the dog away from the victim; which seems to have escaped the incident without injuries.
Check out what happened on the video below (and enjoy the Gracie Breakdown while at it):