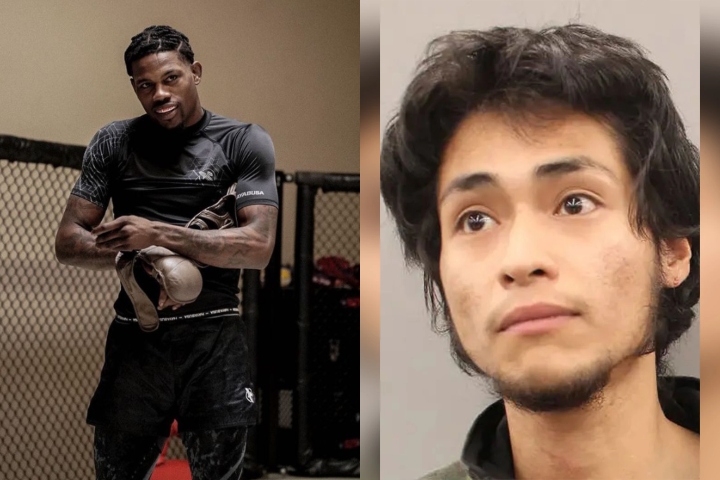 Kevin Holland, a well-known UFC welterweight fighter, is at it again. Less than two weeks after his win against Alex Oliveira at UFC 272, Holland and his friend Patrick Robinson were eating at a RA Sushi restaurant in Houston, TX… When a gunman entered into it.
Holland and Robinson then decided to become heroes, engaging the gunman in quick fashion; possibly saving a number of lives in the process.

Here’s what happened, according to the Houston’s ABC affiliate KTRK:

It happened around 11:30 p.m. when police say a panic alarm went off at the restaurant and they also received witness calls for a shooting in progress.
When officers arrived, a suspect was already in custody but not by authorities. They were being held by Ra Sushi customers.

According to HPD Sgt. Ricardo Salas, 40-50 people were inside the restaurant, but had to duck for cover when the suspect pulled out a gun and fired one time into the air.
Three customers rushed the shooter, and likely saved a lot of lives, Salas said.

“We were eating, and the next thing you know, a gunshot just popped off. So everything paused and then everybody started running to get down under a table”, said Patrick Robinson, one of the people who stopped the shooter.

Robinson and his friend ran toward the armed suspect, who had fired the shot in the bar area. A third person had grabbed the suspect.
“We got him down, apprehended him, got the gun away from him and the bag that he had”, Robinson described.

Kevin Holland said that he didn’t want to be interviewed by the media, on an Instagram story video:

This was Kevin Holland’s reaction shortly after he and a friend took down a gunman Monday night at a restaurant in Houston.

In an interview later given to ESPN, Holland claimed that he used a Rear Naked Choke to subdue the suspect:

Holland noticed the man on the bottom of the skirmish was the one holding the gun. He said he and Robinson helped pry the gun out of his hand. Holland said he then took the man into his lap, wrapped his legs around his legs and put him in a rear-naked choke submission hold.

“As soon as he was [asleep], I let go of the choke, slid out on top, got full mount, stretched the arms out so he couldn’t reach for anything”, Holland said.