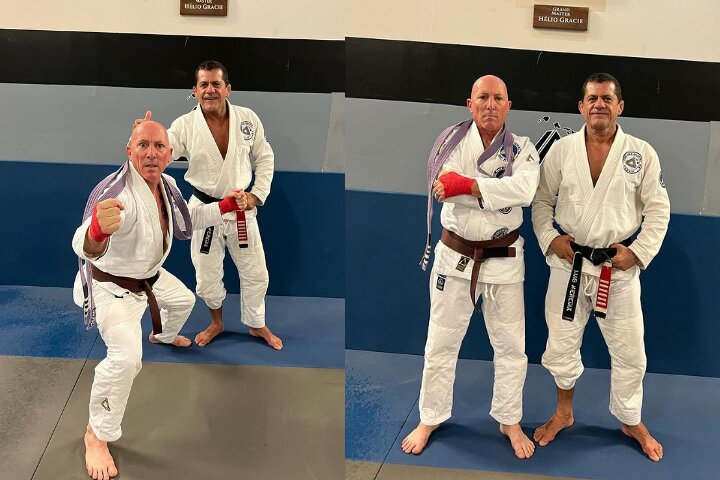 Maynard James Keenan is an American progressive metal singer, songwriter, musician, record producer, winemaker, and actor; best known as the vocalist for Grammy Award-winning American progressive metal band “Tool”. He has released four studio albums with “Tool”, and three with “A Perfect Circle”.
But other than that, Maynard has a strong BJJ background, having been training since the ’90s… And he has now been promoted to brown belt!

If Maynard’s name rings a bell for some other BJJ-related topics, you aren’t wrong. Back in 2010 he had an extraordinary display of skill – during a concert.
Maynard hip tossed a fan and then promptly took his back… All while singing.

In a Joe Rogan Experience episode, he explained what attracted him to BJJ and why he keeps training it:

It’s [Jiu-Jitsu] the hardest thing I’ve ever done in my life, it’s the hardest. It’s the most… I’m getting snowflakey weepy. It’s not something that you are handed. You have to do the work to get it. And I had so many injuries over the years. So much distance from this thing and I’m such a stubborn pr*ck that I have – I’ve started the thing and I’m gonna finish this thing. So that’s where I’m at with Jiu-Jitsu. And it’s not something that you can be handed.