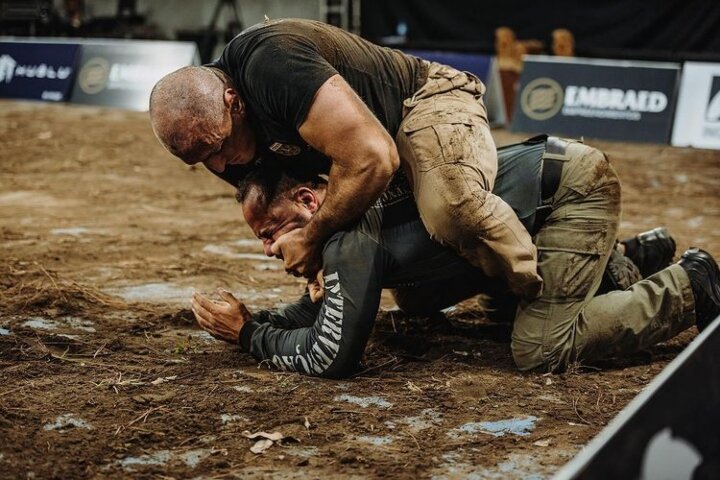 Combate Tático Desarmado – or “Tactical Unarmed Combat” – is a new format of submission grappling, developed in Brazil.
The first event under this format took place on October 23, 2021… And it’s extremely interesting!

Check out an example of how it looks like on the video below:

The Unarmed Tactical Combat is, essentially, a grand-prix format of BJJ tournament. Its competitors are public safety operators who fight with their combat uniforms (consisting out of tactical pants, rashguard, T-Shirt, boots, sneakers, jeans, and similar) on a 10m x 10m mat.
In order to bring more “reality” to the fight, the mat is covered with clay.

At the end of the tournament, the winner of each category receives a firearm as a prize.

According to the official website, the Unarmed Tactical Combat is the first event of this format in the world:

A Jiu-Jitsu competition that rewards the champions of each category with a firearm, a unique and realistic experience focused on police self-defense, which aims to train and test bravery. and will to win of the participants.

Additionally, the format aims to emphasize the importance of hand-to-hand combat skills for law enforcement: