Ronaldo Jacare: “I Want To Fight Belfort & Machida. I Don’t Want To But Would Fight Anderson If It Was For The Belt.” 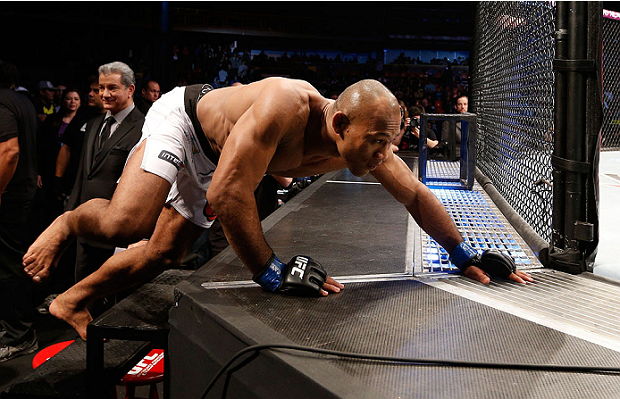 The debut Ronaldo Jacare in UFC had already drawn the attention of many people. But the crushing victory over the Japanese Yushin Okami , former challenger middleweight belt of the organization, has put the black belt on another level within the category. Like any fighter, the goal of Ronaldo Jacare is to reach a title fight. With his feet on the ground, he says he will not escape this responsibility, but believes that he still has to do a few more fights to win his chance. From Tatame:

“What does this win over Okami mean to you?

It is a benchmark in my career as an MMA fighter. The UFC will actually pay more attention to me. I proved that I’m ready to fight anyone in the division. I’m a complete MMA fighter. It is rewarding for me! I often used so much aggression when fighting, then I would get tired and did something else. This time, the aggression was ther. My killer was there, I was jsut much smarter and I also was technical. My MMA coach put an emphasis on Boxing then I had a huge evolution.

What has changed in Ronaldo Jacare since your first UFC fight?

For my first fight I was ready too, was 100%, and Camozzi was a tough guy, coming from several consecutive victories – including UFC Rio where he had beaten a Brazilian athlete. What happened on this last fight is that I went forward, I’m evolving, so I was as prepared as I was in Jaragua do Sul, only I was better physically. My technical part was much better Boxing, Wrestling was training with Adrian Jaoude, the physical part with Rogerão … Every day that passes, I’m evolving, and that’s the difference.

You are probably one or two fights from a title shot. Who do you consider the ideal opponent for you for this fight?

Would you fight with Anderson?

It is a fight that I do not want, do not ask Anderson. I would be a hypocrite if I said that I would like to face Anderson for the belt. He is a guy who has helped me a lot in practice, is a guy who helped leverage my technique, and I also helped him in the ground. We trained a lot of time together, and this is a fight that you usually do not want. But I will not give up my dream for another person, and everyone knows it. But I’ll say that I do not want, will not ask and do not wish for this fight ever.

Would you face other Brazilians like Belfort and Lyoto?

Of course! I do not even know why you ask me that. Who does not want to face Belfort, a guy who is in evolution and is knocking out everyone? Lyoto, who won the light heavyweight dividion? Of course I want! Send this fight for me. I accept! 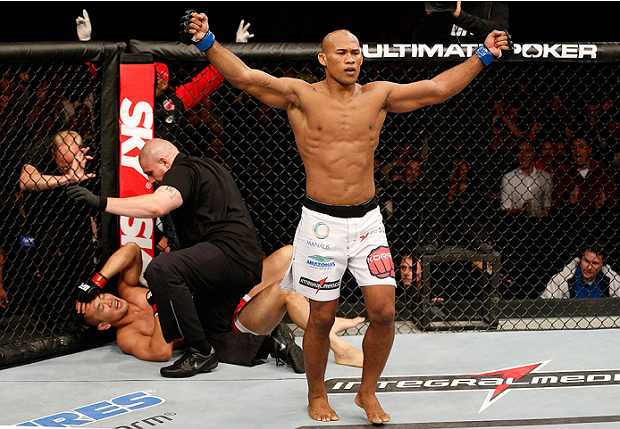 Will you help Anderson to fight against Chris Weidman?

I offered. I’ve talked with the Camões, because Camões is nearest to him, that if he needed my help I would be there to help him. He is a guy I’m rooting for, a guy who helped jumpstart MMA in Brazil. MMA is exploding because of Anderson. Royce was the first after Belfort and now Anderson. The fight that Anderson did to Belfort – and if anyone tells you otherwise is lying – made the world open their eyes to the Anderson and MMA in Brazil.

Do you believe that Anderson regains the belt?

I think that Anderson regains the belt because he is a phenomenon, and has all the weapons to win. In the last fight he could have won, unfortunately something went wrong.””