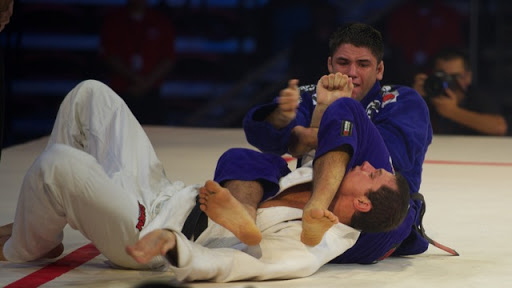 In October 2012, at Metamoris Pro 1, Roger Gracie put his gi back on to face the biggest name in Jiu-Jitsu today: Marcus Buchecha Almeida . The match ended in a draw after 20 minutes. The two meet meet at Metamoris 3, which has no date set yet, but should before the end of the year.

In an interview with tatame, Roger revealed that he received an invitation from the event organizers to face once again the athlete from Checkmat, but left an open answer, as his participation depends on the date of his next fight in the UFC and if the UFC will allow him to participate.

Gracie had picked up a staph infection days before his Metamoris fight, hindering his performance. he made ​​his UFC debut last July 6, UFC 162. After three rounds and a performance below expectations, he lost to Tim Kennedy. Later this year, he hopes to enter the Octagon again although he has already fought twic this year.

Roger vs Buchecha in Metamoris 1