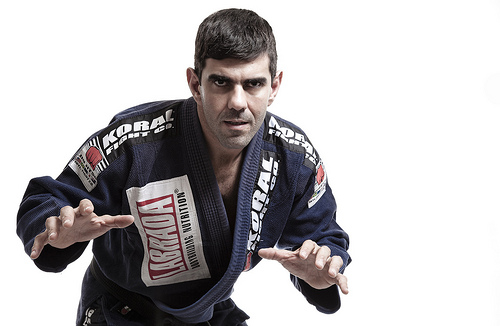 Rodrigo Cavaca announced on the morning of Wednesday that he would be leaving team Checkmat. The coach of Marcus Buchecha plans to air his career and therefore is out of the academy. The black belt will join a UFC fighter – whose name has not yet been revealed – to found a new team with big plans:

In an interview with tatame, Cavaca explained that he had planned this project for some time and ensures that it is time to put it into practice.

“The opportunity came up and I will partner with a UFC fighter, who is like a brother to me. We will join forces and create a new team. I can not divulge details, but he is a great icon of the Jiu-Jitsu world. At first, the transition is kind of shocking for everybody, but we are a great team and we will make noise. “

In Jiu-Jitsu, Cavaca know that the act of changing teams is often misunderstood. However, he says that this time he is able to put everything in its proper place:

“Leozinho (Vieira) got a little upset, but he understood. I’ve been through transitions of teams, and he also. In the beginning, everyone is upset, but time is the best medicine for everything. I have a clear conscience because I have always defended the Checkmat with all my strength. I was five years in the team, but we have our projects. It was a difficult decision, but surely things will go naturally. As time goes on, he’ll understand a little more. Every output generates thoughts, opinions, not everyone is required to understand. I’m not seeing friction. I am grateful to Leozinho and everyone. “

Considered like a father by Marcus Buchecha, Cavaca left his pupil free to decide his future and because of the ADCC, expects it to be in order not to compromise his training:

“Buchecha is like my son. Today he is in California, he has a independent life. I told him on tuesday. I did not ask him to come with me, but I am awaiting what he will say. I do not want to disrupt his preparation for the ADCC. For his sake, I would like him to stay in Checkmat for now because of training with his partners, as Lucas Leite, Joao Assis … I would never force him to do something that could hurt him. The fact is that we have a relationship of parent and child, wherever he is. He has told me that he will always consider me his coach. Who knows us knows of our relationship.”

Explained Cavaca, citing that Michelle Nicolini was the only athlete who decided to stay with the team.

“Right now everyone is with me, I only had one let down: Michelle Nicolini, who is with me for four years. When I communicated this to all, I asked who wanted to go with me, to talk, and she was the one who chose to stay. She said she feels good at Checkmat.”