Rodolfo Vieira To Those That Doubt That He Is Steroid Free: “I’ll Bet You My 2 Cars That I’m Clean.” 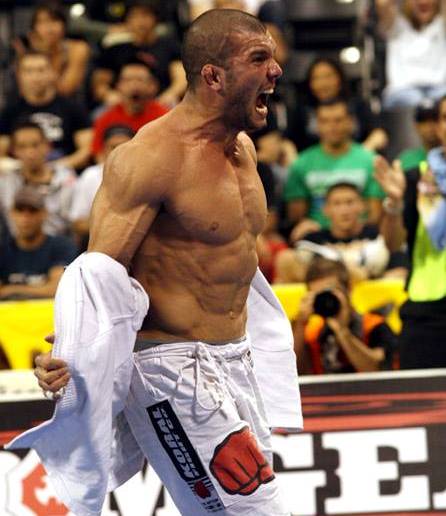 Weight and absolute champion in 2011 and heavyweight gold medallist the following year, Rodolfo Vieira will be back in California later this month to compete in the World Jiu-Jitsu Campionships, and about the big news of this year, doping tests, the black belt says no worries.

“Dude, that does not change anything for me. I do not want to know who has used, is using or has stopped using. I do my part, which is to train very hard, “he says. “I’ll never lose to a guy and say, ‘Oh, I lost because he took steroids,’ I do not need it, never felt the need to use. But if he felt he needed too, I would have no problem, but thank God I inherited these good genes, and is quite rare (laughs). ”

While highlighting his family’s genes as the key to his physical strength, the fighter said. “Many people accuse me of taking”.

Confident of himself, he proposes a wager: “Whoever has been doubting me and wants to test me, I paid the examination out of my pocket. I’ll pass the test before, during or after the Worlds, when necessary. And I bet my two cars with anyone who doubts, “fired the black belt, whose cars are worth over 75 thousand Reais ( around 28,000 euros)

“I wanted to do this bet before, and now is the time: before the most important event of the year.”

“I’ve been the favorite but today it’s Buchecha.” he says. Rodolfo knows what other names can steal the scene: “It may surprise many that this World has Xande, André Galvão, Romulo Barral, Joao Gabriel, Leo Nogueira, Bernardo Faria … There is at least a few more there (laughs). This absolutel will be on fire. ”