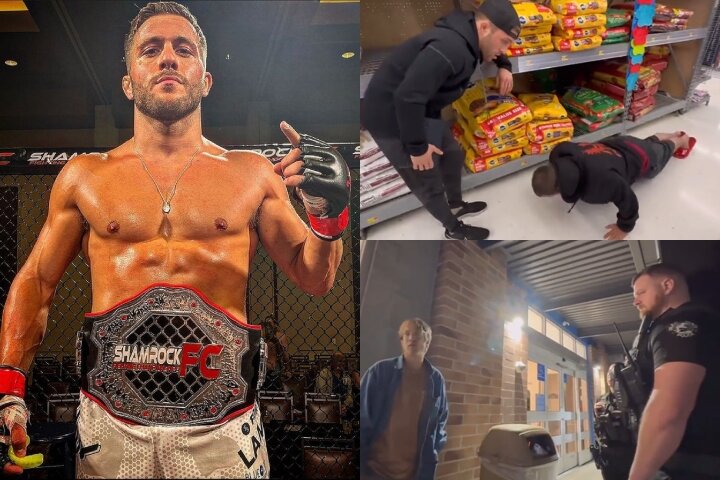 Dustin Lampros is one of The Ultimate Fighter (TUF) alumni; the world-class fighters who, even if they don’t make it to the UFC, often succeed in other promotions.

However, Lampros found purpose in another calling as well – to catch and punish child predators. More specifically, he catches child predators and makes them do push-ups and squats, before turning them to the police.

For instance, in a recent video, Lampros can be seen confronting a man who seems to have been carrying blankets and a condom to smoke marijuana with a 13-year old in a park.
The fighter then makes the man do push-ups and squats, before the video cuts to him confronting another predator and handing him over to the police:

TUF 29 alumni @Scrappy135mma has made it his mission to catch child predators and turn them over to the police 🎥 (via 561pc – IG) pic.twitter.com/MyGn2ecOlV

“Scrappy” was featured on The Ultimate Fighter 29, where he faced Vince Murdock. Even though he put on the pressure against his opponent early into the fight, Lampros lost via TKO.

Despite not earning a UFC contract, however, Lampros went on to succeed at the Shamrock FC organization – where he became a featherweight champion last year, extending his professional MMA record to 8-0.