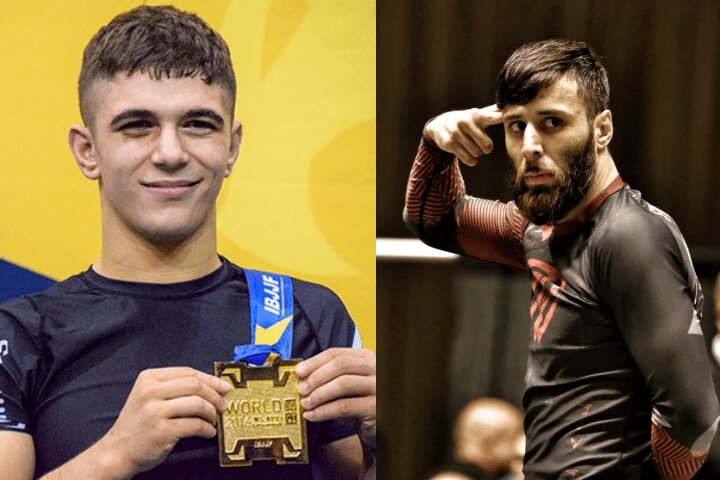 Mikey Musumeci won the match against Geo Martinez at The Road to ADCC via points (6:0). However, the match result itself was put in a backseat as Mikey went on to speak of Geo as: “… a low class person”, during the post-match interview.

WHAT HAPPENED BETWEEN MUSUMECI AND MARTINEZ?

The rivalry between the two began well before the match took place, when Martinez claimed that he was focused on the match and not there to make friends with Mikey… Which stood as a polar opposite to Mikey’s behavior that praised Martinez’s Jiu-Jitsu before, and offered pizza for after the match.
Plus, there’s an added point that Martinez allegedly said before the match: “Why is he [Musumeci] speaking Portuguese? I’m more Brazilian than he is”, as a response to Musumeci speaking Portuguese.

So, after the match was over, Mikey rushed over to Eddie Bravo (Geo’s coach) and raised his arm in an angry manner. The two spoke, apparently arguing, but the video didn’t capture the audio of the conversation.
During the post-fight press conference, he claimed:

He was talking crap the whole freaking fight, so amateur. We’re setting an example for the next generation That’s ridiculous how he’s behaving. I hung out with him during a tournament. I thought we were friends. Then he changed his persona. I guess he cares more about followers than how he acts with people. Ridiculous.

Later on, Martinez went to Instagram and pushed out a 44-minute video as a response. In it, he offered Musumeci a fight under Combat Jiu-Jitsu rules (which allow for open palm strikes on the floor), and said:

I find it funny, he tries to act like he’s Brazilian but he’s not. He’s from New Jersey.