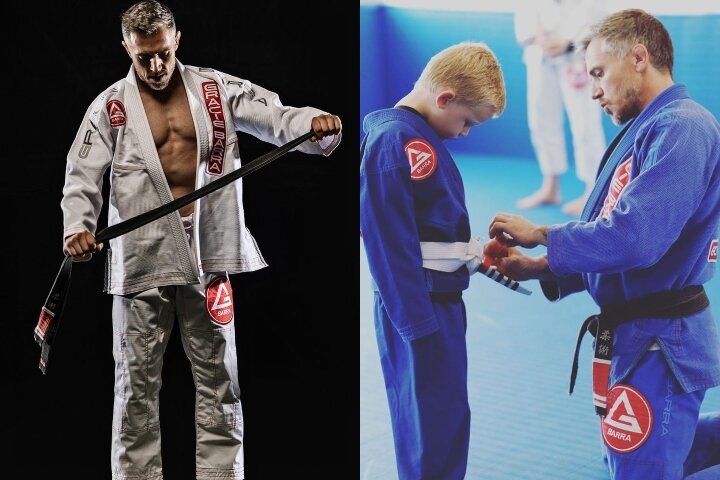 Mike Bates is one of the most interesting people you’ll hear about in your life. He is a BJJ black belt and a head instructor at Gracie Barra Roundhay Leeds (United Kingdom), as well as a Royal Marine. He worked counter-terrorism operations for the UK government, but then quit his job in order to run a Jiu-Jitsu school.
What’s more, he recently founded “The Atlantic Grappler” charity, which raises money for a pediatric hospital in Leeds.

So far he’s raised more than $200.000 and is on the road to raise more… Before December this year, when he’ll solo-row a boat across the Atlantic ocean.

The Jiu-Jitsu Times spoke to Mike about his work in Jiu-Jitsu and about the challenge of rowing across the Atlantic:

I think, you know, any great instructor is a great inspiration to their students. We’re in the people development game and jujitsu is the tool we use to develop people.

So, it’s broader than just the collection techniques. It’s about bringing people together to form strong communities and tribes, and then, you know, that tribe needs a leader.  It needs people to go out and find new stuff and to share their experiences.
So that’s at the heart of what I do. It is what I’ve always done, always served.

My latest venture is to roll solar across the Atlantic, this December. So under 200 days to go. And of course, you know, with any great feat like that, you need a really strong motivation, which I’ve got very deep.

Bates is rising money for the Pediatric Intensive Care Unit at Leeds General Infirmary, the unit that saved his son’s life.
Namely, both of Mike’s children were born prematurely and needed lots of help in the first months of their lives. Mike shared more information:

Our youngest son Gabriel had complications and contracted meningitis which meant that the first period of his life was spent in and out of intensive care.
Without the amazing staff and facilities at LGI, our lives would be very different today. We’re the lucky ones, but we met many families along the way that weren’t so fortunate. I want to try and change that for future families who so desperately need the specialist care we received.

It’s for that reason that Mike Bates will set out on a solo-rowing feat across the Atlantic Ocean in December 2022:

I’ll battle with sleep deprivation, salt sores and physical extremes inflicted by the race. Left alone with my own thoughts, the expanse of an ocean and the job of getting the boat safely to the other side.
More people have reached the summit of Everest or travelled into space than have successfully rowed an ocean.

Your generosity will help to get The Atlantic Campaign to Antigua and save many lives along the way.

Read more about the fundraiser and the challenge on the official website and, if you want to donate to Mike’s cause, you may do so on the following GoFundMe link.