Marcus ‘Buchecha’ Almeida: “Work Hard – I Promise It’ll Be Worth It” 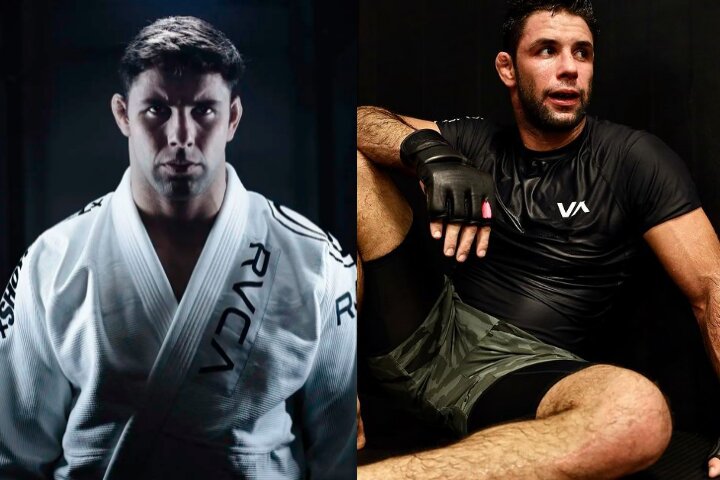 Marcus “Buchecha” Almeida is one of the greatest Brazilian Jiu-Jitsu athletes of all time – with 13 black belt world titles and 2 ADCC championship titles to his name. He is now also a successful MMA fighter under ONE Championship; winning both of his fights by the way of submission.
Following his most recent win, BJJEE had a short conversation with Buchecha about his BJJ training, his titles, working hard, and why he treasures friendships he made along the way much more than the golden medals.

BJJEE: Thank you for your time, Marcus. In your recent interview for MMA Junkie, you’ve hinted that it’s time to move on from competing in Brazilian Jiu-Jitsu.
Will you still keep training BJJ in the gi? Or are you now focused on training BJJ solely for the purpose of MMA?

Buchecha: Yeah, of course. BJJ is going to be something that is going to be in my life forever. I’m not training it in the gi as much as I want to, but I’m training no-gi pretty much every day now.
But I still train [in the gi] at least once per week. Of course, my focus now is training in no-gi, just to get better in my no-gi game.

BJJEE: So you still make time for gi training, even though you aren’t competing in it?

I train because I love to be in the gym, I love to be around my friends; but I don’t think about it competition-wise anymore because I don’t like the rulesets.

Buchecha: Yeah, well… I’ve been training professionally my whole life. I’ve been training hard since I was like 14 years old. So, it wasn’t [as big of a transition].
Of course, now I got to train Boxing, Muay Thai, Wrestling, Jiu-Jitsu… So, of course there’re a lot of other things to train. But, my focus is the same as it’s always been. I’ve been training hard – I wanna get better, I want to evolve. So I try to use the same mindset in MMA that I had throughout my whole Jiu-Jitsu career, and I think it’s working pretty well.

BJJEE: And that mindset has worked greatly for you, considering that you earned 13 black belt world titles and are a 2x ADCC champion. Which one of these titles/championships means the most to you?

BJJEE: You are one of the greatest to ever do it. What do you think is the most important thing for success – both in BJJ and in life?

Buchecha: That’s a really important question. I think that the “secret”… Well, I don’t know if it’s a secret. But, at least for me, [the key] was the combination of hard work and being passionate about something.
My whole life I’ve been passionate about Jiu-Jitsu and I worked hard. So, when you mix those two together, I think that’s the perfect combination. And when you put your hard work in, when you’re 100% into that, there’s no way it’ll go wrong.

It doesn’t matter if it’s in your sport, in your personal life… If you put your 100% into working hard in something and you’re passionate about it – that’s the secret. Work hard, and you’re going to get there.

BJJEE: Thank you for the great advice, Marcus. And lastly, when you look back on everything you’ve achieved so far, which lessons have you learned along the way?

Buchecha: Yeah, I don’t think that you can do anything in life while thinking about “today”. Because, I’ve seen my close friends changing because they won a title or a gold medal… And I promised myself that I would never become one of those people.

The titles, the gold medals, that’s all going to just fade away. Soon, there’ll be a “new Buchecha”, a new world champion…
So, I try to keep the friendships, everything that I built as a person. I think that’s most important. The titles, the name that I have… That’s just going to be something that will fade away. It’s not the most important thing. It’s what you built in your personal life throughout – that’s what matters.