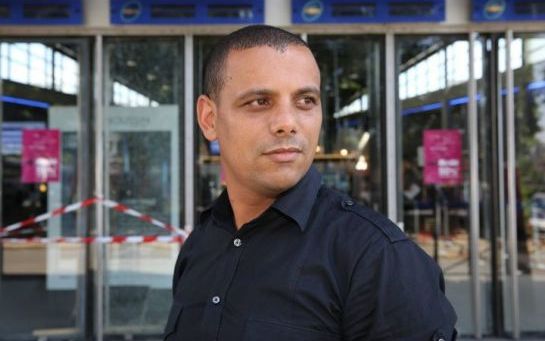 Rosny, France. Fouad Ben Ahmed was preparing to watch the movie “The man of of steel” (superman) together with his 2 children in a cinema on Wednesday night at 9:40 pm. A man is then introduced himself into the cinema, armed with a shotgun. “He first threatened the cashier before heading towards the clients lining up to buy tickets inside the cinema” says Fouad. The 37 year old father of two states that in this moment he was “very afraid for [his] children.” Immediately, he decided to follow the man quietly before controlling him and subduing him with a jiu-jitsu technique.

“I was lining up with my kids to buy our tickets for the ‘Man of steel movie’. I then saw a man walking towards the cashier with a shotgun. It was obvious that he wasn’t a police officer. The cashier immediately called for help. As the man was walking towards the other clients with his gun, I told my children to relax and that I would be back. As the man approached us, I hid behind him and followed him for 10 meters as he was walking. When I felt ready I applied a Brazilian Jiu-Jitsu choke hold on him from the back and put him to sleep and then put him to the ground and controlled him there. The security and police then came and arrested the man. I had to do something as my children and other children were there. We always of of these massacres with shootouts in public place. We actually went and watched the movie after all that.”